“Best of” In the Press

The (Promising) Future for Flying Cars

“The flying car—it’s been a tantalizing but elusive dream since the early days of aviation. Now a new wave of entrepreneurs, NASA and the Pentagon are trying to reinvent personal flight and put an aircraft in every garage.” 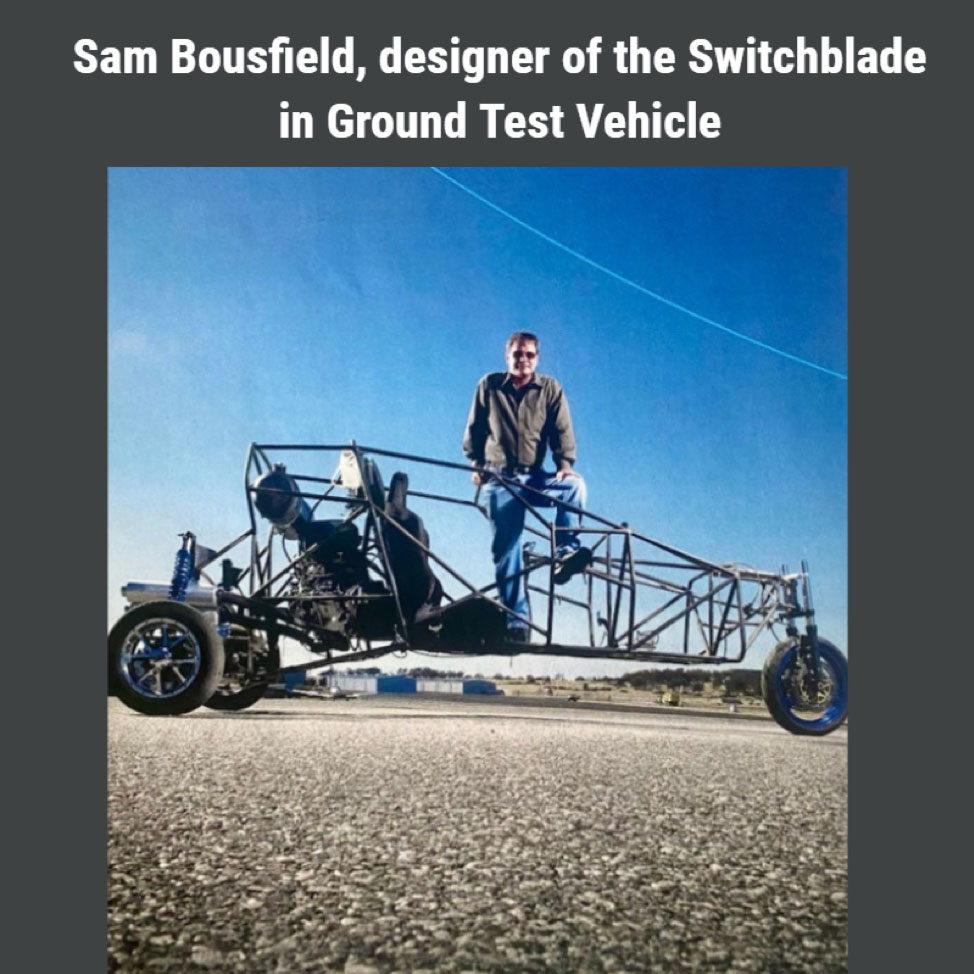 “The… Switchblade is far closer to reality than most flying-car concepts ever get. The race-car-sleek lines, tinted windows, curved rear aerofoil and bright red paint are designed to… fire the imaginations of pilots. It seems like a hopeful time for the flying car.” 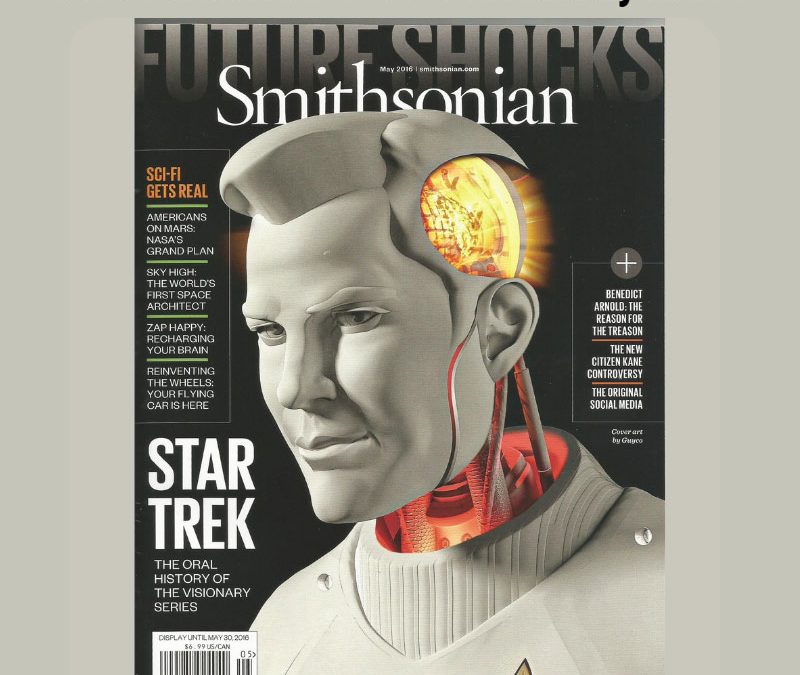 The Future of Cars is Already Here

“Bousfield wanted to unchain himself from the prescribed geography of 20th-century air travel.” 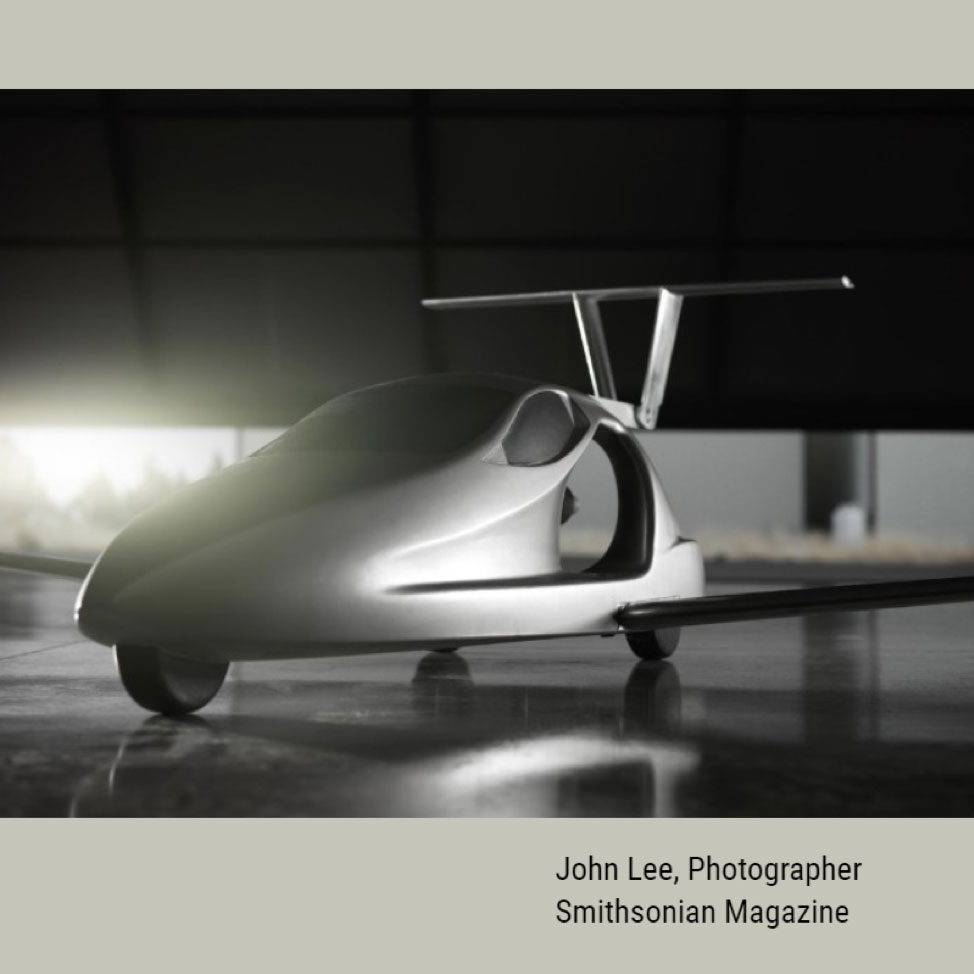 “Bousfield developed a full, aerodynamically sleek wing on a pivot that stows neatly and safely beneath the length of the vehicle. As a result, the prototype of Bousfield’s company, Samson Motorworks, looks like a supercool race car, with wings that spring outward from beneath the body at the press of a button, hence the name: the Switchblade.” 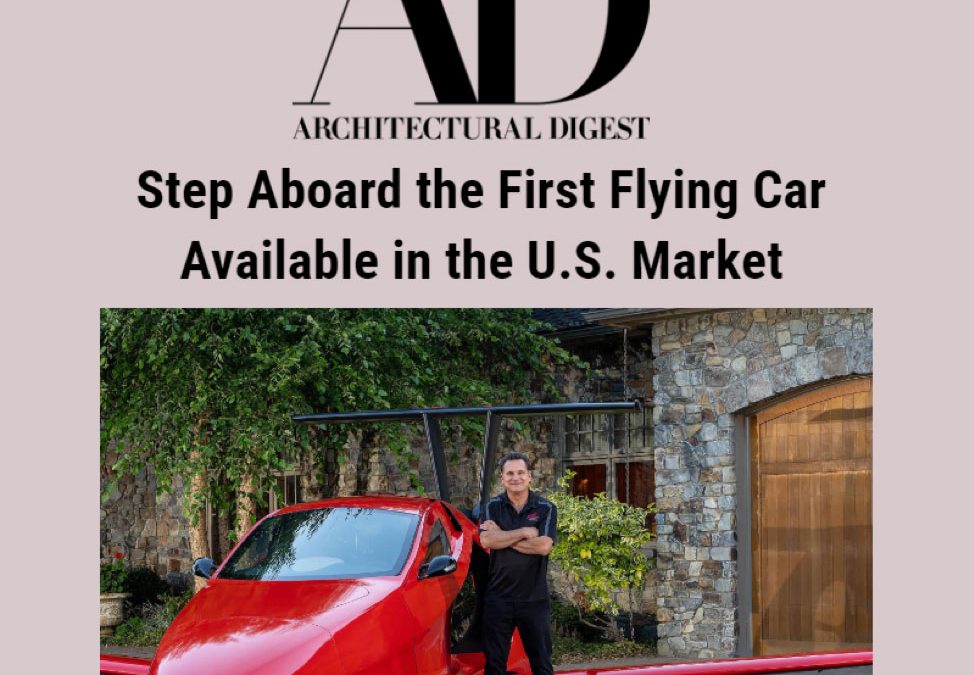 Step Aboard the First Flying Car Available in the U.S. Market

“The company’s founder and CEO, Sam Bousfield, was an architect before embarking on this latest venture… ‘One thing that has always stuck with me is that an architect is part engineer and part artist,’ Bousfield tells AD. ‘It turns out that is a nice combination with which to approach something as out of the box as a flying car.’

This background in building design encouraged him to believe a flying car could be both structurally sound and beautiful. ‘Our biggest problem so far has been the common misconception that a flying car has to be a mediocre car or a mediocre plane, or both. Because I was an architect, and not trained to think that this couldn’t be done, I didn’t see it that way.’” 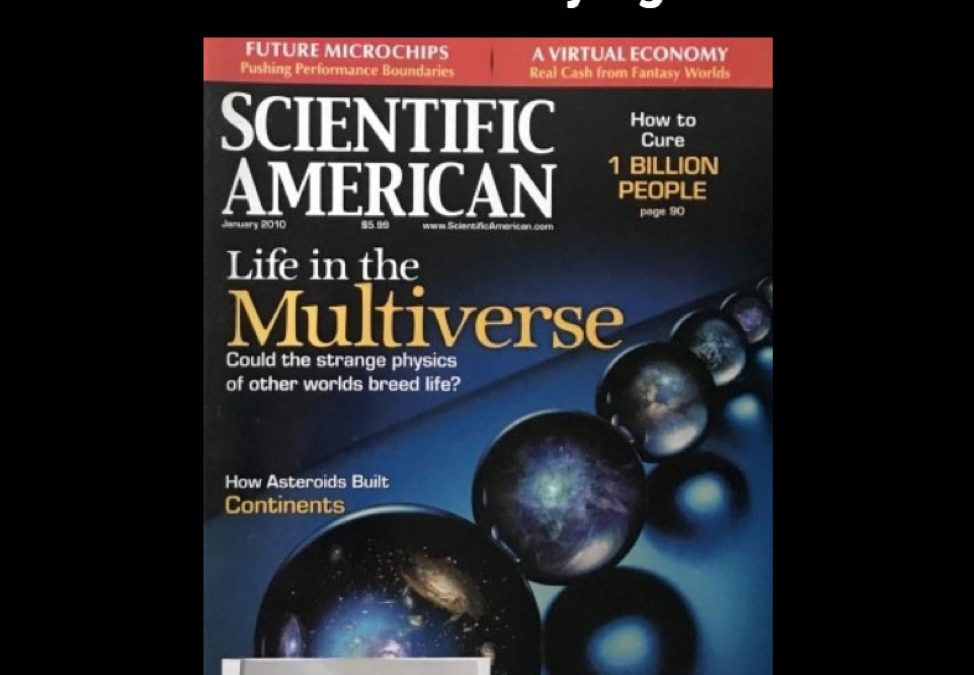 “Occupants would sit in the aerodynamic Switchblade side by side in leather seats and climate-controlled luxury, behind an aggressively angled nose…

On solid ground, the wings would swing into clamshell compartments, protected by a steel keel.

Sexy design and the promise of air–ground transport have kept alive dreams of a flying vehicle in every garage. Ultimately, the Switchblade will succeed where others have failed, Bousfield believes, because it will morph so easily between transportation mediums.

Compared with its chief flying competitors, however… it appears to be the most practical air–ground hybrid.

Bousfield… like many a pioneer before him… is pushing onward and upward. And after that, the rest could possibly be personal transportation history.” 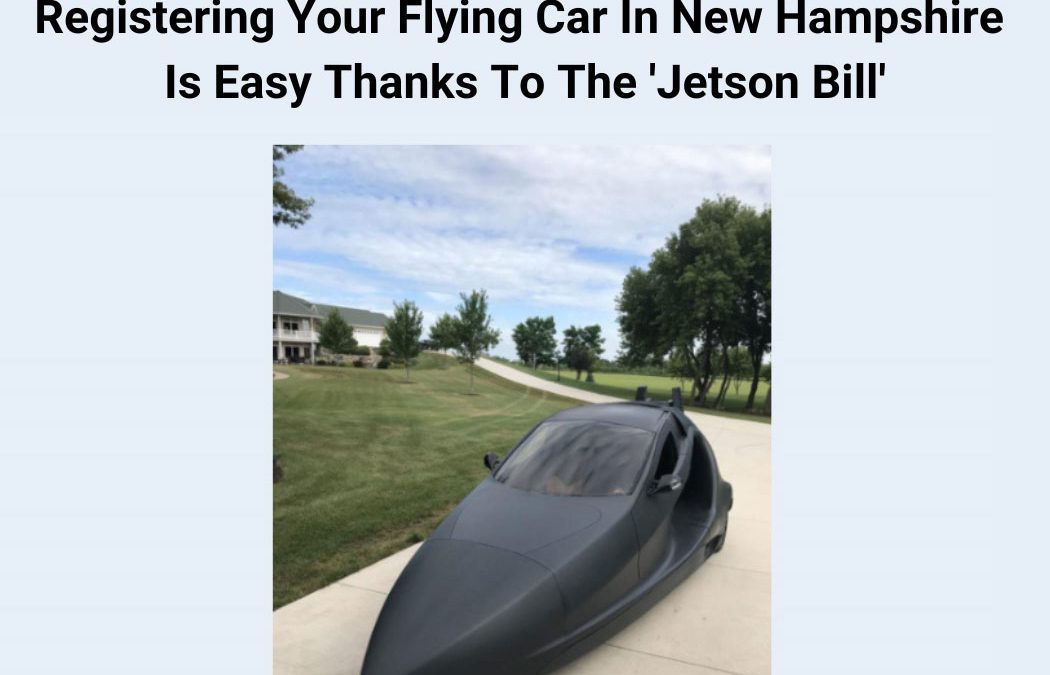 “Crucially, from the point of view of companies looking to build and sell flying cars, the bill provides for the road registration of such vehicles along with the establishment of rules for inspections and accidents.

In essence, the legislation makes it more practical to drive your flying car to and from an airport.

Samson Sky, PAL-V and Massachusetts-based (Chinese owned) Terrafugia all provided legislators with input on the technical capabilities and safety aspects of their offerings as cars. While there are differences between safety requirements for airplanes and autos, there is some crossover, Sam Bousfield, notes.

‘I think it’s going to be the best way to introduce this type of vehicle,’ Bousfield affirms. ‘If there’s a problem that crops up, governments have the opportunity to revisit it and make sure there’s enough safety for people and yet there’s enough flexibility so that something new like this could actually happen.’” 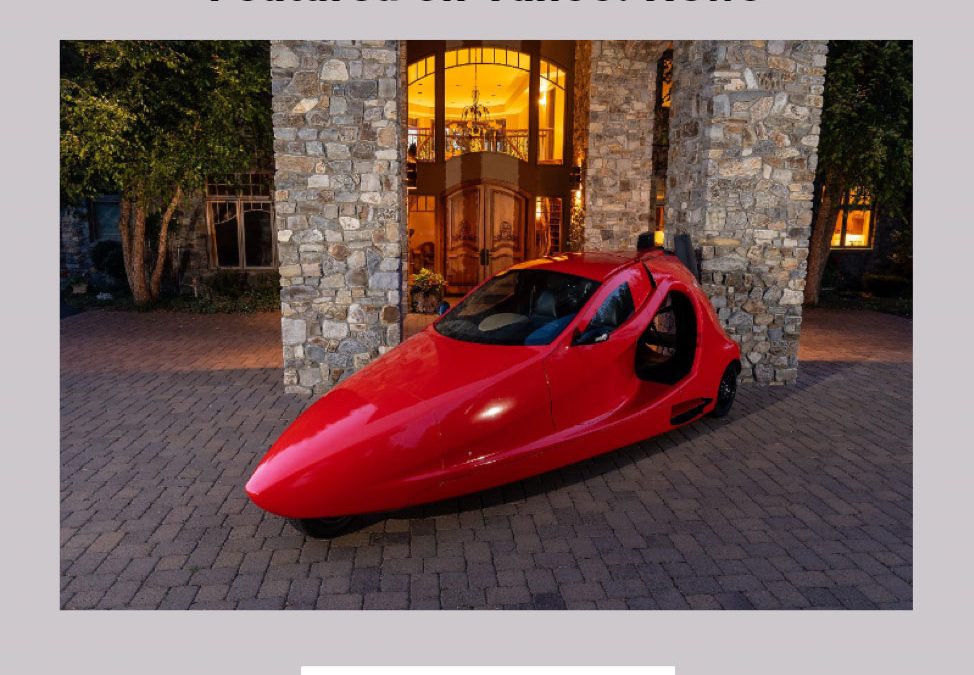 “A Ferrari-red flying car could soon become every commuter’s dream come true: It would fly over miles of gridlock to work, land and then drive a mile or two to their parking spaces.

The innovative vehicle was designed to offer all the amenities of a luxury car, including its hybrid electric-drive system, for a smooth journey in the air.

When it lands, its wings fold into the sides of the car.” 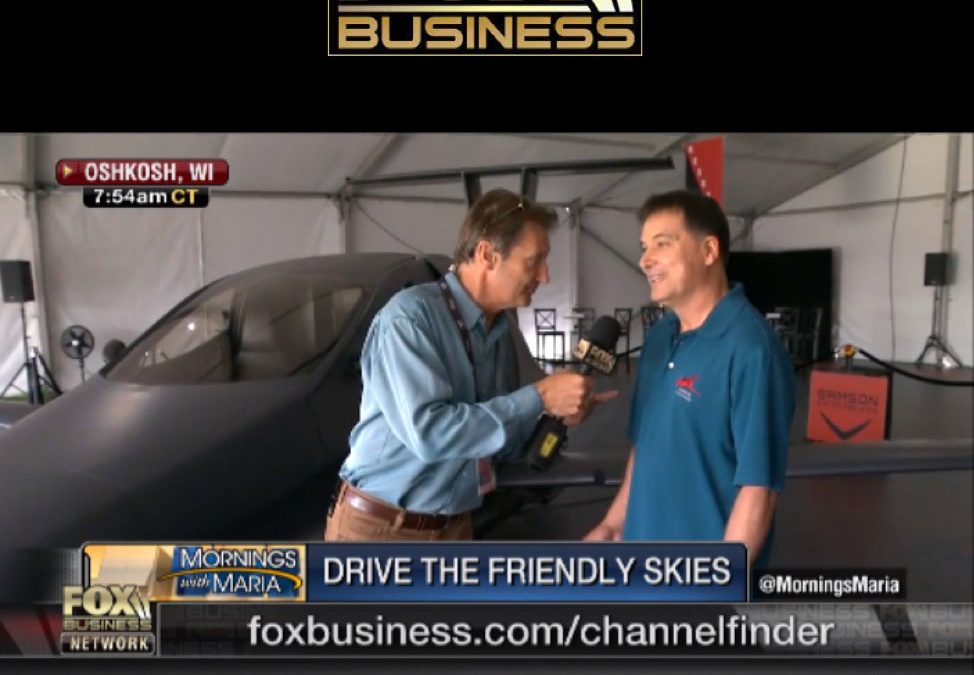 The world’s first flying car is about to take flight

“Traffic jams could become a thing of the past, with the latest advent of a car… that doubles as an airplane.

According to Bousfield, the founder of Samson Sky, the Switchblade can reach more than 190 mph in the air, with an average cruise speed of 160 mph. On the ground, it can reach more than 100 mph. ‘This is high performance,’ he said during an interview with FOX Business…

‘This allows people to enhance their lifestyle, so that their reach everyday can be further, faster, and get more done.’” 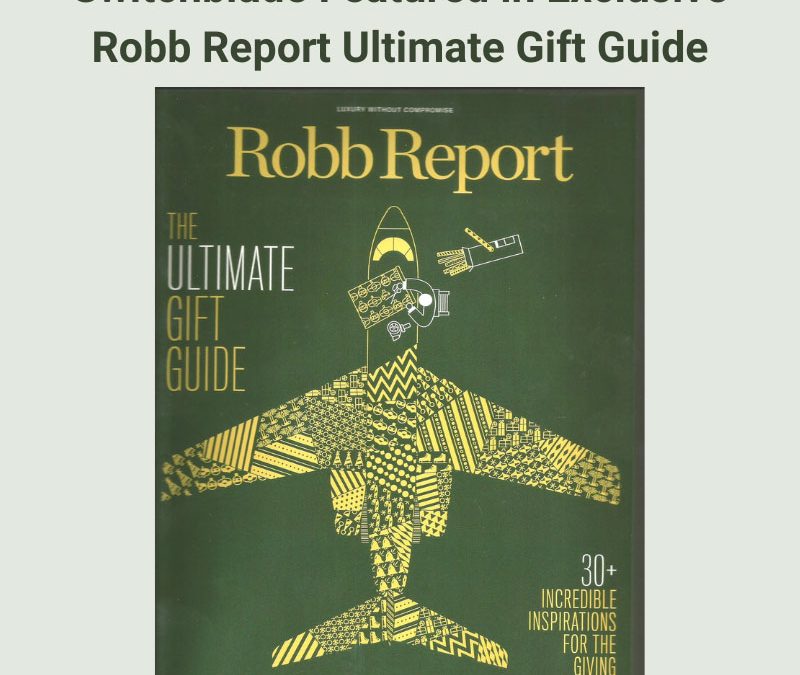 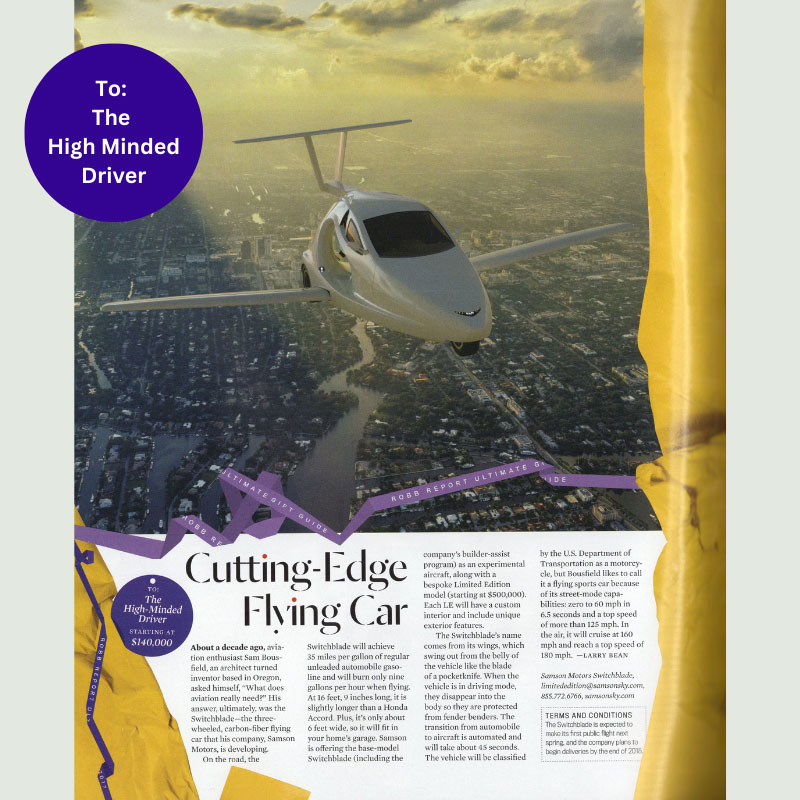 “On the road, the Switchblade will achieve 36 miles per gallons of regular unleaded automobile gasoline and will burn only nine gallons per hour when flying. At 16 feet, 9 inches long, it is slightly longer than a Honda Accord. Plus, it’s only about 6 feet wide, so it will fit in your home’s garage.

The Switchblade’s name comes from its wings, which swing out from the belly of the vehicle like the blade of a pocketknife. When the vehicle is in driving mode, they disappear into the body so they are protected from fender benders.

… Bousfield likes to call it a flying sports car because of its street-mode capabilities: zero to 60 mph in 6.5 seconds and a top speed of more than 125 mph. In the air, it will cruse at 160 mph and reach a top speed of 180 mph.” 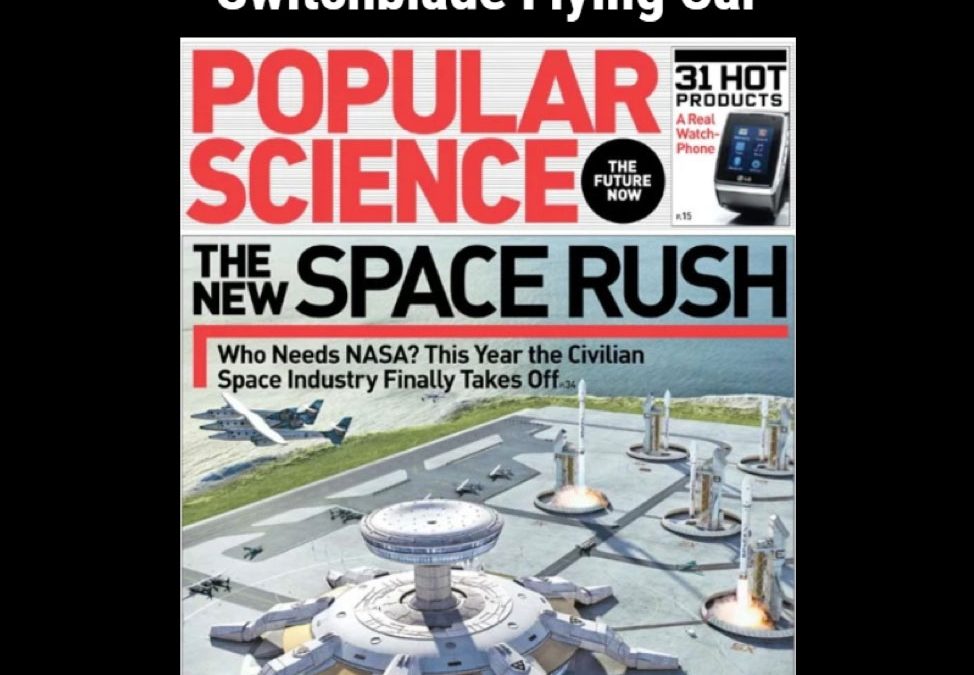 “The Switchblade still retains some car-like features — occupants sit side-by-side in an enclosed climate-controlled cab, for instance — but the long nose… is more rocket or drag bike than modern sedan.

Where it couldn’t dodge regulatory hurdles, Samson engineers have met them head-on, installing rearview mirrors that retract during flight to reduce drag and devising wings that scissor open during flight mode but stow away in contained, protective underbelly compartments during ground transit.” 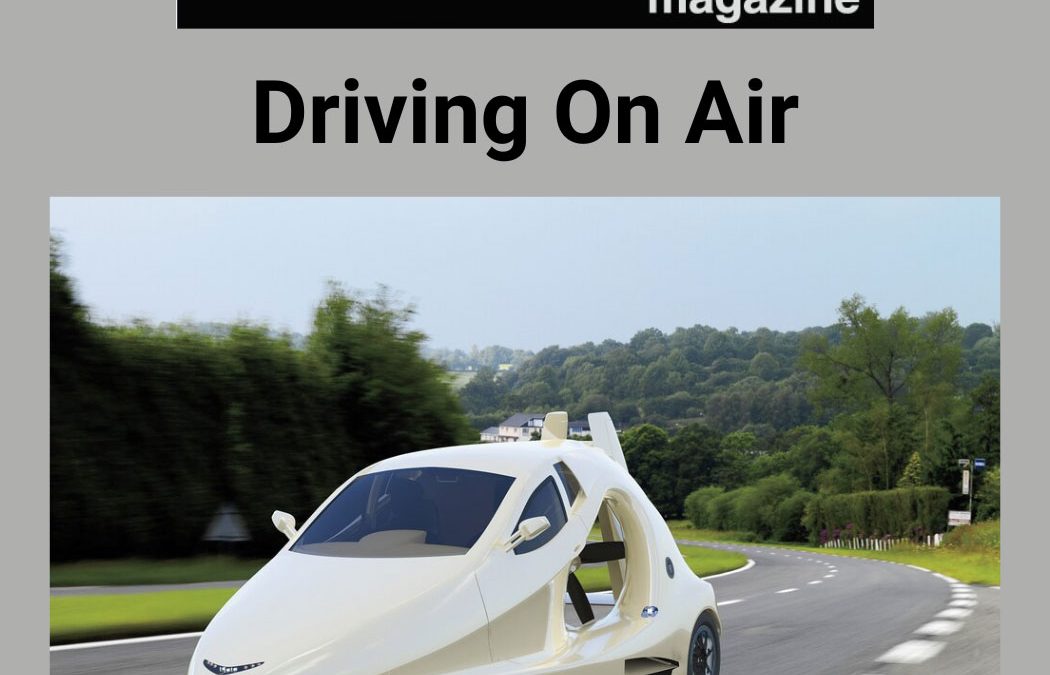 “For more than a century, inventors, futurists, hucksters, journalists, and even a few blue-chip corporations promised, ‘Flying cars are just around the corner!’ But maybe, this time, they really are.

But maybe, just maybe—if you believe today’s engineers and entrepreneurs—our Jetsons future of “Personal Air Vehicles” (PAVs) may actually now be just over the horizon.

…Sam Bousfield, a former architect and a private pilot, founded Samson Sky in Redmond, Oregon, to design and build his Switchblade flying car. He’s convinced that, for now at least, roadable aircraft like his Switchblade… are the way to go.

The barriers are daunting. Then again, today’s commercial aviation system started from zero just more than a century ago. There’s no reason to believe an entirely new transportation mode couldn’t be developed—at least given enough time and money.” 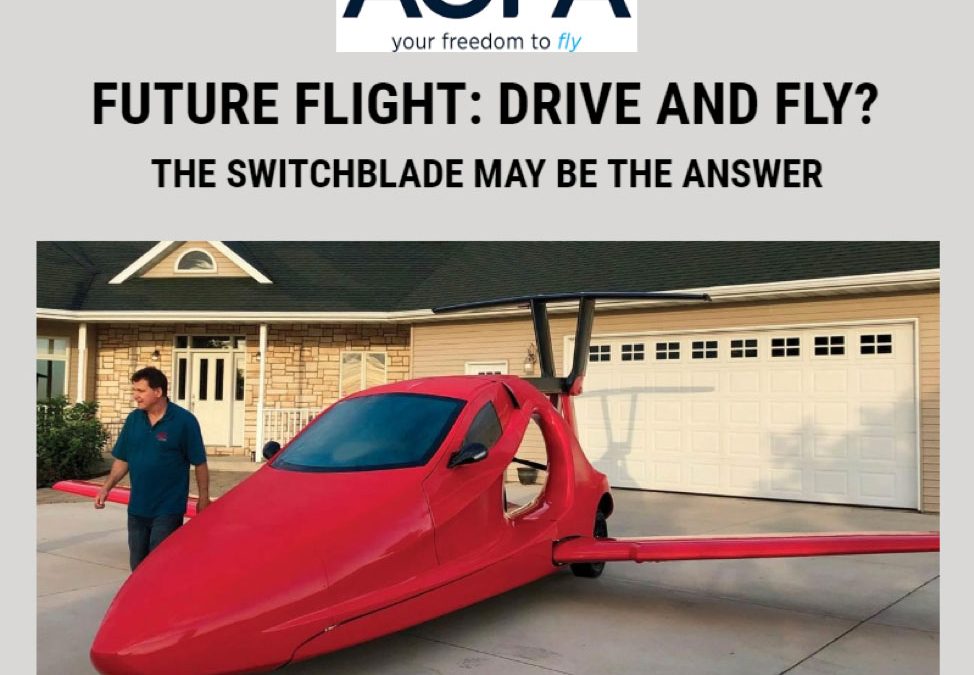 Future Flight: Drive And Fly? The Switchblade May Be The Answer

“It’s got a parachute, it has a dashboard that changes from flight gauges to driving gauges, and it looks as sleek as its name. The Samson Switchblade is a flying sports car concept developed by Sam Bousfield…

Its folding wing spar recently received its U.S. patent. The wing folds inside the car, giving the Switchblade its sleek, aerodynamic on-the-road appearance.

With wings out and tail up, it doesn’t look as dynamic, but Bousfield promises it’s the answer to those who want to both fly and drive safely and efficiently.”

“Best of” In the Press

“The flying car—it’s been a tantalizing but elusive dream since the early days of aviation. Now a new wave of

END_OF_DOCUMENT_TOKEN_TO_BE_REPLACED

“Bousfield wanted to unchain himself from the prescribed geography of 20th-century air travel.

END_OF_DOCUMENT_TOKEN_TO_BE_REPLACED

“Crucially, from the point of view of companies looking to build and sell flying cars, the bill provides for the road…

END_OF_DOCUMENT_TOKEN_TO_BE_REPLACED

“A Ferrari-red flying car could soon become every commuter’s dream come true: It would fly over miles of…

END_OF_DOCUMENT_TOKEN_TO_BE_REPLACED

“Traffic jams could become a thing of the past, with the latest advent of a car… that doubles as an airplane…

END_OF_DOCUMENT_TOKEN_TO_BE_REPLACED

“On the road, the Switchblade will achieve 36 miles per gallons of regular unleaded automobile gasoline…

END_OF_DOCUMENT_TOKEN_TO_BE_REPLACED

“For more than a century, inventors, futurists, hucksters, journalists, and even a few blue-chip corporations…

END_OF_DOCUMENT_TOKEN_TO_BE_REPLACED

“It’s got a parachute, it has a dashboard that changes from flight gauges to driving gauges, and it looks as…