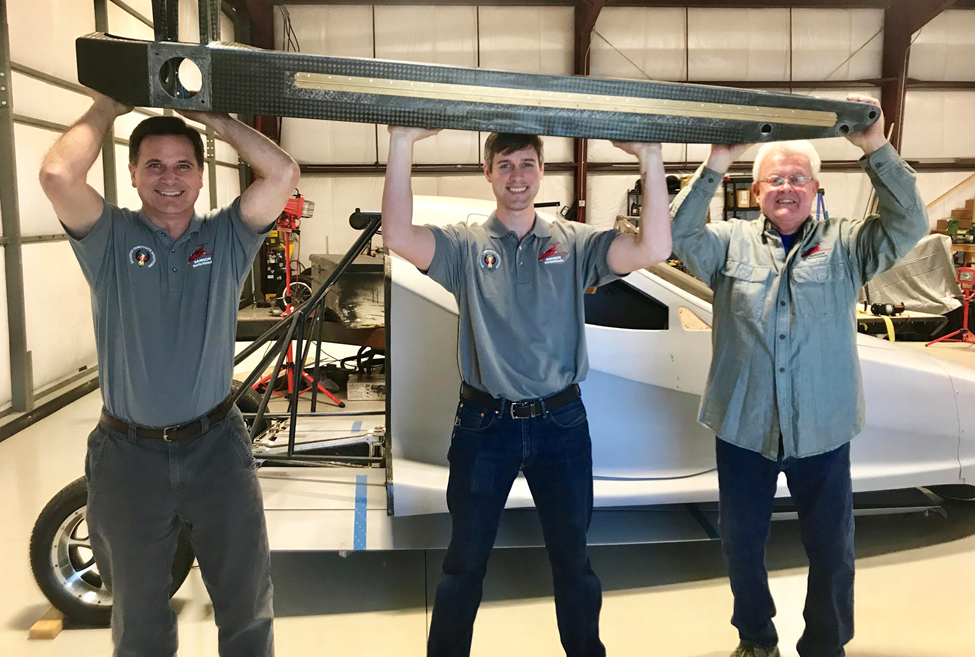 Another milestone bites the dust, as the carbon fiber tail boom from Phoenix Composites ended up stronger than our welded steel test stand. We had two tests to pass: Vertical Load and Two-Direction Load. We tested Vertical Load to 100% of Certified Aircraft Standards, then tested Two-Direction Load to 140% of Certified Standards with the idea in mind that we would break the boom at some point before reaching an insanely high stopping point of 150% of the required load. The picture above shows (right to left) Chief Builder, Ron Burch, Engineer David Nobles, and Samson Sky CEO and Switchblade Designer Sam Bousfield.

We were able to reach approximately 140% of required loading, but the welded steel test jig could not handle as much force as the tail boom itself. An attach point sheared off, damaging the metal attach fittings on the boom, and ending our test program before we could load the boom high enough to break. In the image below, Sam Bousfield (left) and Ron Burch are manning the tension straps keeping a close eye on the sensor readouts to make sure that the tension is raised evenly in the two directions. 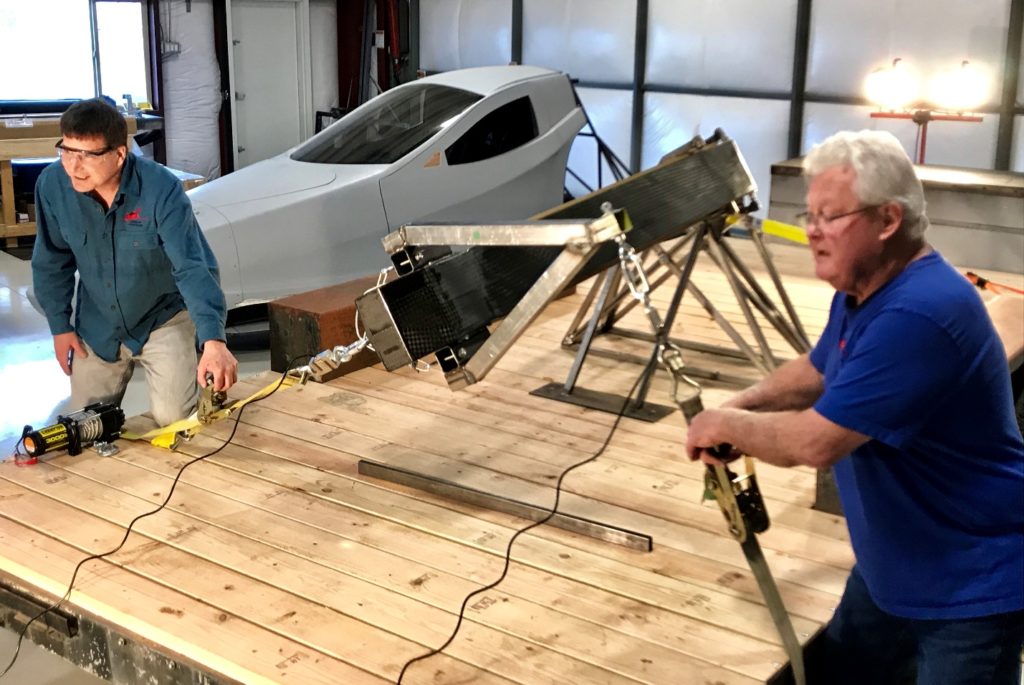 All eyes were on the two sensor displays that are shown in front of engineer David Nobles in the image below. David ran the testing process, as laid out by Chief Engineer Sasha Bondar. The displays showed the amount of tension being applied to the boom by each set of straps. This photo was taken just prior to our first actual testing.

One thing worth noting is that the Switchblade is an Experimental Aircraft, and not required to do this type of testing. While we recognize that, we also intend to produce a safe and reliable vehicle. We are using certified aircraft standards in our design and testing to ensure that we provide what we intended. 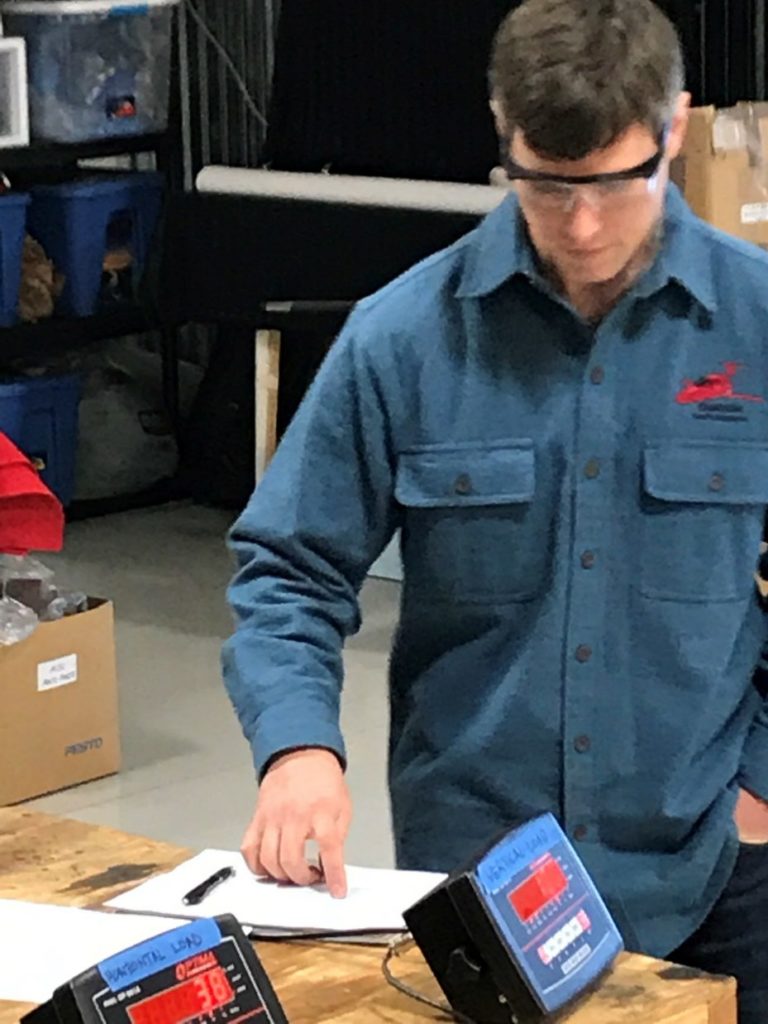 Prior to this there were many days of designing and fabricating the test fixture, bolting it into place, placing and testing the sensors, and working out bugs in the tensioning system.  Below is a close-up image of the setup before we began the last testing runs. The triangular metal structure at the close end of the boom provided a combination side load and twist load that was required in the combined (two direction) load test. In addition to the high twist and side loads, the boom as also subject to direct down loads (tension cable to the left). The boom is oriented at a 45 degree angle so that the tension loads could be taken to the metal and wood platform on either side of the boom. Kudos to David Nobles for designing a good test fixture. 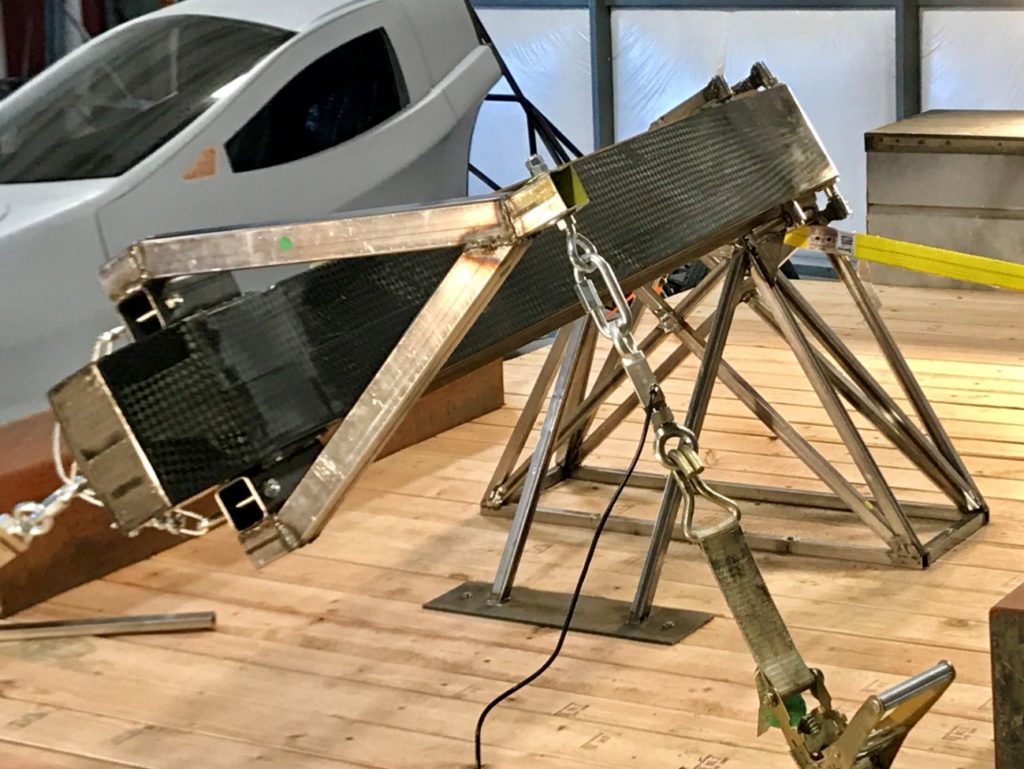 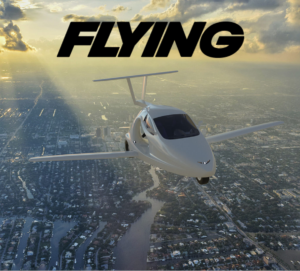 Our staff were really excited to see the article, as this magazine is such an icon for the aviation industry that it would be like being featured in WIRED if you were a techie. Check out the article in the magazine link above or on our website here: https://www.samsonsky.com/switchblade-sponsors-flying-car-forum-at-sun-n-fun-2018/