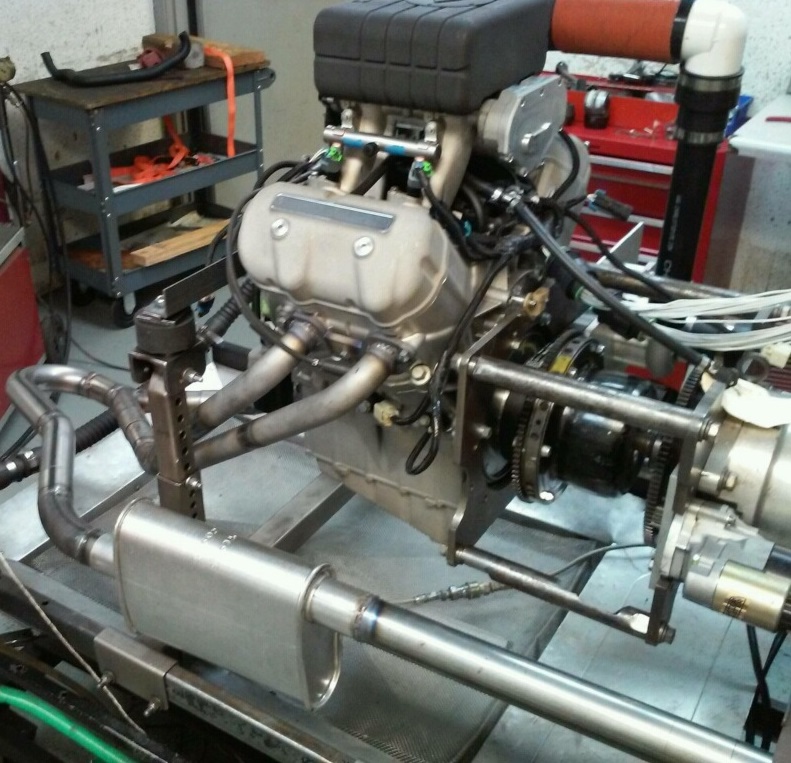 Big, big news is completion of round one of dyno testing the supercharged Samson V4 engine. Our goal was 190 horsepower at 6,000 rpm or less, and our first run on the dyno gave us 193 hp. So of course we had to go up from there! We continued until we achieved repeated runs over 200 hp at 6,100 rpm. The engine tuner felt we were hitting the effects of heated air from the supercharger, so we have decided to install an intercooler to cool down the compressed air coming from the supercharger. That should increase horsepower and lower the rpm down to get us below our targeted 6,000 rpm level. 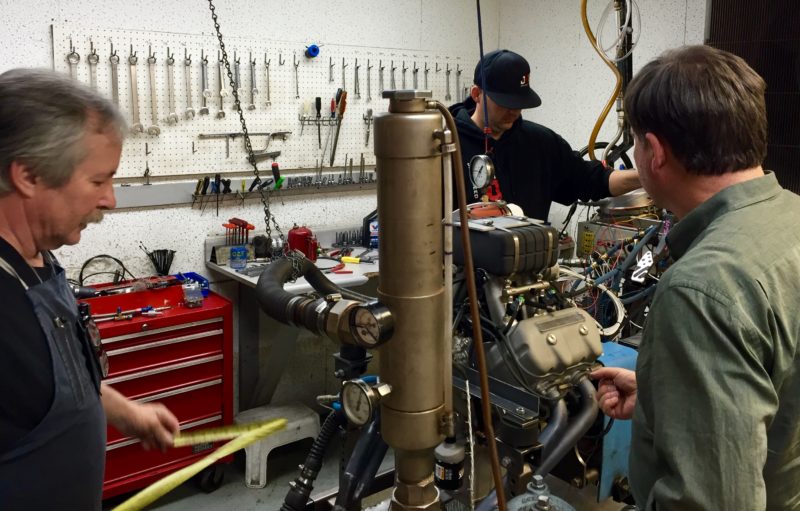 The engine team was just superb, with 40+ year veteran Arnie Loyning, who we were lucky to get to run the dynamometer controls at Loyning Engine Services in Portland, Oregon. John Reed of Reed Racing used his electronic magic to tame the V4’s timing sequence – and boy did it produce a fantastic sound! We caught John between tuning race cars all across the US. Arnie’s ‘make it work’ fabricator, Tony Ragnone, solved problem after problem during the set-up for the testing, and saved the day more than once. We are really proud of these guys. As a result, we achieved our horsepower goals, our fuel flow goals, and are now just fine tuning things. See the images below to get an idea of what this was like. 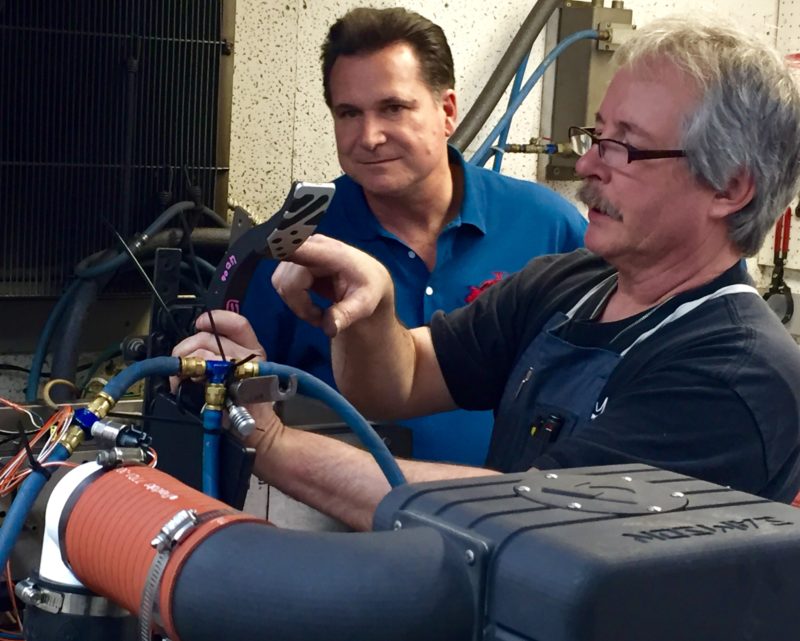 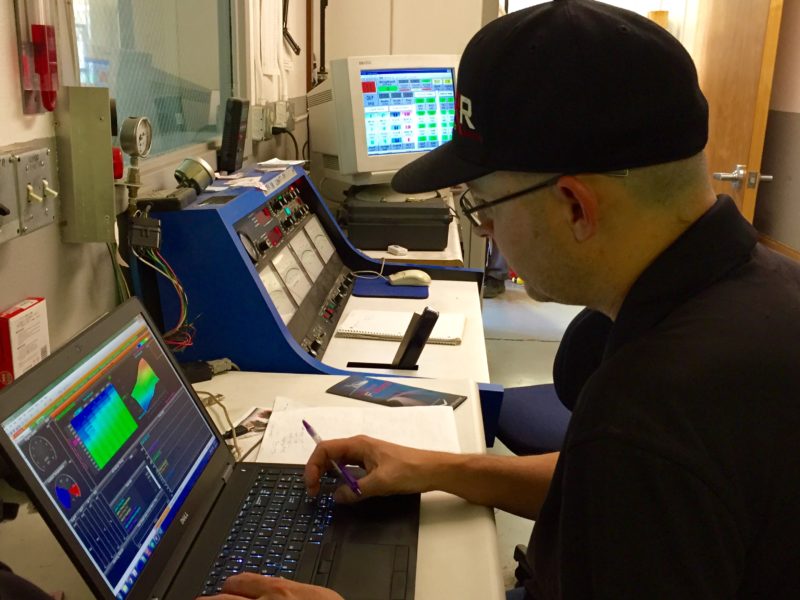 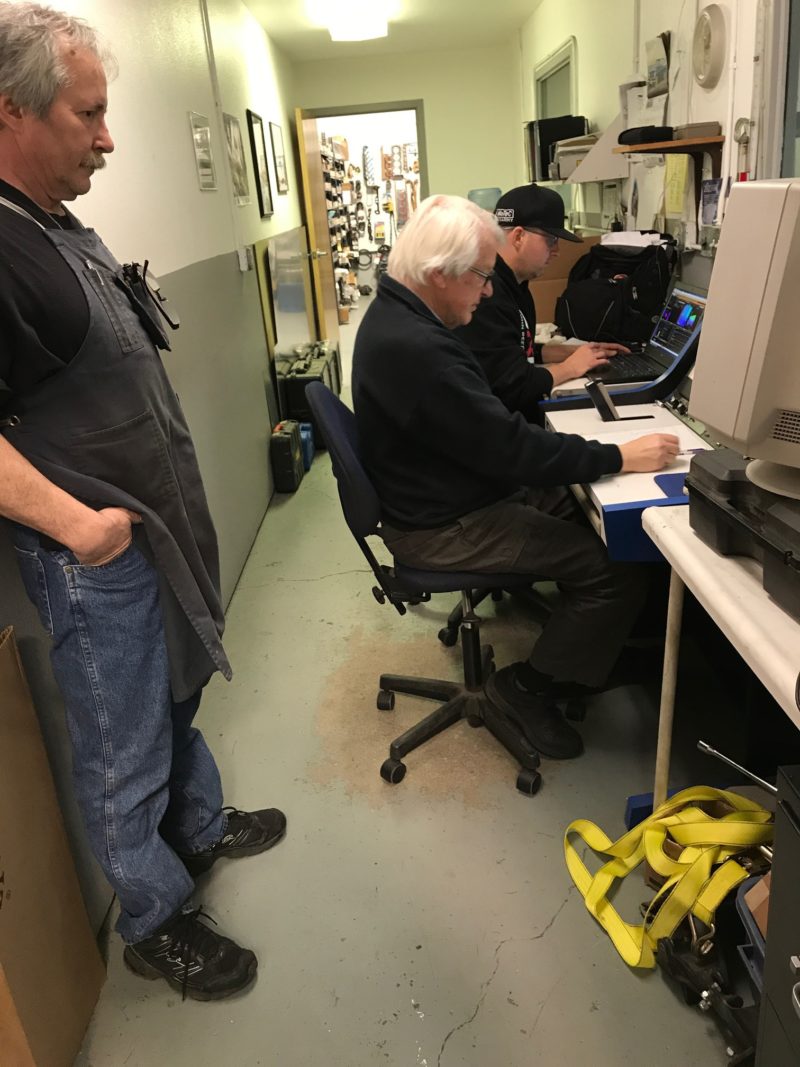 Back in the Samson hangar, we decided to install co-pilot controls, as this prototype is intended to be used to give demonstration rides to our Pre-flight purchasers and the press until our regular demonstrator models are produced. To do this, we are duplicating the throttle-by-wire and rudder-by-wire on the right, the same as on the left. The second brake took some thought, and it was determined that we would need a mechanical link between the two brakes, with the pilot brake being the master – connected to the master brake cylinder that pumps hydraulic fluid to the brakes at the wheels. This way we only require one master brake cylinder (weight loss!), and we don’t have a complicated hydraulic brake system. Below is shown the tube connecting the right brake to the left brake being installed. 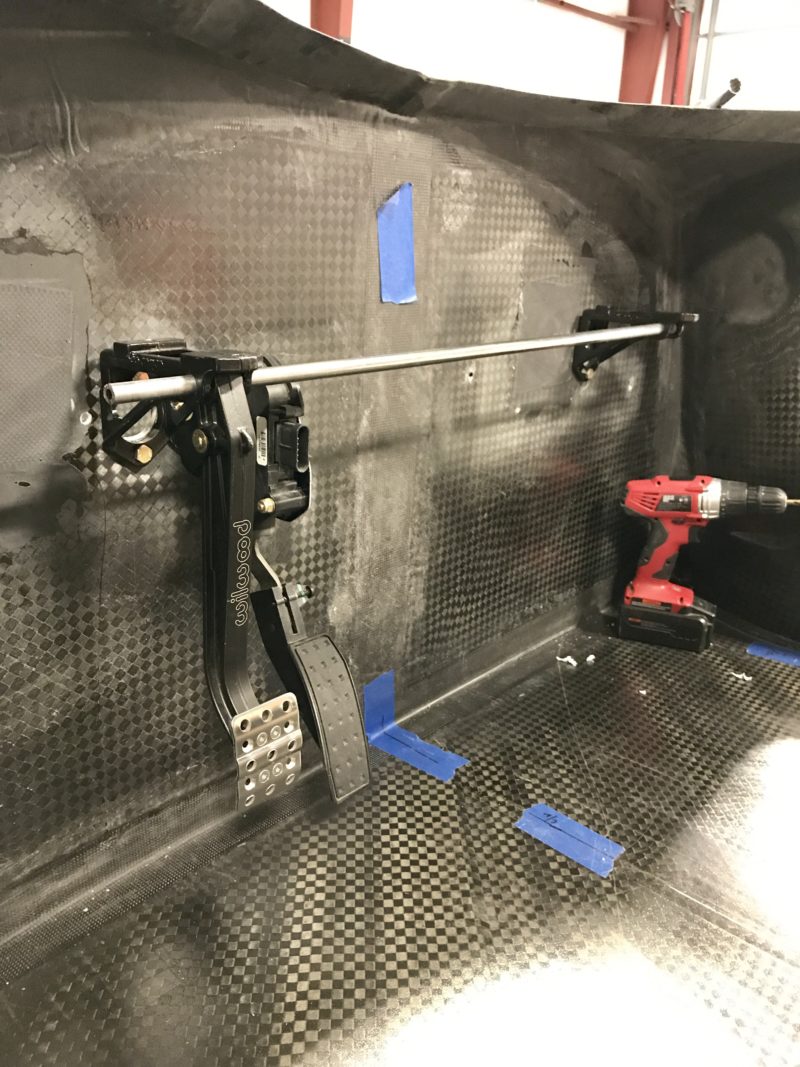