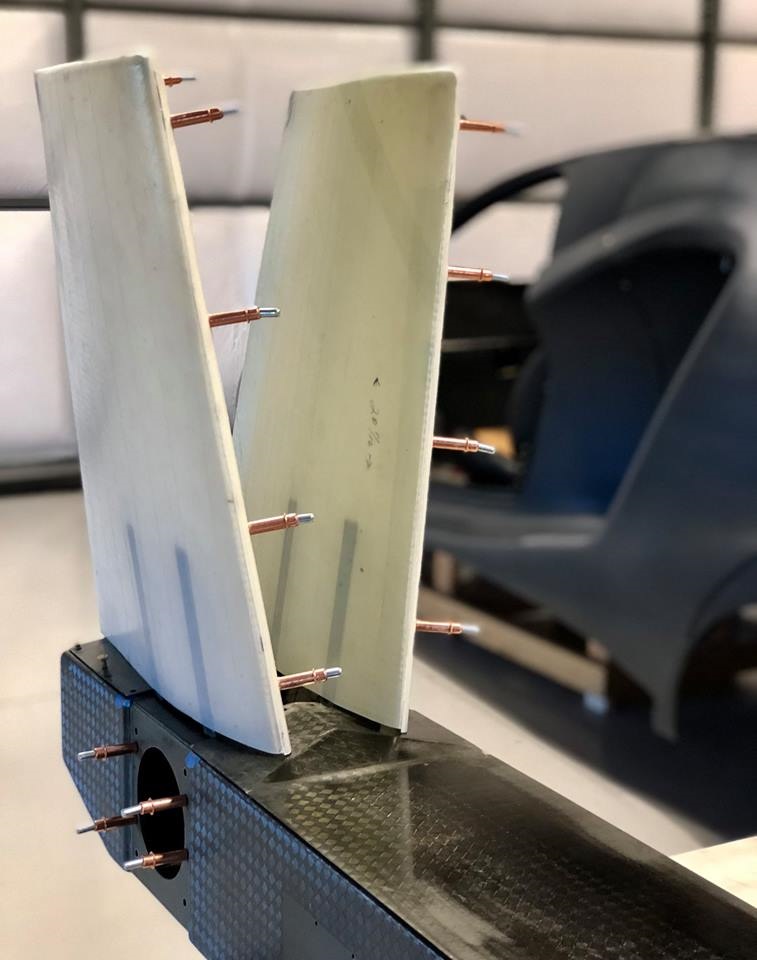 The Switchblade flying sports car is almost entirely made from carbon fiber, one of the lightest materials available. It is what makes this type of vehicle possible. One thing that carbon doesn’t do well is be friendly to radio waves. In fact, carbon blocks radio waves almost entirely, so in order to mount any internal radio antenna, you have to create a fiberglass window or a fiberglass part that will allow the radio signal to flow through.

Shown in the image above, we have placed a radio antenna in one of the two tail fins attached to the underside of the tail boom (shown upside down in the image above), and are getting ready to fix the two tail fins to the tail boom. The purpose of these fins is to give more authority (control) to the tail, especially at low speeds. The left and right sides of each fin are temporarily held together with clecos.

There is also the possibility that we will need a second antenna in the nose cone, so we made a fiberglass nose cone, shown in the image below (foreground), along with the previous carbon nose cone, and the Switchblade prototype beyond. 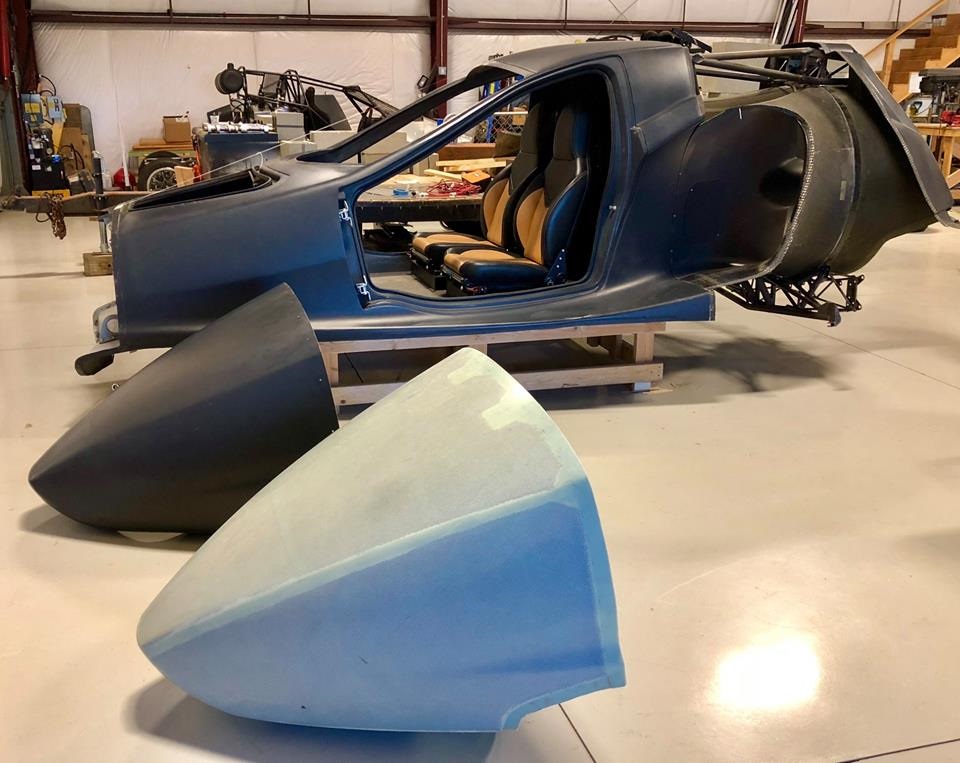