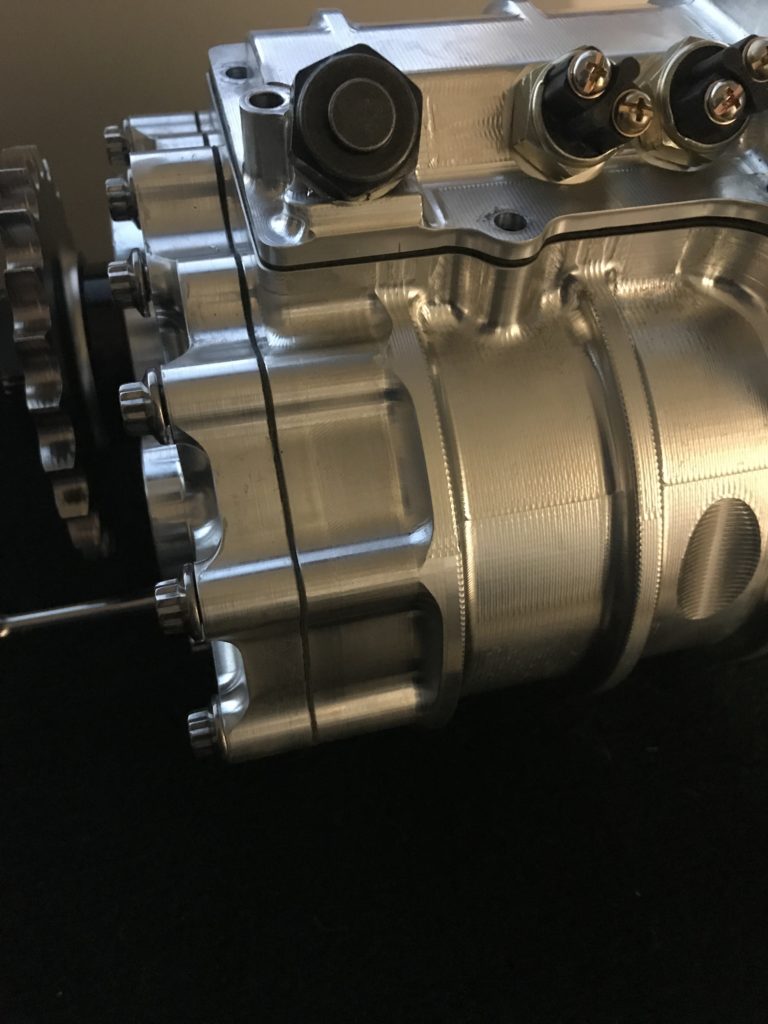 Shown below, Corey Wehr is disconnecting our Hayabusa engine and transmission from the ground test vehicle in preparation for its removal, and replacement with the new engine and drivetrain. Drivetrain is a word to describe that bit of assembly from the engine to the wheels. For those who have been following us, you will recall that the Hayabusa was used as it closely matches the performance and weight of the Samson V4 engine in the Switchblade. The ground test vehicle has been driven to verify road handling, suspension performance, steering ‘feel’ and efficiency, acceleration and braking capabilities. It is a blast to drive! 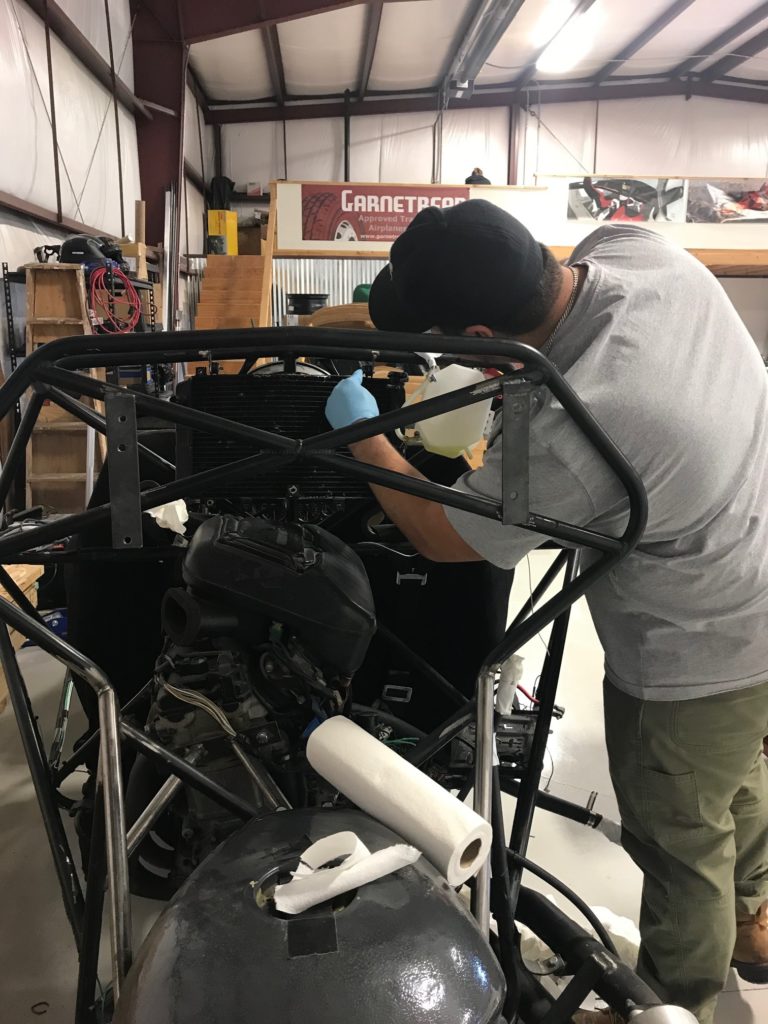 Below are shown two molds made from silicone that we used to make the lead balance weights for the tail. The moving parts of a plane need to be balanced on their hinges, so that the tail will not be prone to ‘flutter’ during flight. A wing surface vibrating due to ‘flutter’ could cause serious damage to the wing, so care is always taken to balance the movable surface using weights of some kind. These are just some of the details that we use to help ensure the Switchblade is a reliable flying/driving machine. 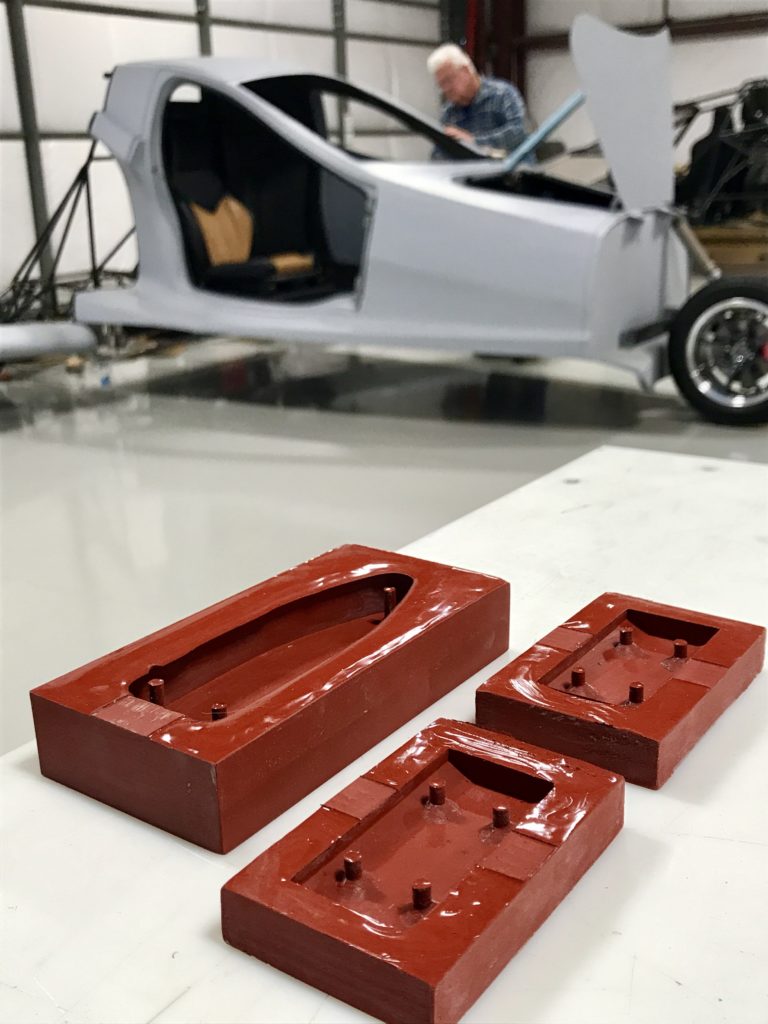 As you might have guessed, we received more metal parts for the tail, and are now almost completed with the making of these specialty parts. We are starting the assembly of the tail boom, and will follow with assembly of the tail itself. The tail boom was fully riveted lately, and the image below shows one side of this completed assembly. Over 130 rivets go into attaching structural aluminum pieces to the boom, which help stiffen the boom structure as well as provide the means for retracting the boom into the vehicle for ground use. The aluminum has a gold coating that prevents corrosion.

As we get ready for our larger introduction to the marketplace, and media exposure from first flight, we have begun the migration towards using the program called NetSuites to automate many functions within the organization, and allow a smaller group of people to perform faster service to handle the flows of a growing business. We also intend to use the program to track parts from manufacture to installation, so that we can accomplish nearly the same level of safety of certified aircraft.

Certified aircraft owners are notified when the manufacturer determines over the course of time that there was a faulty parts or material used, and their vehicle may be compromised in some fashion, big or small. Even though Experimental aircraft such as the Switchblade are not required to follow those guidelines, we feel it would be an added service to our owners to provide them with as much information about their vehicle as we can. Increased safety is very important at Samson. Shown below is Dave Montellato, who has begun training Samson staff in the NetSuites program so we are prepared for accelerating the business and production in the coming months. 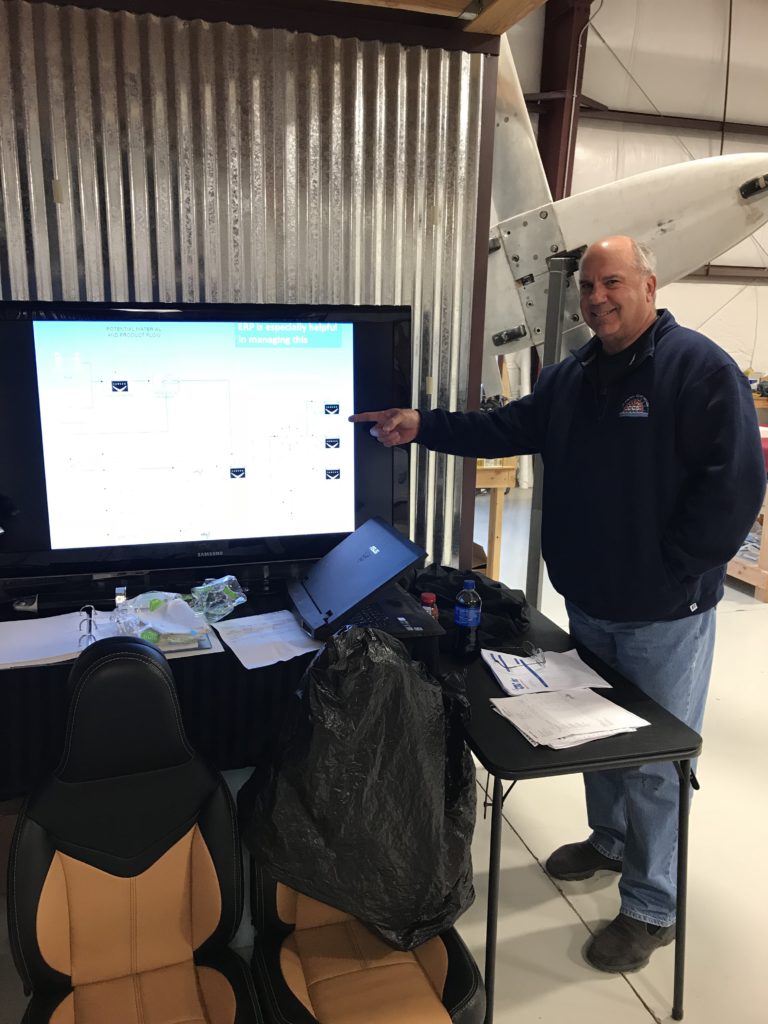