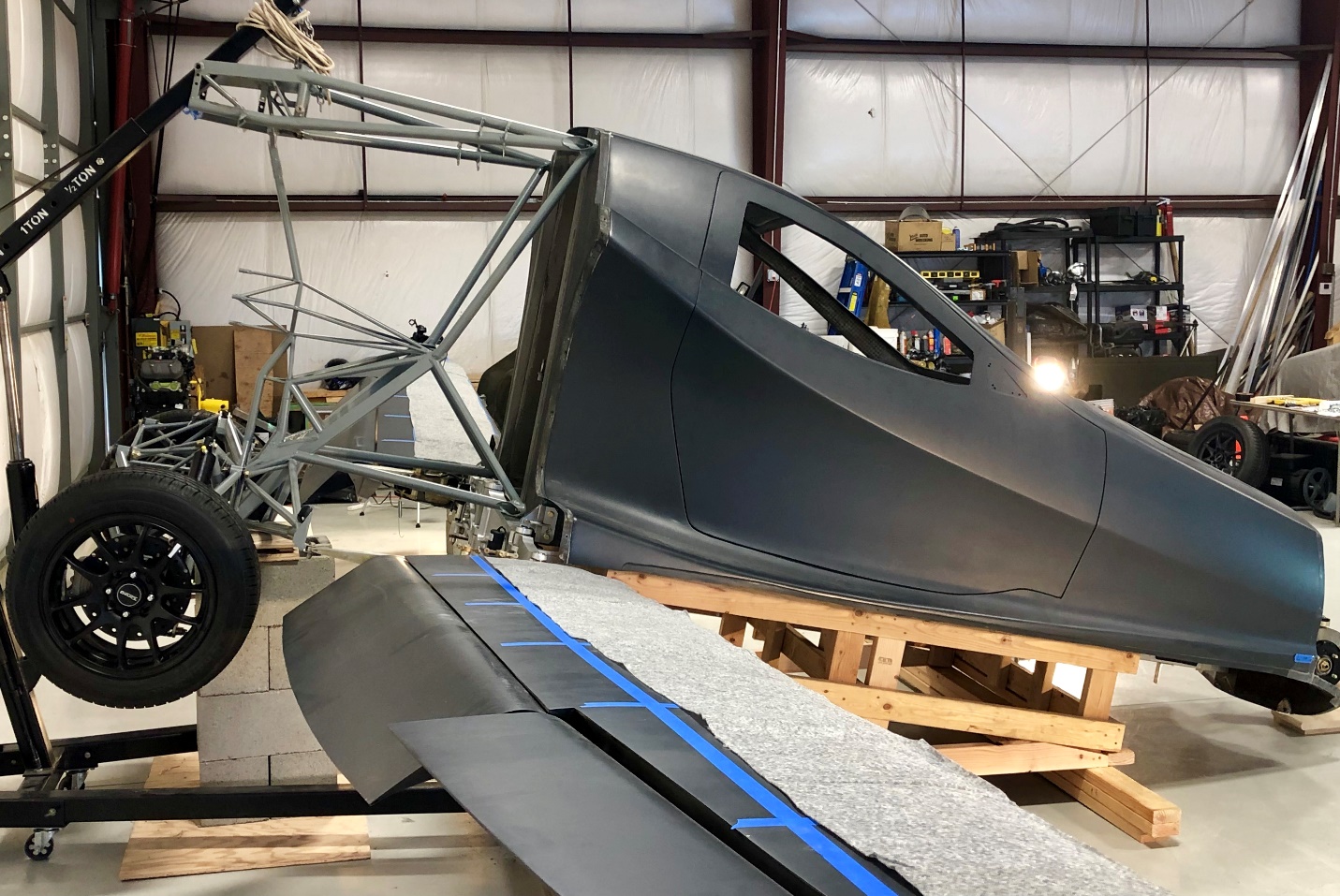 This test was less weight, but still critical. The certification standards also include a test for the loads the wing might see as you nose over sharply into a dive. You can see the nose down position of the prototype in the photo above. The full time-lapse video of the test is below. 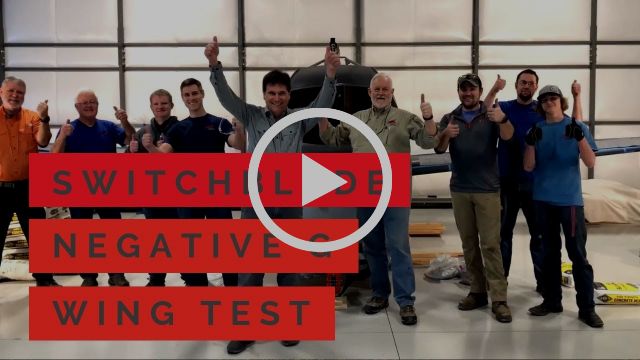 In straight and level flight, the weight is upwards on the wings supporting the vehicle in flight. In this case (as shown in the video), it assumes you are nosing over and the weight is on the top of the wings pushing downwards.

This weight fully loaded is shown in the video as we reached the 2,512 lb required to pass. Load Master David Nobles is on the left calling out the weights to be placed at each station. Sean Bliss (right) and Kevin Abraham (left) were placing the weights along with Ron Burch and Kane Warren.