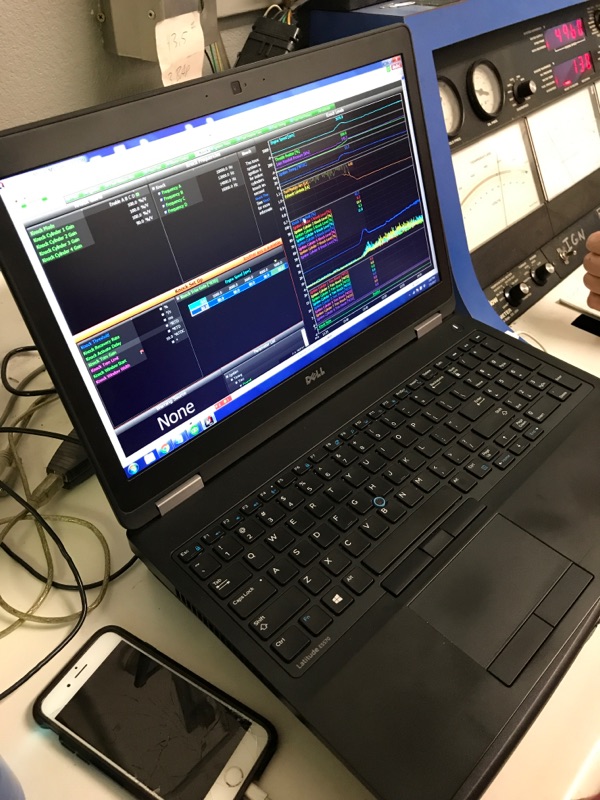 Loyning’s Engine Services installed the turbo-charger on the engine, along with an intercooler, and the second round of dyno testing was finished last week. The stock V4 engine produces 180 hp at a very high 8,300 rpm. As we have earlier described, we are interested in making 190 hp at much lower rpm for a production motor. Our initial supercharger setup enabled us to make over 200 hp at 6,100 rpm. Since we can’t really absorb more than 200 hp with the propeller, larger horsepower doesn’t really help us. Above and below are images of the computer screen that engine tuner, John Reed, used to tune the engine for greater fuel efficiency. 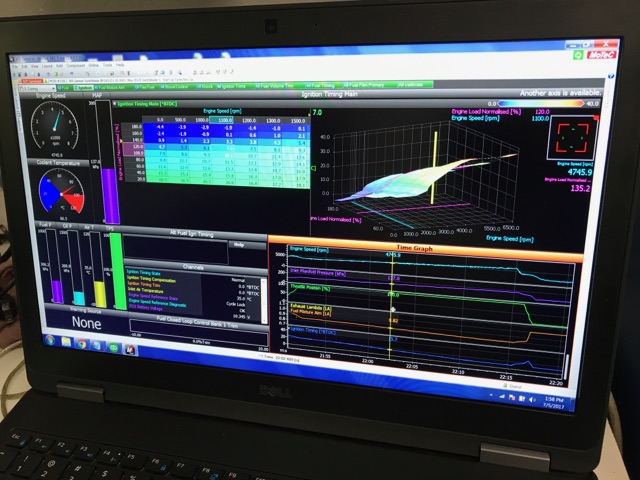 With the turbo and intercooler combination, we found that we could reduce the rpm to 5,700 and produce 190 hp. As the wear and tear of an engine increases tremendously when the rpm is increased, we feel that the slight reduction in horsepower will be a good trade-off for engine longevity. Our engine is half as expensive and  half the weight of a traditional aircraft engine. We also will meet motorcycle smog requirements, which none of the aircraft engines could. At the end of dyno tuning, our engine was placed back in the crate to be shipped to EAA AirVenture in Oshkosh, Wisconsin.

At Composite Approach in Redmond, the door hinges were placed and aligned with the door panels, which is in progress in the image below. The door latches were assembled, and are ready to be installed in the doors, along with the striker on the body. We used techniques from the auto industry to make it difficult to break into the Switchblade. The additional step was taken to remove outside door handles, making this a shaved door installation with power door locks and a latch that pops the door open when unlocked. This is not only a flying car that is in a league of its own, but it also may qualify for a spot in a custom car show! 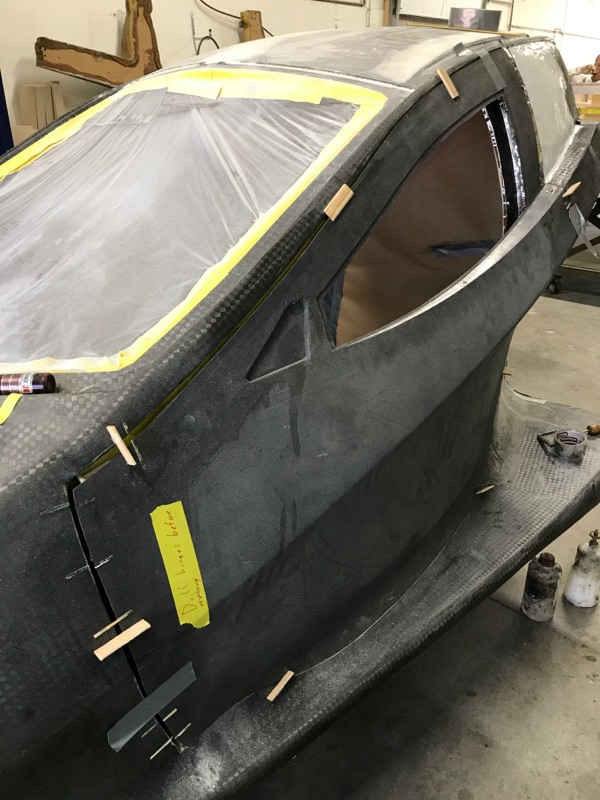 In the image above, you can see the small pocket we created in the door just in front of the side window that is for the side view mirrors. Below, we wanted to show you how the side mirrors fit in the pocket. By creating a pocket for the mirror base, we reduce the drag and the noise associated with having a mirror there. We could have made it detachable, but that seemed more complicated than it was worth in reduced drag. The small lights in the mirror act as the front turn signals. The tail lights contain the turn signals for letting cars behind you know your intentions. 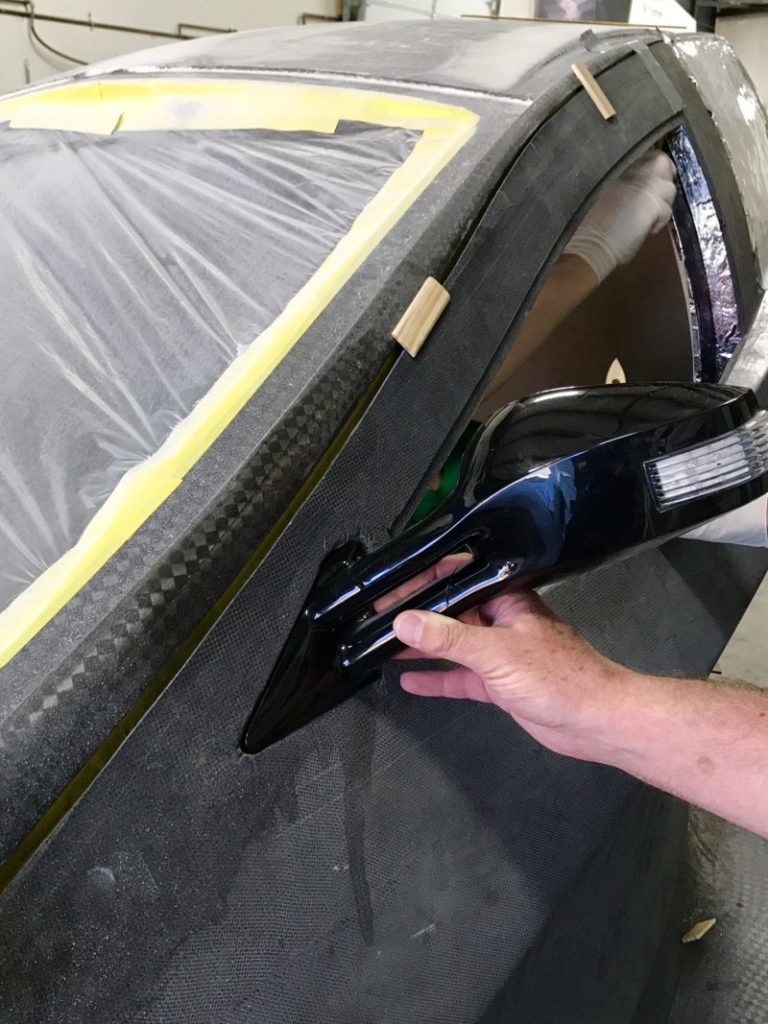 The Switchblade flying sports car body is still at Composite Approach, and in the image below, their Chief Builder, Mike McReynolds (left) is shown talking over the hinging and sealing of the front baggage hatch with Sam Bousfield (right) of Samson. There is a surprising amount of room in this baggage area, in addition to the baggage area behind the seats. 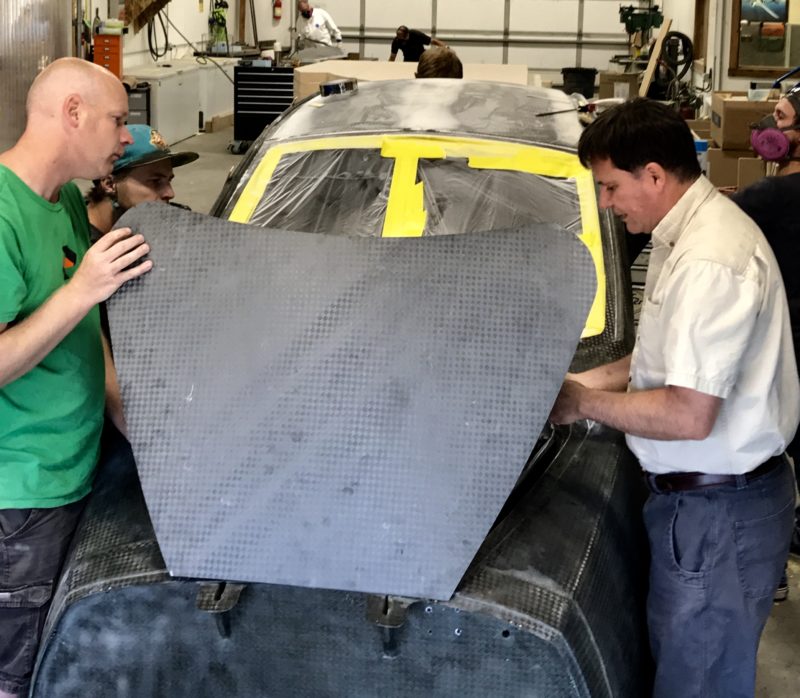 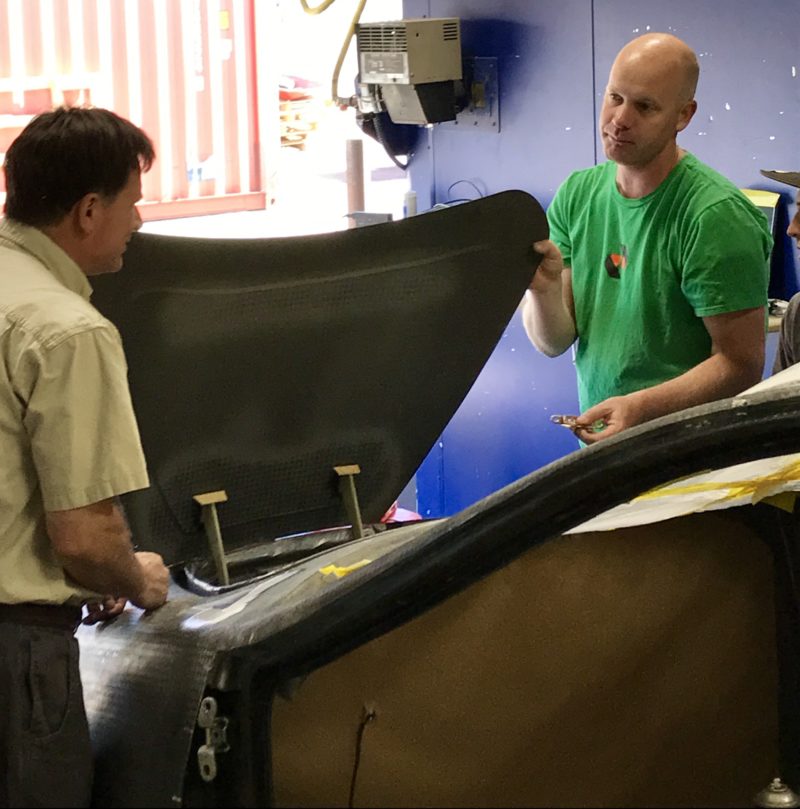 Below, Sam looks like he knows something we don’t as he reviews the hatch and nose in place. Still a lot to do before we leave for Oshkosh. If you are attending, please come see us in Exhibit space 429, near the flight line and directly behind Honda Jet. 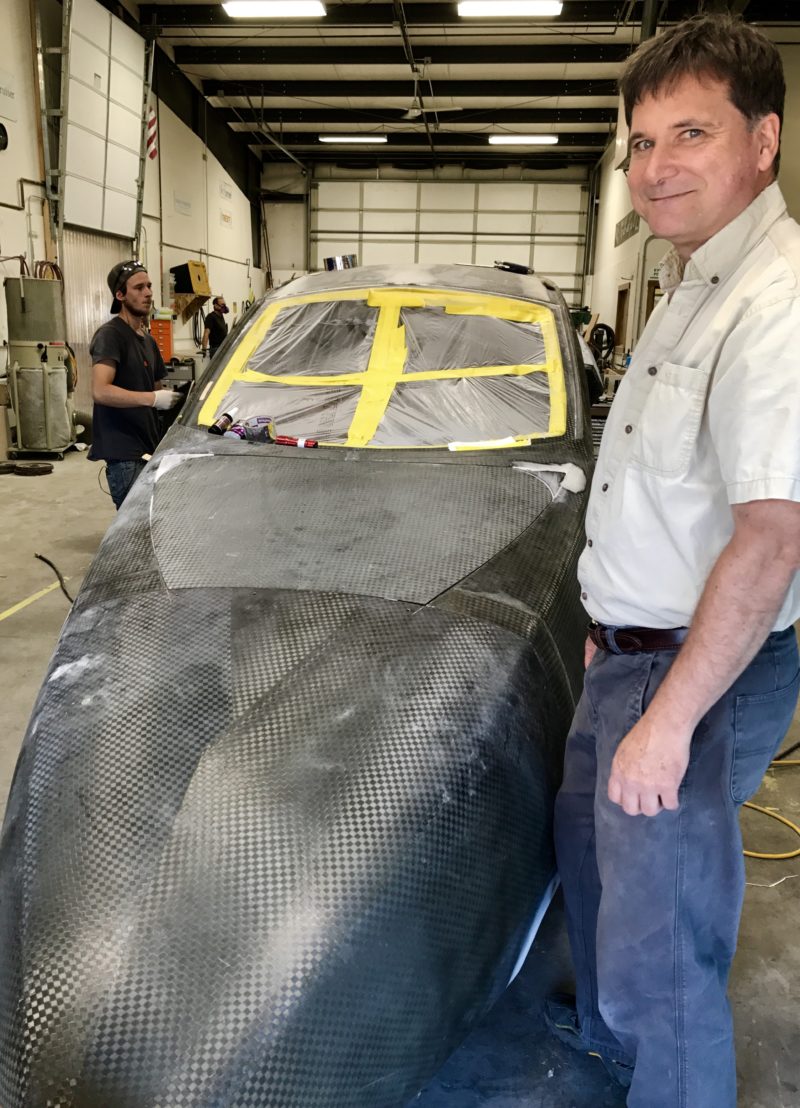 More than half of the tail parts have been made at Composite Universal Group in Warren, Oregon. The tail boom aluminum production molds are nearing completion, and the Eyes Forward Display is also nearly done. Our Fly-By-Wire rudder system has been fully designed and is in the last stage of testing, which is being done to FAA Certified Aircraft Standards. The window molds were done and shipped to the manufacturer. We are closing in on first flight, and have just found a tremendous market for Switchblades overseas. There is increased interest in equity investment in Samson, but it is not too late to take us up on our Pre-flight Offer before it is closed. This offer gives the owner an early delivery slot at over 60% discount off the anticipated $140k cost for the Switchblade kit, engine, transmission, interiors and avionics package, plus Samson Builder Assist program.  Please email us  for more details: 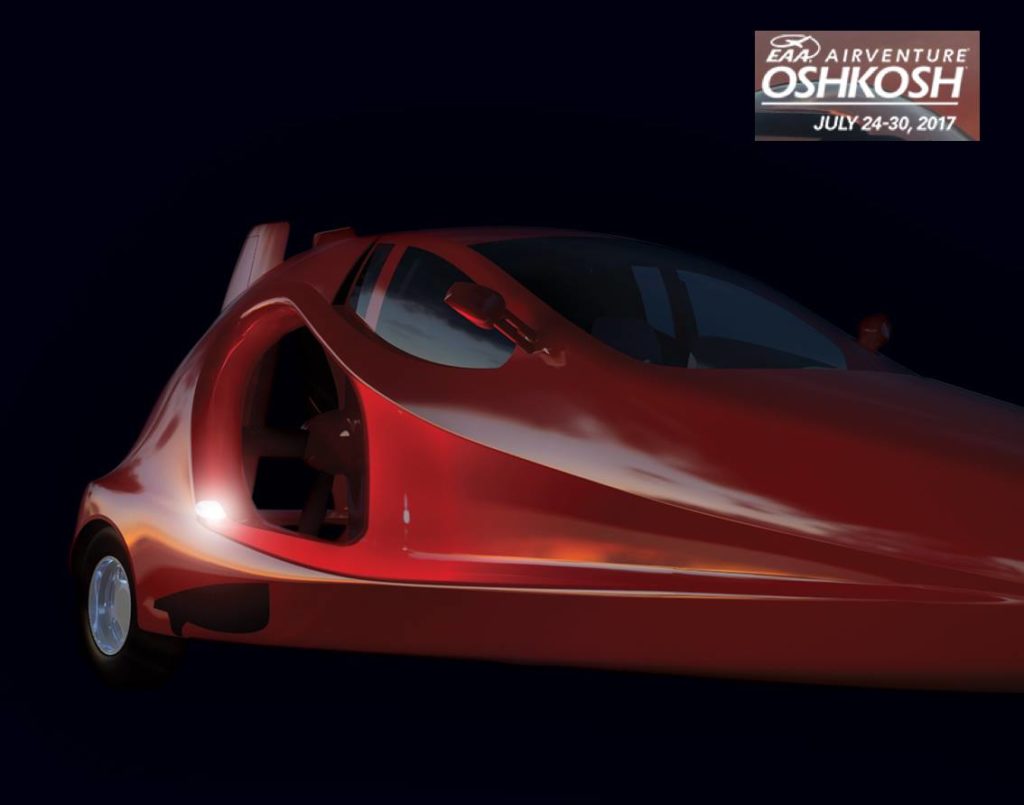