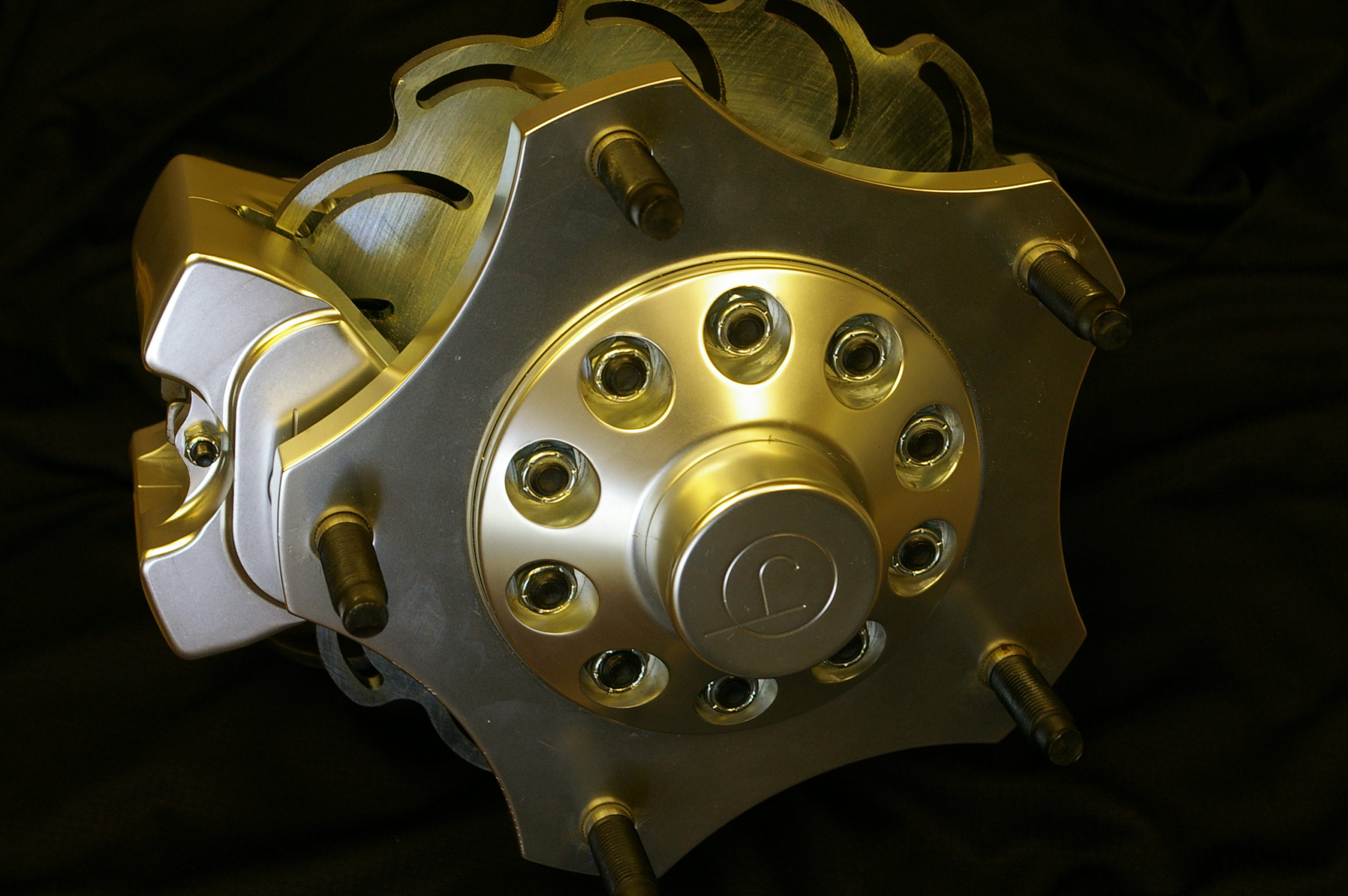 Work has continued on the front suspension, with the assembly shown here being VERY light – saving us nearly six pounds by using racing quality parts. This is the brake and wheel bearing assembled onto the spindle shown last week. So far we have shed six pounds without sacrificing anything on performance. We are having the front suspension arms fabricated this week, and a mount for the spindle to connect to the arm. The front torsion bar is spec’d and being sent to the manufacturer.

The rear suspension parts have been ordered and should be here in about a week. We can then begin fabricating the rear suspension arms. Basically we are building three sets of everything so that we can ground test one set on the ground test vehicle, then drop test one set for structural integrity, and then have the remaining set for use in the prototype should all components prove worthy. Our drop test height was calculated per Part 23 (Utility certification standards) to be 42″. This means if you are nearly four feet in the air and stall the airplane, the landing gear should still handle the force of the hard landing.

Our offices and build space in Prineville are coming along nicely and we should have pictures of that being completed next week. We are meeting again this week with the engineering group on the next step, which is the structural engineering of the wing swing mechanism. The engineering 3D has been accomplished, so we are now in structures mode with that. The goal is to get enough done so that we can start taking pieces to the mold maker to get molds done, then parts done for later assembly. The builders are anxious to get going, so we want to get them something to do! It is nice to have that ‘pull’ coming from the team.