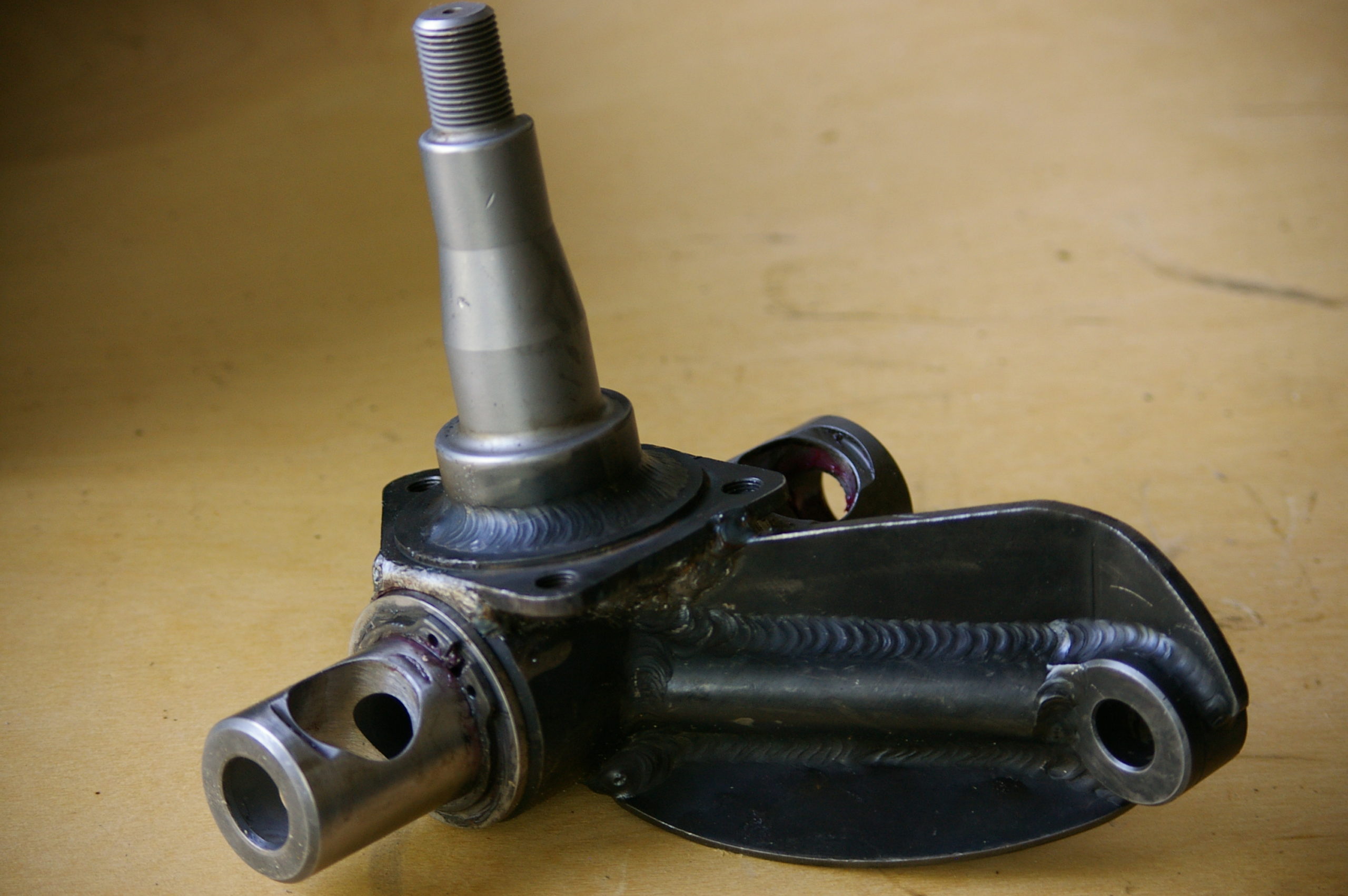 Thought you might want to see our first completed part for the Switchblade prototype. This is the spindle for the front wheel. The wheel is mounted to this, and the spindle is mounted to the front suspension arm. The brakes have been ordered, and should be here early next week. We went to the off-road racing industry to find the toughest but lightest parts available. We still had to modify the spindle slightly for the prototype, as it was the closest match but still not what we needed. The spindle needs to be mounted straight up and down, otherwise the front tire will feel differently in a left turn versus a right turn. Their spindle was at 2 degrees, which was a minor change. When we get in production, we will have batches of these made per our requirements.

We are building the front suspension arm, which has a certain shape specific for this application. The rear suspension parts have been ordered, and the design of the rear trailing arm suspension has begun. Next week should show many new parts ready for assembly. We will be testing these both in the ground test prototype for function, and in drop testing for overall strength.

Other news includes establishing the location and angles for the wing hinge to provide the minimum amount of space taken up under the vehicle with the wing while stored. Since we need to have space above and below the wing for the wing carry-through structure, this was the first step of the wing program. Ben Phillips in Bend, Oregon, is spearheading this effort, and making good progress. The next step is to flesh out the space to be used by the carry-through structure, otherwise called a wing box. With that described, the structure can be detailed and calculated for strength.

We have many more pieces in the works, so stay tuned, as they say!