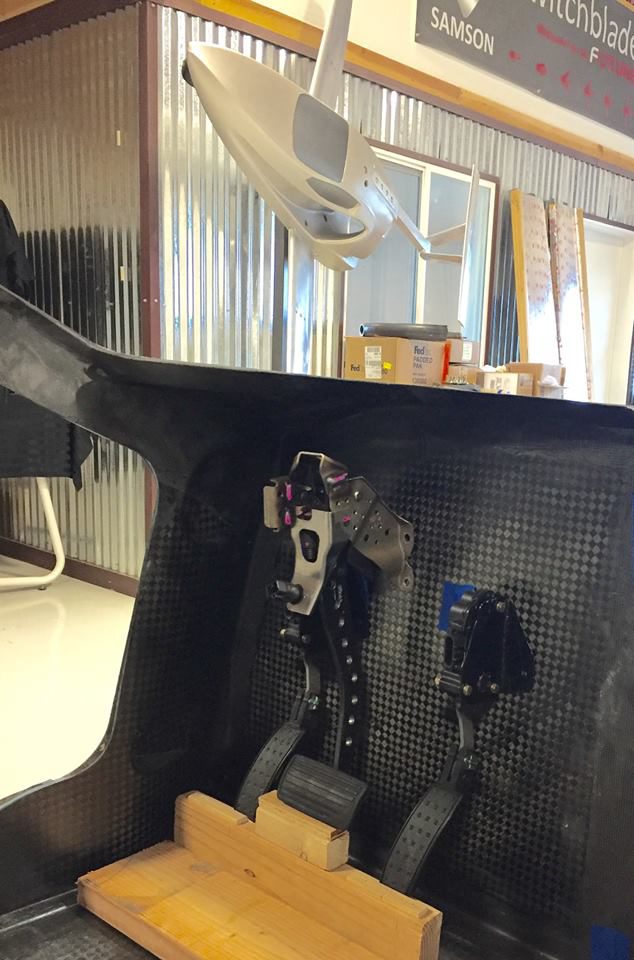 We made a list to finish the project!!!! This was huge, as it meant no more “this is what we will do next month”. It meant “we are close to finishing, and this is what it will take to fly.”

We are now mounting the second set of pedals on the right side so that once we fly we can have the Pre-flight Owners be able to drive and fly the Switchblade, along with reporters and prospective purchasers. 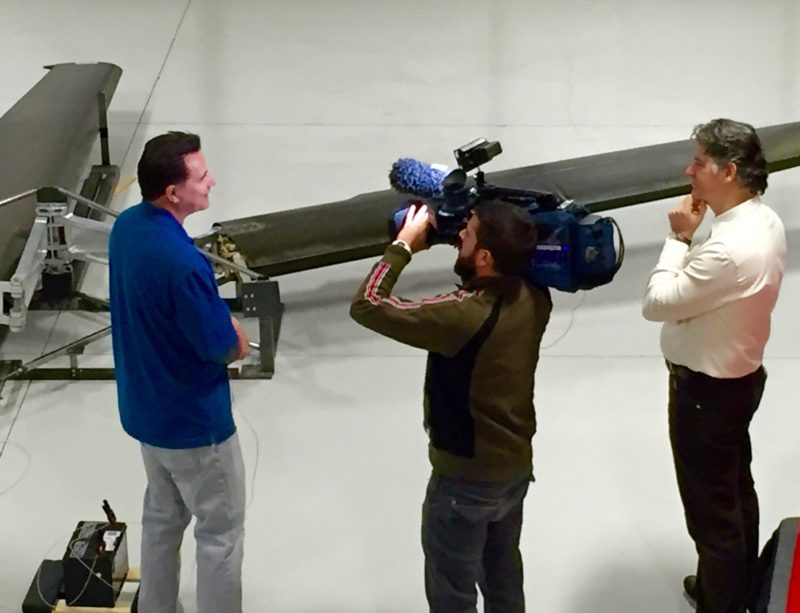 We were honored to have France 2, the flagship channel of France Television’s most-watched public news network, in our hangar recently. This international station has an estimated 30 million daily viewers worldwide. They sent their Bureau Chief/Correspondent and cameraman out to Prineville, Oregon from their Americas Bureau in Washington, D.C. The image above shows some of the action, which included a ride in the ground prototype by the Bureau Chief.

Below is a shot of another recent accomplishment. There are two brackets that mount the front suspension to the front bulkhead. We made two sets of these brackets, as one set will go into drop testing, and one will go into the prototype once the suspension has passed all of the tests. Cross your fingers! 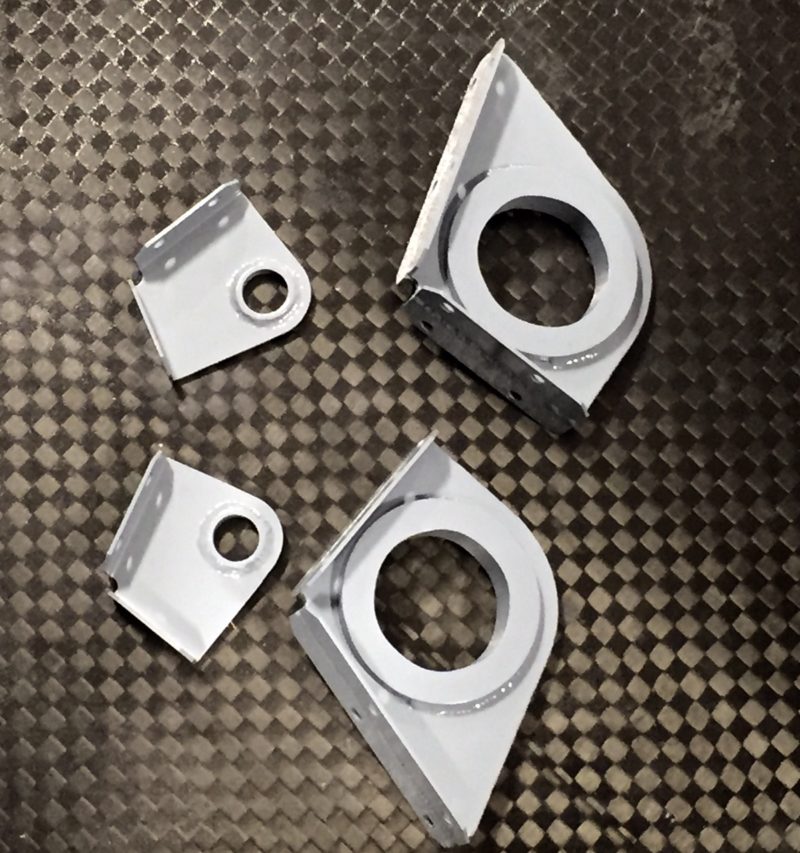 The brackets hold the leading arm assembly. This assembly is shown being worked on by Sam Bousfield (left) and Ron Burch (right). Bousfield is checking to make sure all angles are correct before spot welding the assembly together. Suspension is a bit tricky, in that small angles can make a big difference in handling. While the drop test will tell whether the strength of the assembly is correct, we will do ground testing of the assembly to make sure that the road handling is also correct. 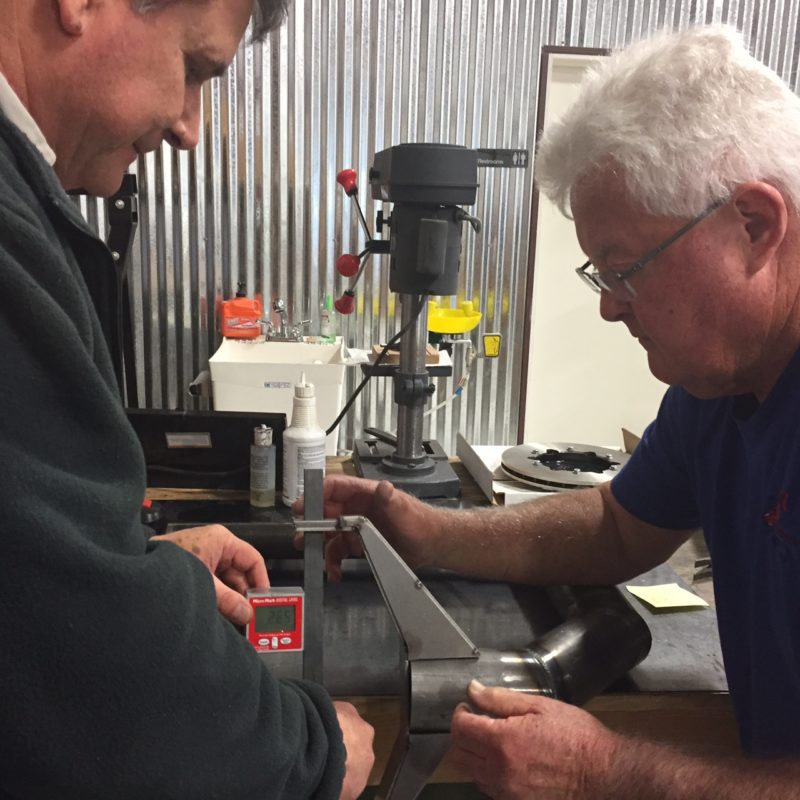 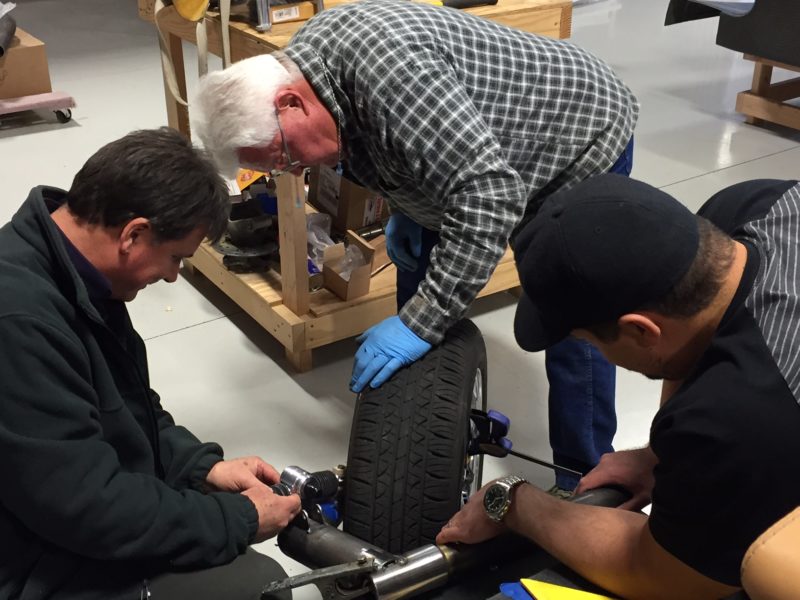 Above, Coree Wehr, Ron Burch, and Sam Bousfield are working to position the rack and pinion steering unit on the leading arm. The front wheel swings over 40 degrees each direction to ensure the vehicle has a fairly tight turn radius (most cars are in the 30’s), so it was a tight fit to have the steering arm and connections handle moving the wheel while remaining out of the way of the leading arm and the tire. 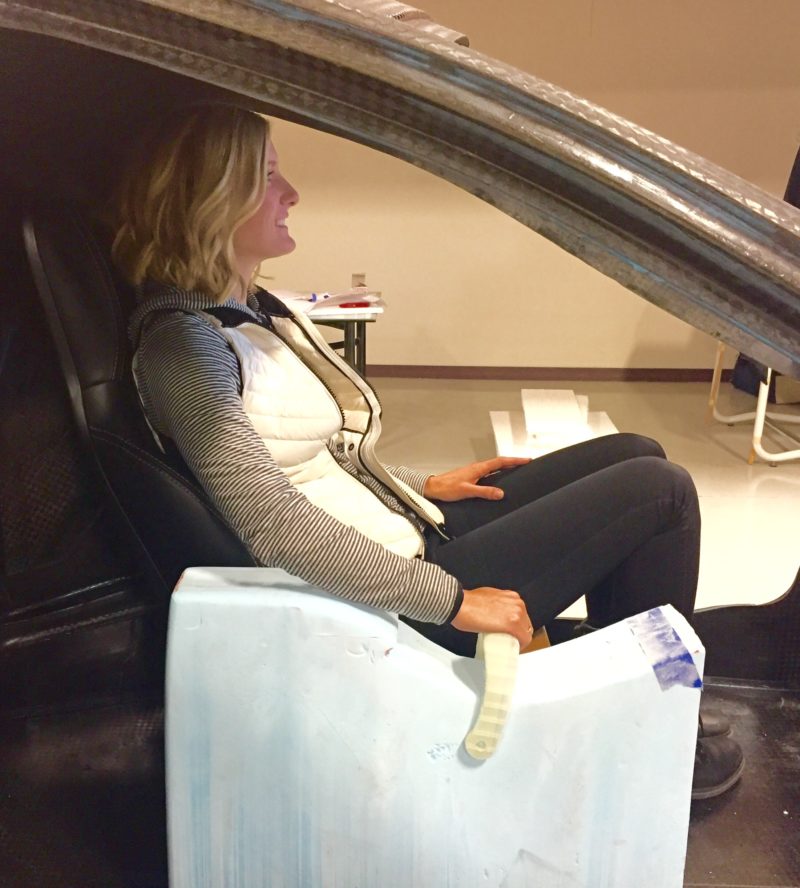 Another media event turned the hangar into a fashion runway for the local Bend Fashion Quarterly. Two models took turns posing next to Samson prototypes for their Summer Edition to be released in May. It was funny shooting a summer clothing season in early spring with the weather still wanting to hail and sometimes snow on us, but if you think about it, you have to shoot well in advance to be ready when the issue comes to print. Everyone was in good spirits, and we were excited that an article about Samson will be featured in such an artistic way. 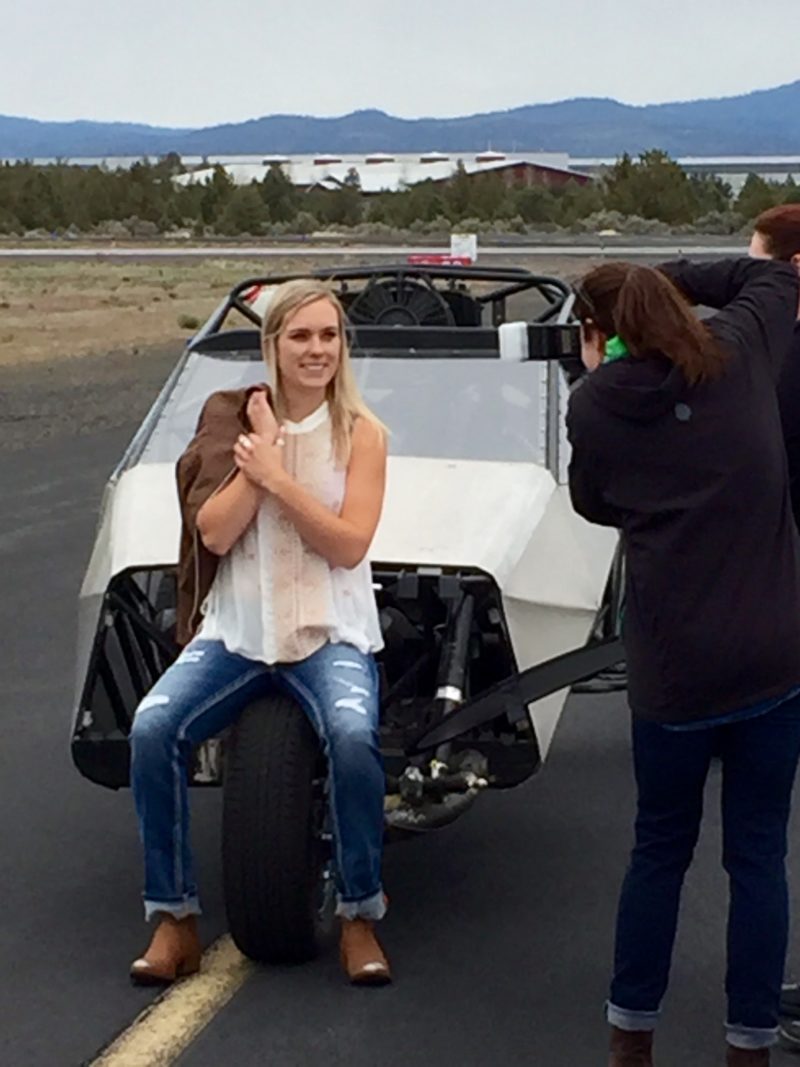 The steel tube frame in the rear of the Switchblade that holds the engine, transmission, and rear suspension, is coming together nicely in engineering. We anticipate that we will be sending this out to be fabricated in a week or so, and are eager for its return, as we can bolt it to the back of the fuselage (body), and mount the rear wheels once the rear suspension has passed that special ‘drop test’ for certified aircraft. To have the Switchblade sitting on its wheels will be a big day for the team!