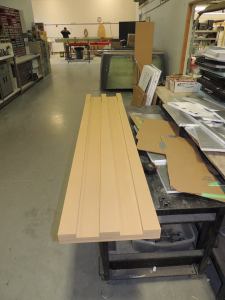 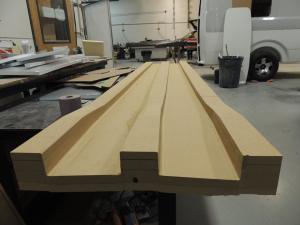 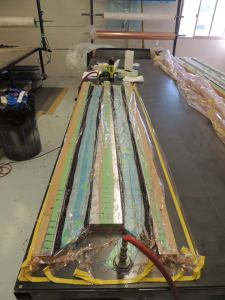 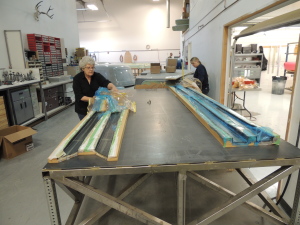 It is amazing how light they are compared to their strength.  You can pick them up with one hand easily, yet they can support almost a thousand pounds each. Composite Approach staff spent many hours preparing their oven for this oven part cure, including testing with temperature sensors to ensure that the oven was reaching designed temperatures and holding them within a tolerance range.  They know that this is one of the most critical components in a flying vehicle, and have taken great care to ensure it is all it needs to be. 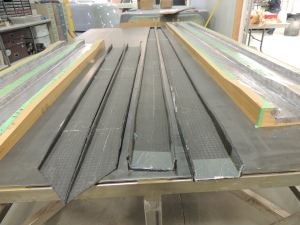 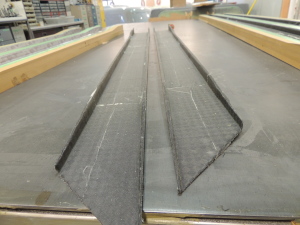 After we finished the main and auxiliary spars, we produced a test 3D print of the Switchblade body, made in two halves. The 3D printing will be used to bring computer designed parts to reality faster. It will allow for parts to be visualized in real space so they can be tested for fit and function before having something manufactured in metal. In this case, we are using the printed parts to have a smaller representation of the body that we can use to help determine the correct way to make the molds for the complex body shape. 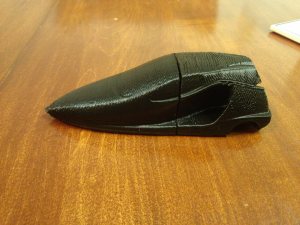 The computerized milling machine (CNC) is being programmed to carve the ribs next. We should see molds next week, and perhaps the parts, also! Then we will dry-fit the parts together prior to full assembly of the left wing.