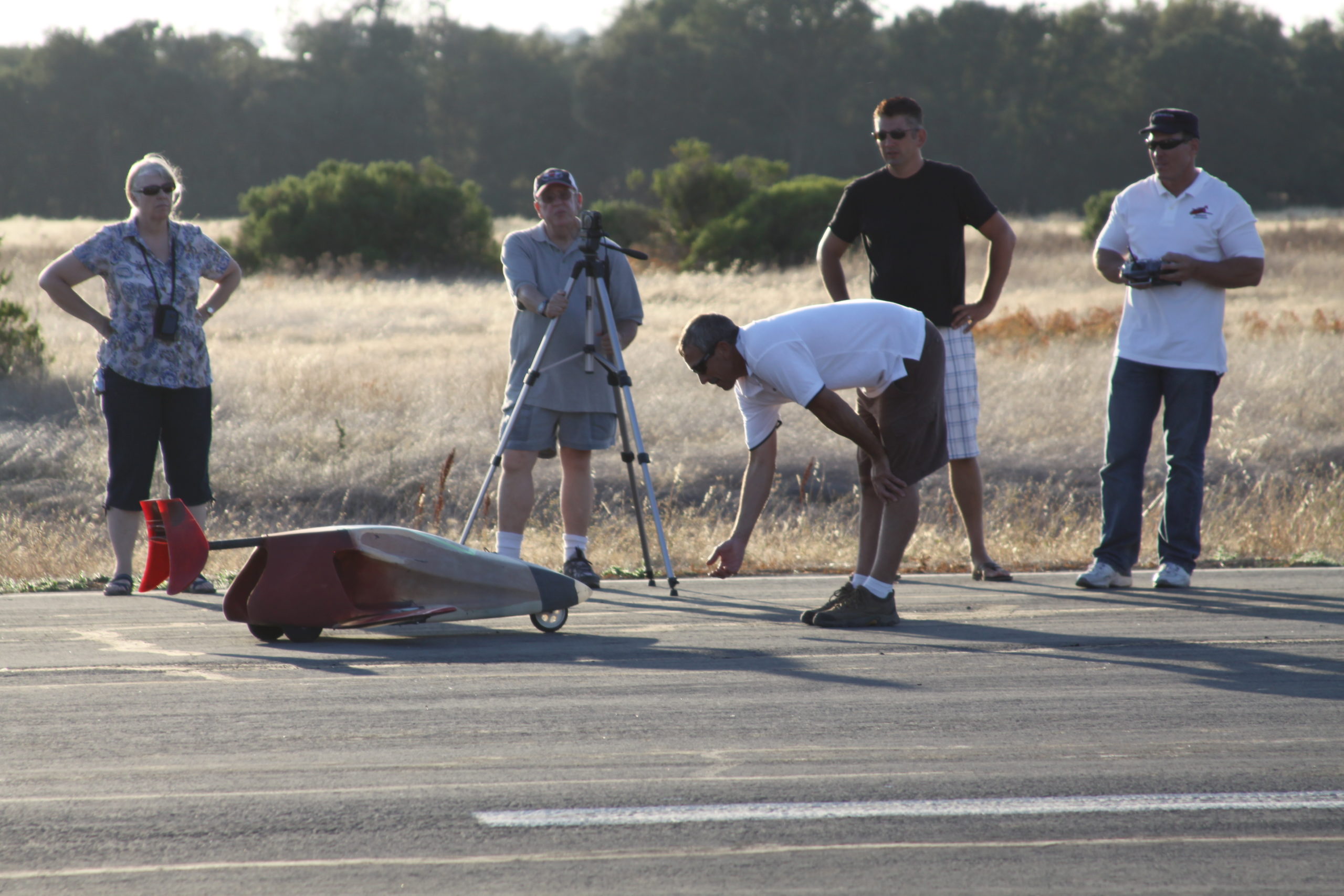 Changing the cg helped quite a bit, and we continued to change it to get closer to acceptable cg during testing today. The tail now has functioning rudders (not available the first day). The rudders also helped make testing easier and more fruitful. Rudder control and steering by the nose-wheel was uneventful – just what you want to see! We painted the tail of the fuselage (body) red – I would like to say in honor of the Tuskegee Airmen, but it was really to give the test pilot better differentiation of the model attitude during testing. 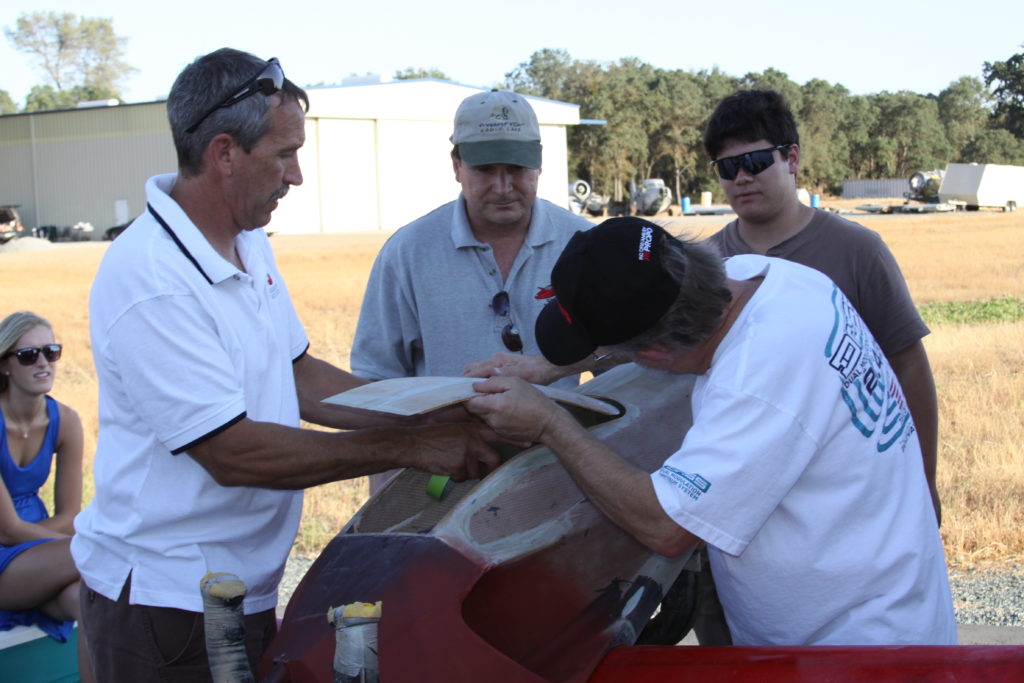 Due to the work needed to ready the model for the second day of flight testing, we started late in the day once again, and did successively faster ground runs, advancing the cg and changing the pitch on the tail as we approached flight speeds. The wheels started to get ‘light’, and we inched closer to flight. Just at the end of the day, we pitched up and were airborne, although I cannot say that it was sustained flight. We could tell that the tail was still not working well for us. The whole vehicle was reduced to quarter scale for this first phase of testing. It is typical for a scale flying prototype that the tail surface area be increased for a scale model to fly well. We found the same result applied to the Switchblade, and are making an enlarged tail. We couldn’t get it ready to fly before AirVenture, so we shipped the model along, and will display it as an ‘in the works test program’ prototype, but now knowing we can fly. All in all, with only five hours of flight testing, we validated the ducted fan design (major accomplishment), verified rudder authority, tested the front wheel steering at speeds near take-off, and became airborne. We will pursue it further when we return.