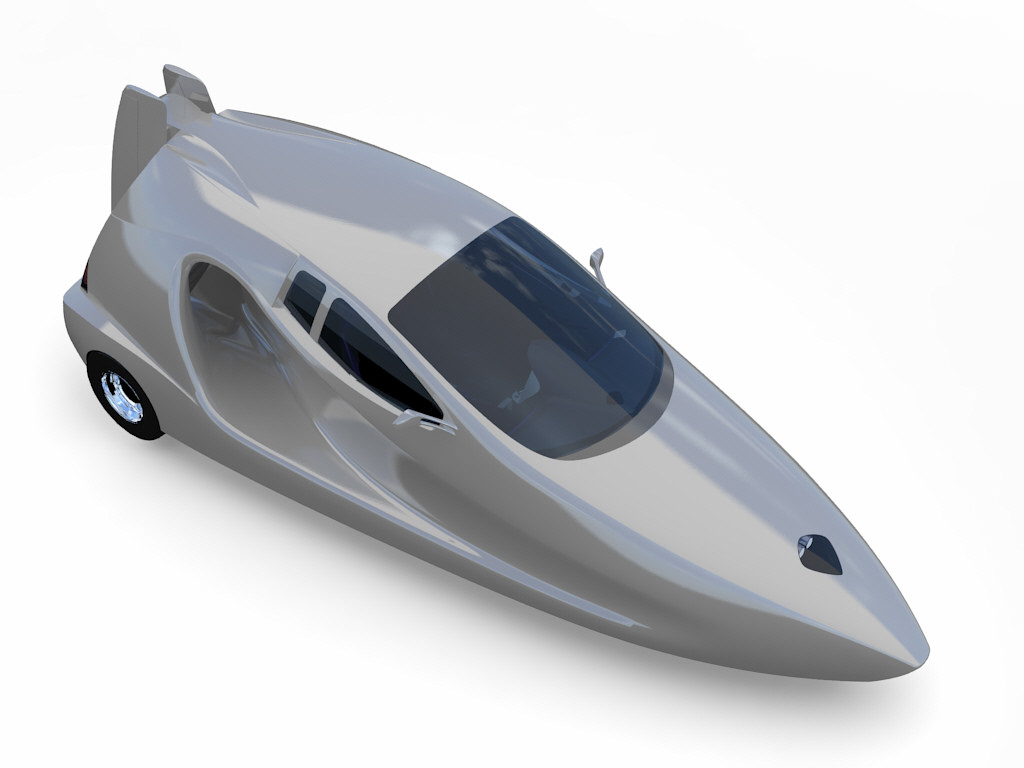 While the steps below are being done at Samson for the prototype build, you should know that the Switchblade kit will come with these steps completed. In fact, the majority of the wing assembly will already be completed before you receive your kit.

One way to keep an assembly that we are bonding with adhesive, strong but light, is to keep a standard distance between parts. This allows the proper amount of adhesive to act between the parts. Too little space might mean a weak bond. Too much space would mean a poor bond or added weight. The adhesive is very strong, but is not light! We want to use just the right amount. To get this spacing, we use carbon rod the size of the required gap, and bond the rod pieces into place along the entire bonded surface. Above, .030 carbon rod is being bonded to the bottom of the spar to maintain that bond gap.

With this prep work done, Chief Builder, Ron Burch, set the bonded spars down in the lower wing skin one last time before mixing the Hysol and starting the clock running on bonding the spars down into the lower wing skin. The Hysol starts to ‘set up’, or harden, once the two components of the adhesive are mixed together. With a large surface area such as this, work must be carefully timed.

Before the adhesive is applied, two lines of clear tape are placed along the sides of the bond area, so that any excess adhesive is easily gotten rid of.

With the mixing completed, the Hysol is then spread, first on the spar bottom, and then to the lower wing surface where it will be placed. Above, Ron works from the root end of the wing towards the wing tip.

The adhesive now in place, the spar is lowered into position against the bonded-in wood blocks. Wood fixtures are used at various places along the wing to grip the spar on one side and press it into place against the wood blocks. We then start cleaning up the adhesive to reduce weight and make a neater assembly.

A highly technical tool called a popsicle stick is used to both remove the excess adhesive, and give a rounded edge to the adhesive on each side.

At the end of the process, sandbags are placed to apply pressure to push the spar down onto the lower skin. This keeps the bond gap to the minimum 0.030″ (which is best for this adhesive), and also pushes the lower wing skin down into the mold completely so the completed part shape will be the correct shape for the wing. The mold holds the parts in the correct shape only if the parts are in contact with the mold!

Ron and Sam talk over the next portion of work, which includes bonding in the ribs. The rib near the root of the wing (towards the body), is particularly challenging as it has to be located precisely to be able to match up with the machined aluminum components of the wing swing mechanism.

The above image shows the completed assembly of the spar now bonded into the lower wing skin. We will now build some jigs, or fitting pieces, to align the root rib and wing/spar to the wing swing mechanism. In our builder assist center, this will be a large steel framework holding all parts in place for an exact fitment of all components. For ‘at home’ builders, we will have drawings for tooling that one can make to do the same thing for a ‘one time’ use.