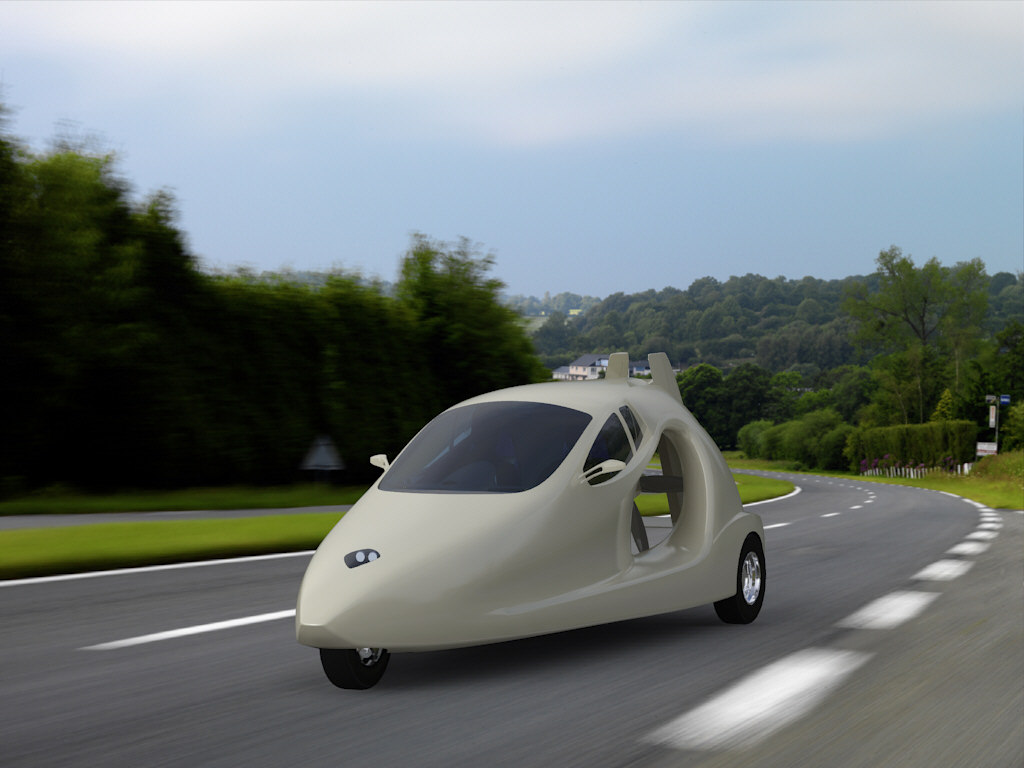 Two-day program is sponsored by Samson Sky, which is building the Switchblade flying car at one of the local hangars.

The Prineville Airport will be the site of several noteworthy events this weekend, for pilots and for the general public. Three classes will be offered, two for pilots and one for “frequent flyers” who are not themselves pilots; receptions, demonstrations, tours, and a world premiere movie showing will round out the slate of events.

The Prineville Airport Aviation Education Air-Fair is sponsored by Samson Sky. This company was founded by Sam Bousfield, the designer and builder of the Switchblade, a three-wheeled vehicle that flies and drives, dubbed “the flying car.”

When asked why his company is sponsoring this event, Bousfield replied, “I designed the Switchblade Flying Car in order to make aviation more useful and allow people to expand their lifestyle. This event totally aligns with that purpose.”

The two-day event begins this Saturday, Oct. 3, at 9 a.m. with the “Rusty Pilot Course” in the Howard Hangar at the Prineville Airport. This course meets the requirements for the ground school portion of the flight review process that all pilots must complete every 24 months. The required flight portion can be scheduled with a flight instructor at the Prineville Airport upon completion of the class. There is no charge for this course.

Larry Moore, community relations director of Samson Sky, explains the reason for offering this course: “Once you start flying, you will never lose your love of flying; but life happens, you get busy raising kids, financial obstacles crop up. We want people who’ve been pilots to realize that it’s not as time-consuming or as expensive to get re-qualified as they might have thought.”

Part of the Rusty Pilot course will deal with weather as it relates to aviation.

This part of the class will be taught by Delia Colvin, renowned aviation weather expert from Fly-Rite. On Saturday afternoon, Delia will teach a class dealing exclusively with weather as it relates to aviation.

“A lot of currently certified pilots have registered for this course. As you can imagine, weather is the most important aspect of aviation; you can never know too much about weather, ” said Moore.

This course qualifies for FAA “WINGS” credits and is being offered on this occasion for $50.00, half the usual cost.

Moore reports that this air fair has been planned over the last three months, and that pilots from throughout the Pacific Northwest have registered to attend.

On Sunday morning, from 9:30 to 11:30, the “No-Pilot to Co-Pilot” class will be held. This is for nonpilots who would like to know the basics of aviation.

As Moore remarks, “Just knowing what all those dials and levers are for can lower a person’s anxiety level.” Attendees will learn the basics of the cockpit, the airplane controls, and how to operate the radio, among other things. This class is offered free of charge.

At the end of classes each day, Samson Sky will host a brief reception with light refreshments. A demonstration of the Switchblade and tours of the prototype hangar for the Switchblade will be given as well.

At 7 p.m., on Saturday, a public viewing of the film “Flying on the Feathered Edge” will take place in Howard Hangar. This film is a documentary on the life of Bob Hoover, a world-renowned aviator.

“He can make a plane do things it’s not supposed to be able to do,” remarks Moore.

The film was produced and directed by Kim Furst. It has had two pre-release showings, one on Capitol Hill in Washington, DC; the other in the IMAX theatre in Chicago. It is scheduled to be released later in October. Harrison Ford, who is also a pilot, narrates the film. It has already been nominated for Best Independent Film of 2015. There will be no admission charge for this exclusive pre-release showing, but seating is limited.