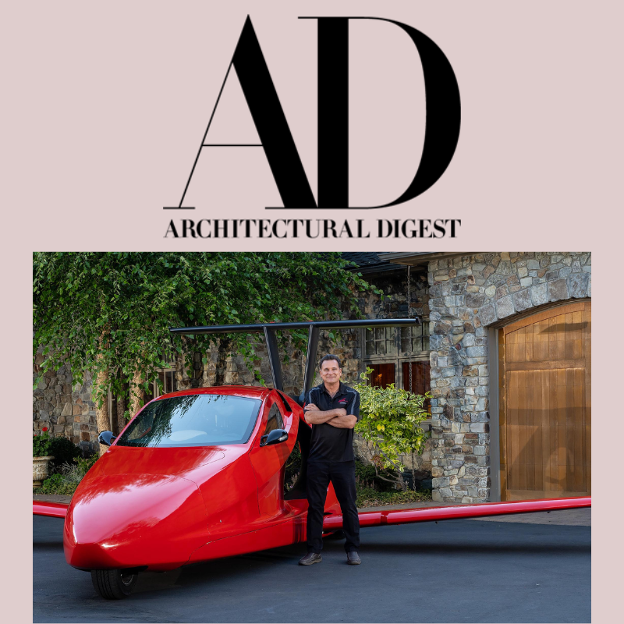 Step Aboard the First Flying Car Available in the U.S. Market 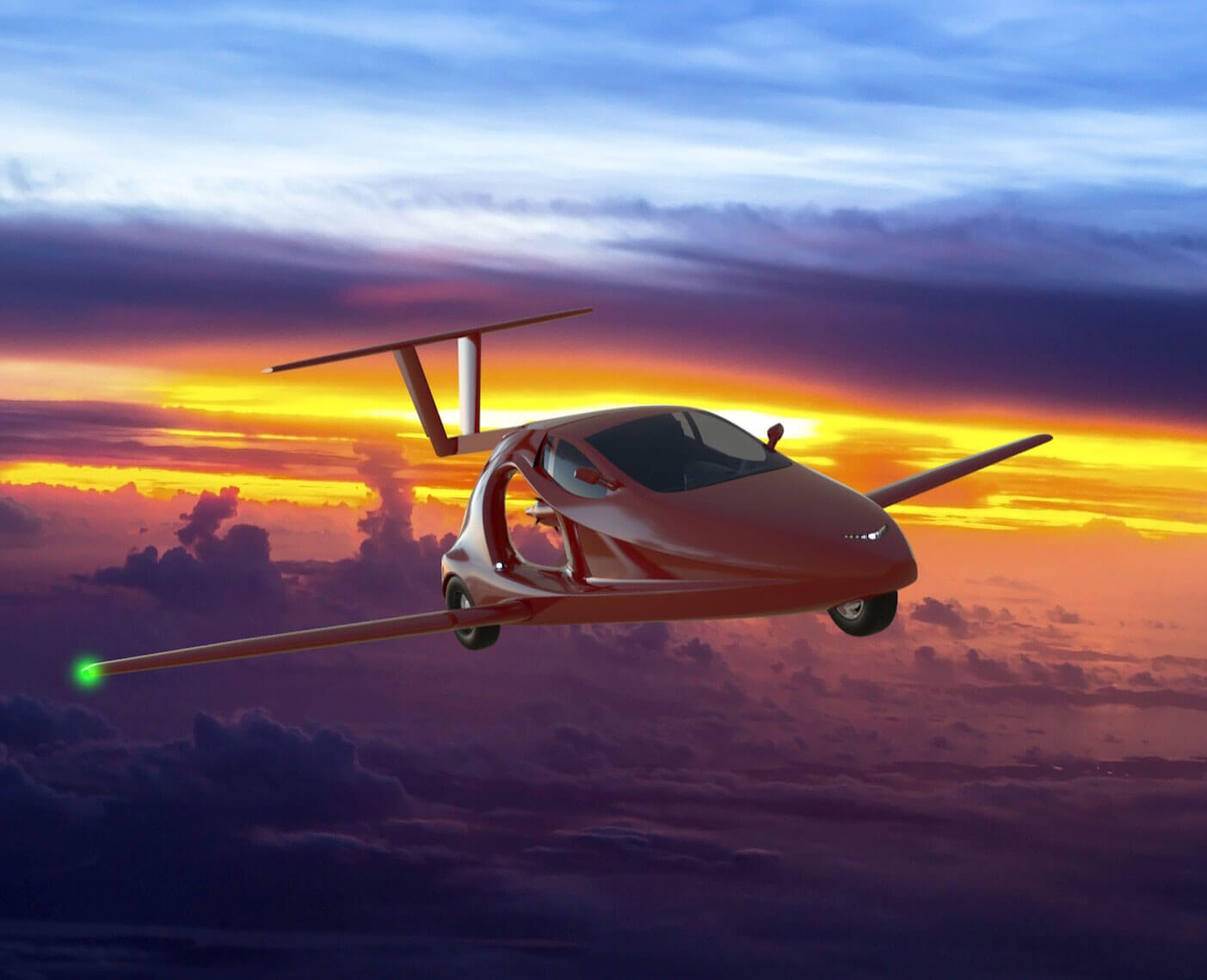 The Switchblade is poised to be the first flying car available in the U.S.All photos: Copyright 2022, Samson Sky

You’ve seen flying cars in Chitty Chitty Bang Bang, The Jetson’s, and Harry Potter—and soon you may see them coasting over your neighborhood. In late July, Samson Sky, a commercial flying car company, announced that its Switchblade model passed Federal Aviation Administration (FAA) inspection, clearing it for flight tests. After reaching this milestone, the Switchblade is poised to be the first flying car available in the U.S. market.

With a sleek design, the two-seat vehicle changes from car to airplane with the touch of a button. Like the pocket tool it gets its name from, the wings fit into the body of the vehicle when on the road, then pop out for air travel. Don’t worry: There are mechanism involved that ensure the wings always stay open in flight, even if you accidentally hit a button at the wrong time.

The company’s founder and CEO, Sam Bousfield, was an architect before embarking on this latest venture, which is now 14 years in the making. “One thing that has always stuck with me is that an architect is part engineer and part artist,” Bousfield tells AD. “It turns out that is a nice combination with which to approach something as out of the box as a flying car.” 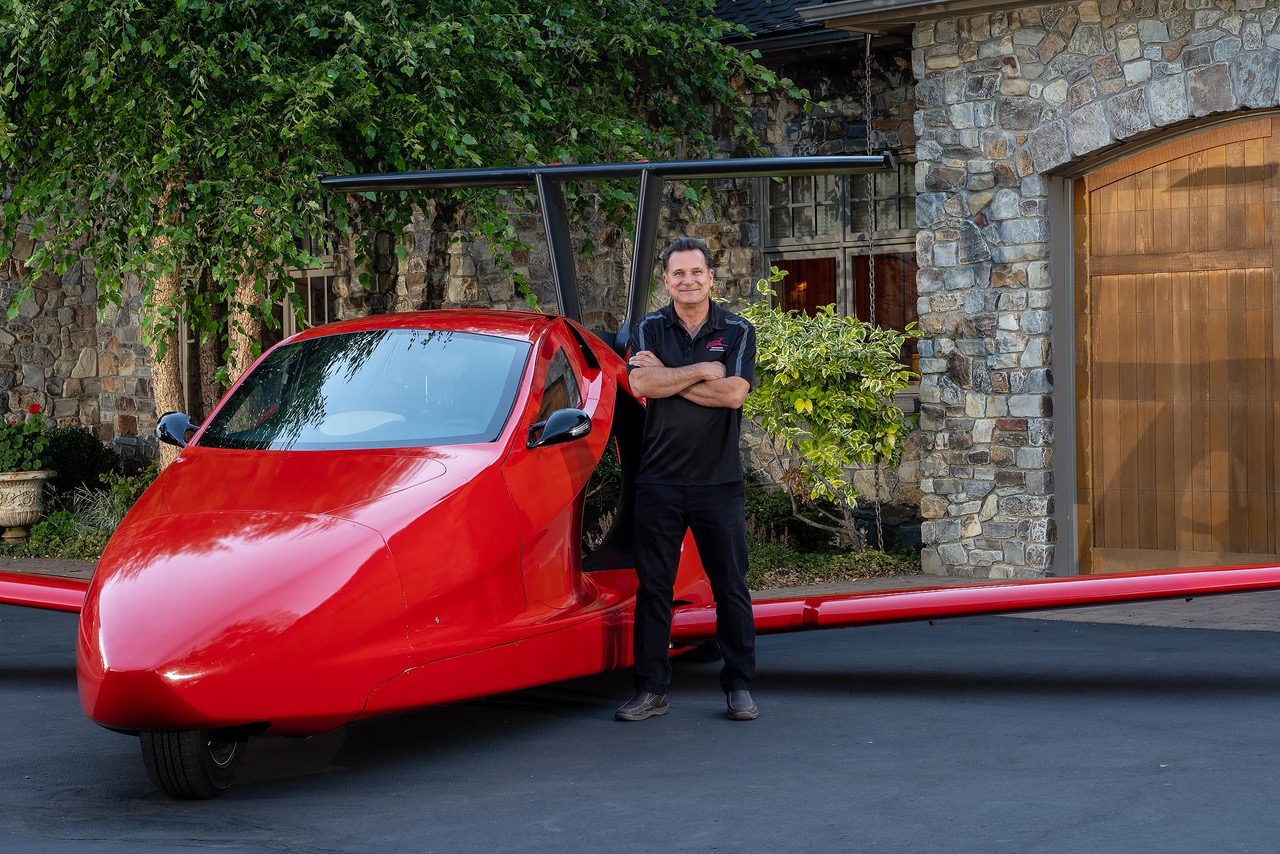 Sam Bousfield, founder and CEO of Samson Sky, stands next to the Switchblade.

This background in building design encouraged him to believe a flying car could be both structurally sound and beautiful. “Our biggest problem so far has been the common misconception that a flying car has to be a mediocre car or a mediocre plane, or both. Because I was an architect, and not trained to think that this couldn’t be done, I didn’t see it that way.”

The vessel flies at a maximum altitude of 16,000 feet—about 20,000 feet below where most commercial jets coast—and can reach speeds up to 190 miles per hour. While on the ground, estimated speeds are currently expected to be over 125 miles per hour. 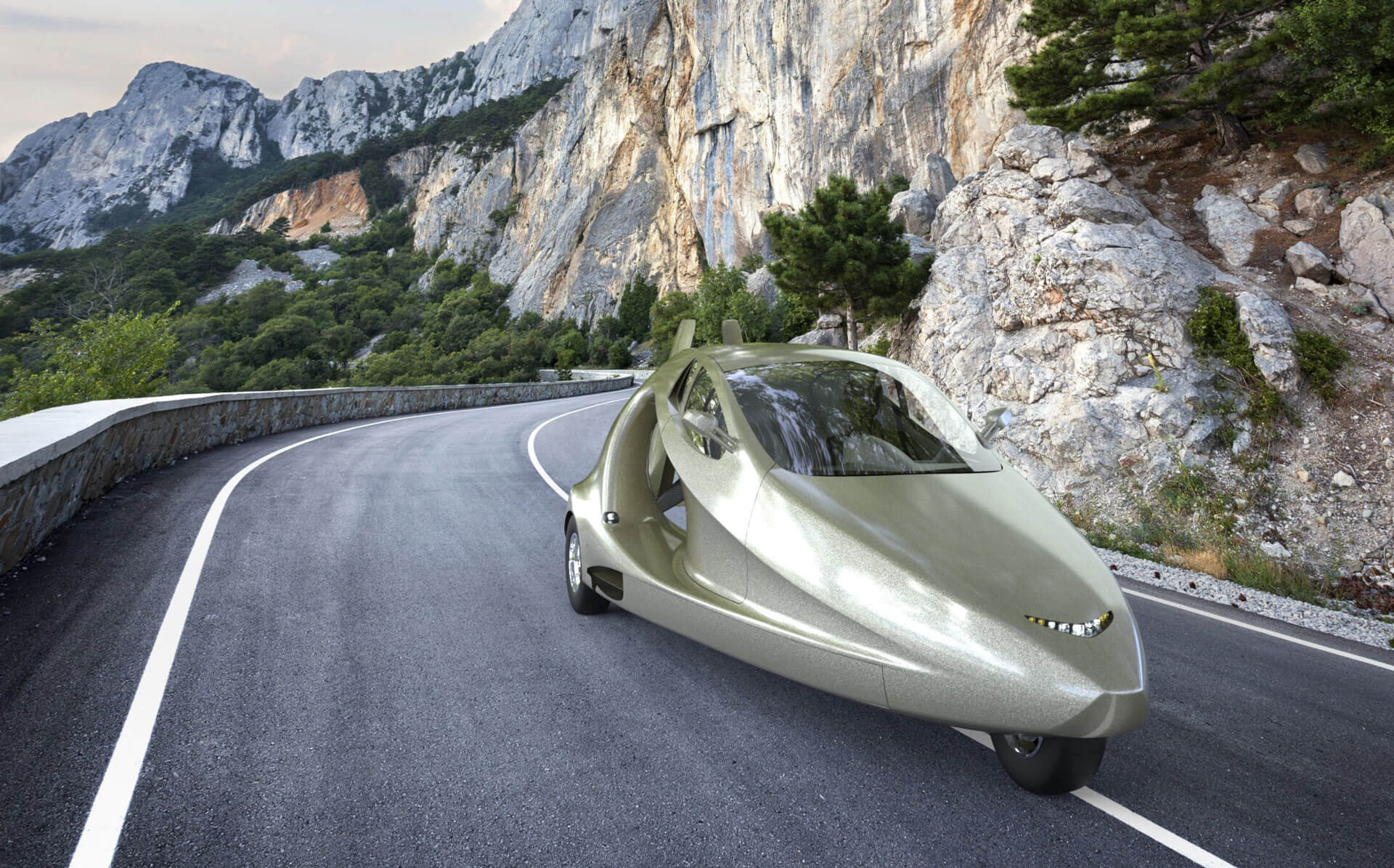 A rendering of the Switchblade shows the how the vehicle will drive on the road.

Since the Switchblade passed the FAA inspection, the company has been inching closer to the vehicle’s first flight. In a series of blog posts, potential customers have gotten an inside look into speed runs and design decisions—like the best doors for flight tests or the most appropriate propeller angles—that go into preparing for wheels up.

Once it hits the market, the Switchblade will cost $170,000. Interested buyers can join a waitlist for free, and will be expected to put down a $2,000 deposit within 45 days of the first flight. “It is a blast to drive, and if initial flight testing continues like we have seen, it will be a fantastic flying machine as well,” Samson says.