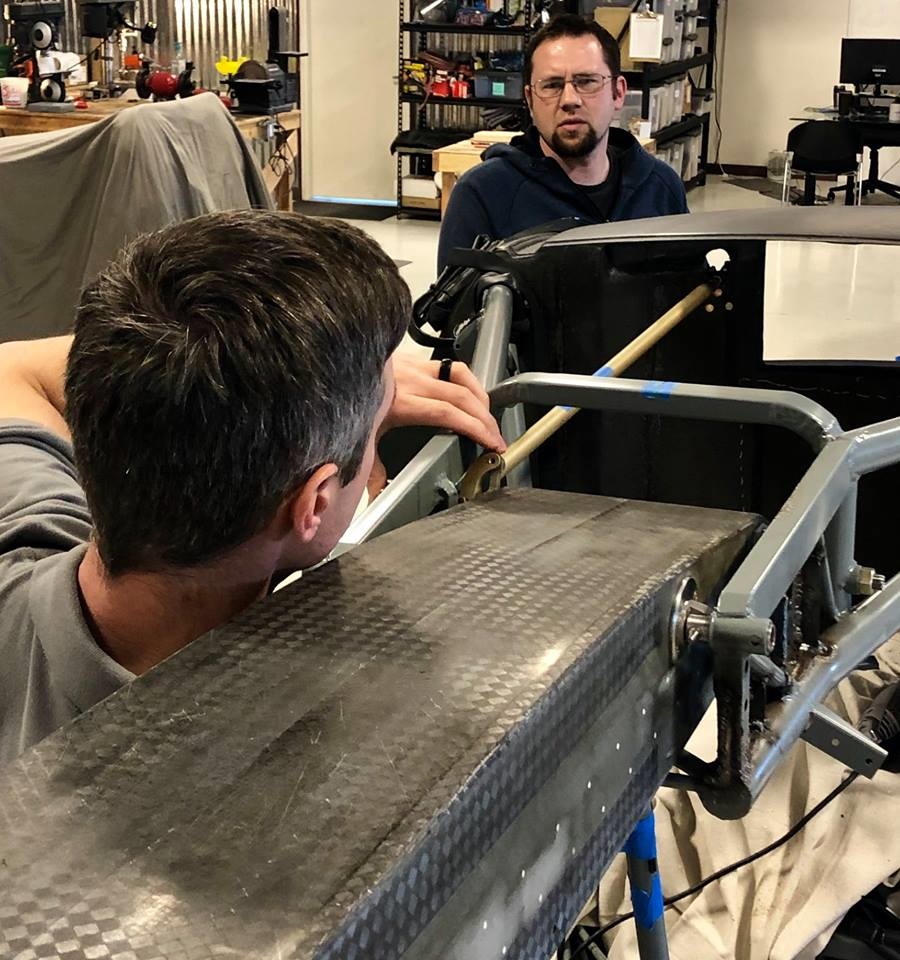 The next step was to place the boom on the rear tube frame, and run the connecting pushrod from the pilot control out to the boom. This is nearly completed, shown here in the image below being worked on by David Nobles (left) and Assembly Tech Sean Bliss. The pushrod connects to the movable boom with the same technique used by many gliders with removable wings. There is a small block that pivots operated by the pilot that is attached to the frame, and another block on the part that moves (in this case the boom) that is connected to the flight control (movable surface of a wing or tail). When the movable boom is pulled out into place, the two blocks are moved up against each other, and the pilot rotates one block, which moves the second block. This way there can be no probability of the controls not being connected for flight, as long as the tail boom has been moved into position and locked in place.