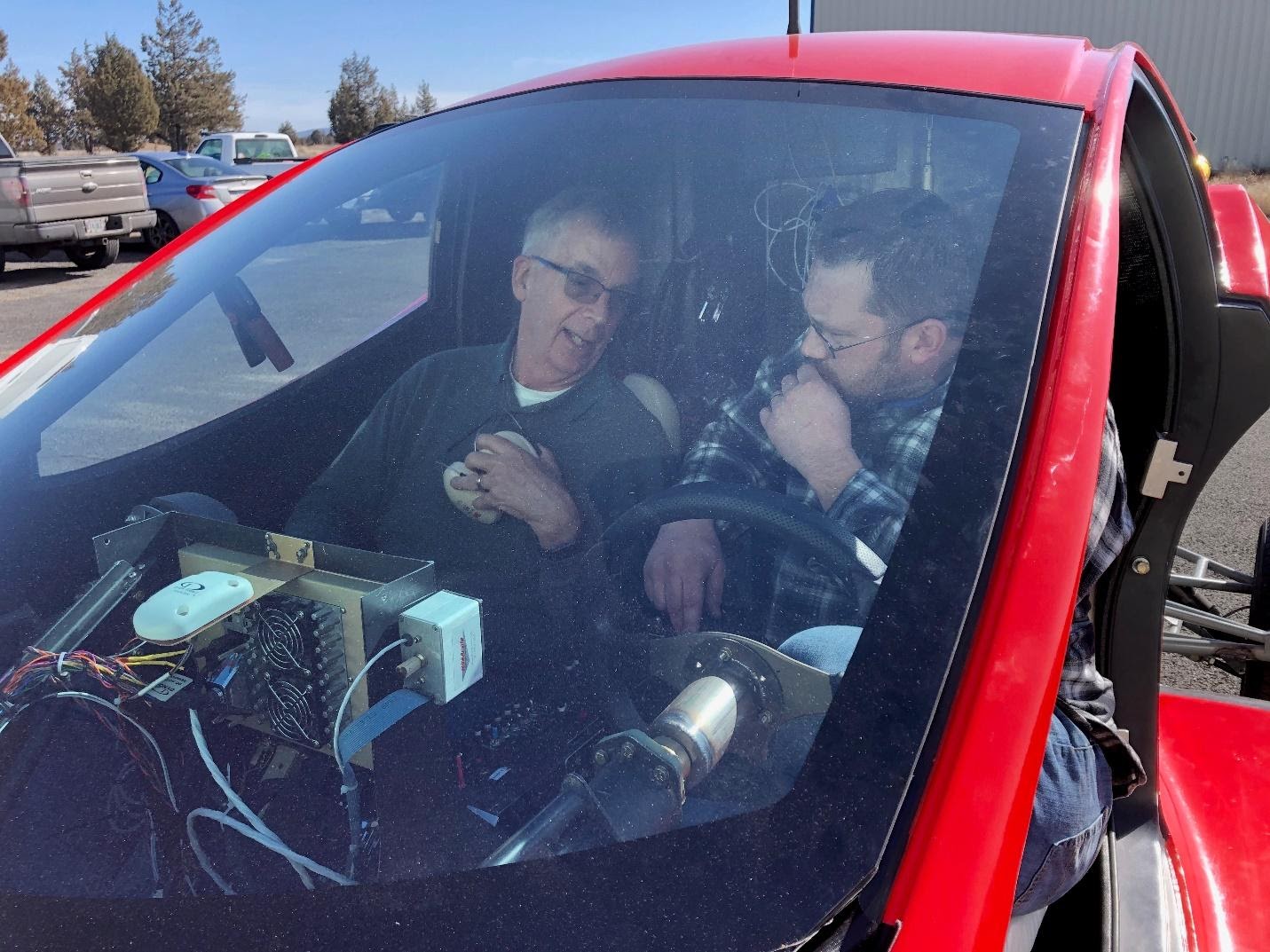 Roger Dawes, our tuner from Loyning’s Engine Services in Portland, came to help troubleshoot the replacement engine for the Switchblade prototype. A few weeks ago, Roger, Arnie Loyning and team tuned our other engine for 200 hp. After we got back from the engine dyno in Portland, we were doing some testing runs in Prineville and unfortunately blew a head gasket. Tracing it down, this appears to have been caused by an assembly error in the engine. So we swapped that one out for our second engine – same model, but a higher compression ratio – hence the need to tweak the tuning.

Roger is shown (on the left) going over the plan for the day with Samson tech, Sean Bliss (right). Sean is running the engine while Roger does the tuning from the passenger seat.