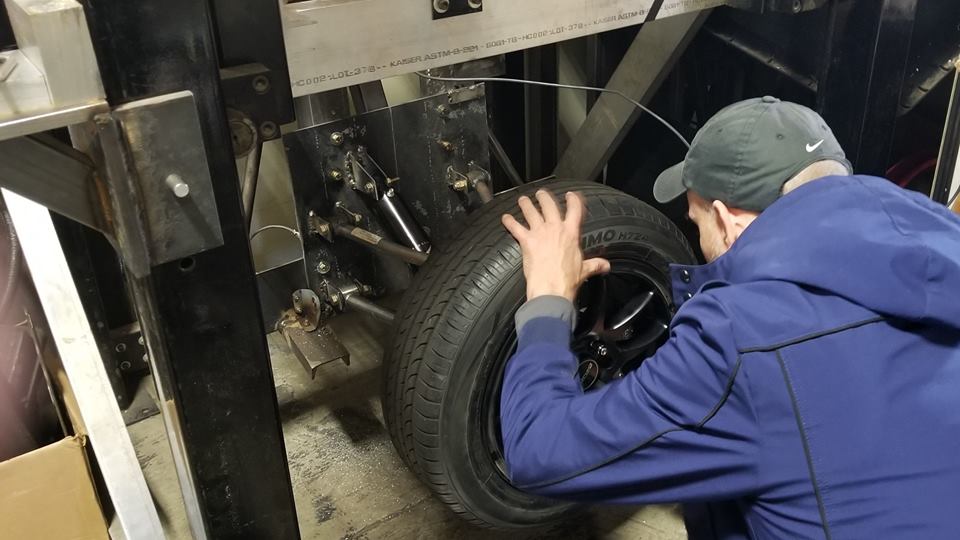 Derek Fluker, part of the Rear Suspension Test Team, is shown in the image above adjusting the tire and wheel set-up for that critical test procedure. Suspension drop tests are sometimes exciting if the design is too close to passing standard, as suspension parts can fly off the drop test stand as they fail. We had our lead engineer, Alexander Bondar, write up the test procedure, and Samson engineer, David Nobles, ran the testing. You may see and hear management consultant, Dana Beebe, describe what we are doing and introducing one of the drop tests that we recorded on video. You can go to our Samson Facebook page to see the short video covering this milestone.

The drop test went exceptionally well, and we passed on our first attempt. The FAA guidelines include a series of tests that involve loading up a test drop sled with almost 500 lb of lead weight, and having the Team accelerate the tire and wheel until they are rotating at the same speed as a landing would be flown. The drop sled and suspension assembly is then dropped and that assembly has to withstand the forces that might be produced by repeated hard landings. This took a lot of work to get ready and execute, and I am proud of the Team, including the engineers, who gave us a product we could be confident to use in the Switchblade. The Drop Test Team is shown in the image below standing in front of the test tower at Risse Racing in Redmond, Oregon. Left to right: Dana Beebe, David Nobles, and Derek Fluker. 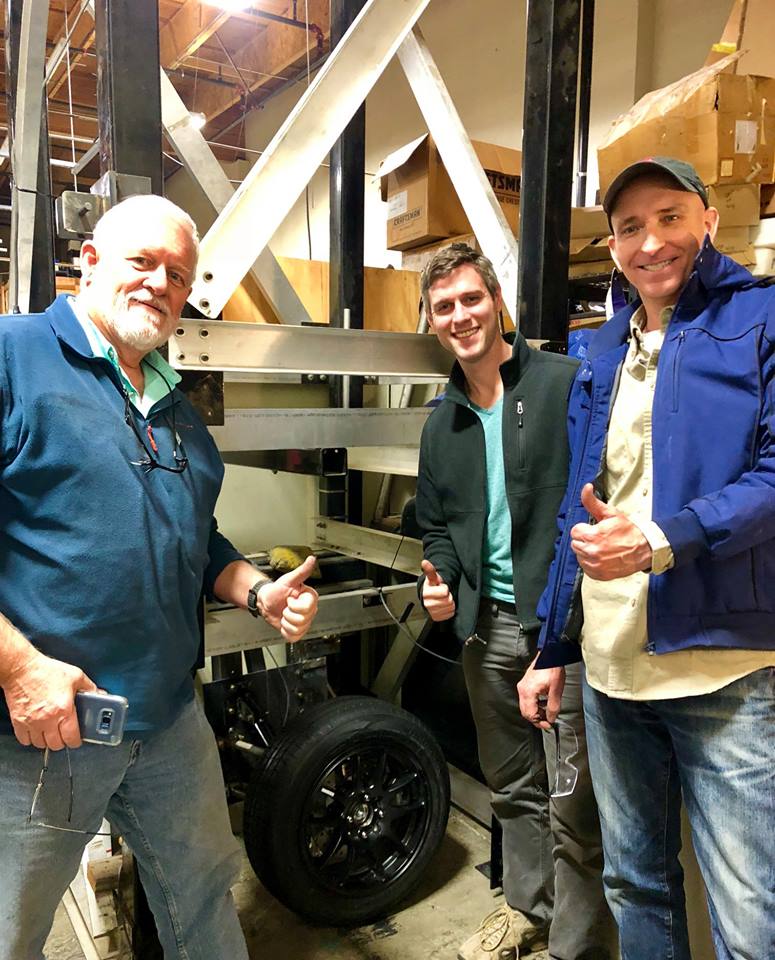