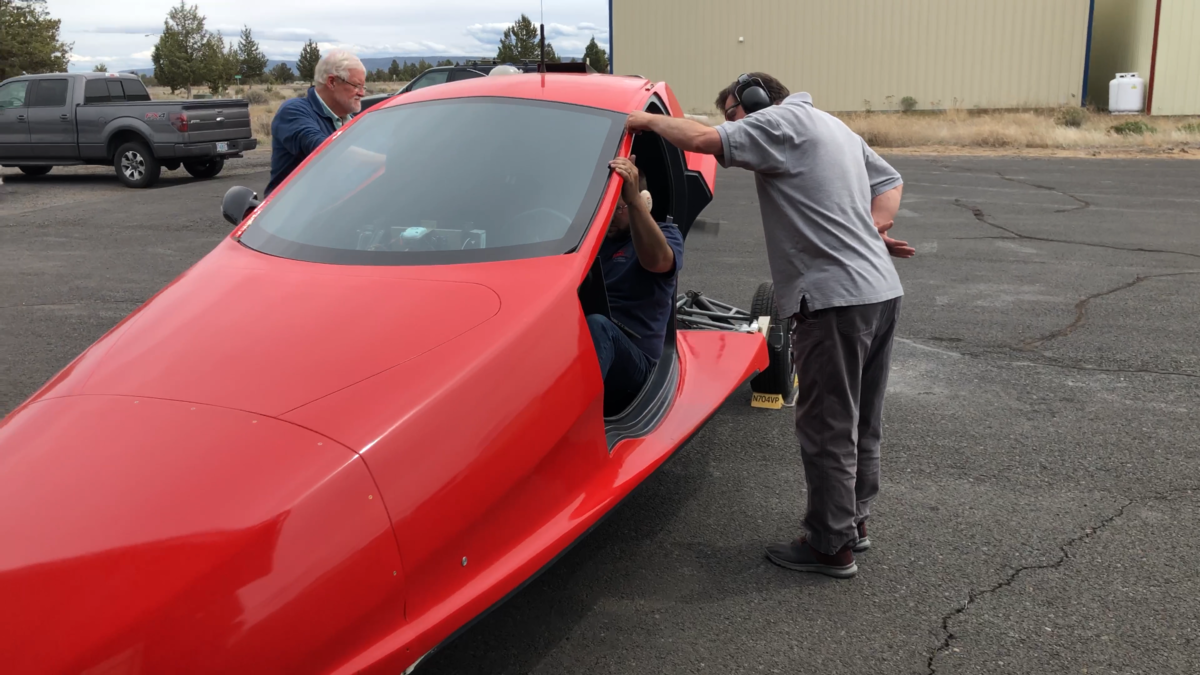 We had been waiting for engine studs to arrive to replace the head bolts for the turbo-charged Samson V4 engine. With the new studs installed, the engine, powering the prop, was run up to 15 psi of boost, which is higher than the 13 pounds we would be using in flight testing. No problems appeared. Yay!!! The crew was fairly intent, as you can see in the video, with Sean Bliss at the controls running the engine to maximum power, Sam Bousfield looking on to monitor the temperature and boost, and Dana Beebe operating the infrared temperature gun.