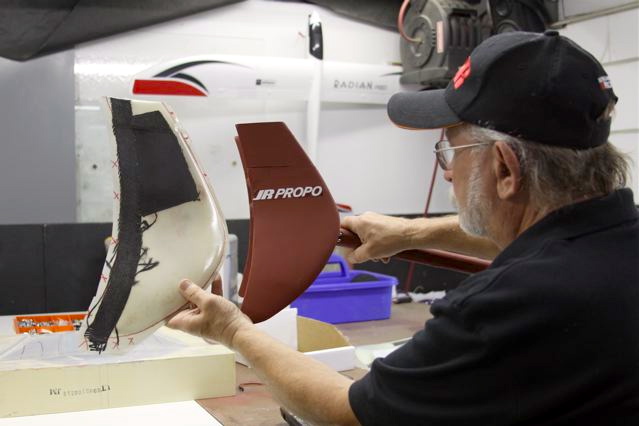 Joe Marine is shown applying his magical touch to the Switchblade 1/4 scale prototype. He has been working recently to enlarge the tail as per the standards of the scale model industry. This is our second and most likely last test set-up for the 1/4 scale flying prototype. You can see from the photo that the new parts are larger then the original, which were produced as an exact scale copy. The enlargements were an anticipated second test set-up, as the standard of the industry is to enlarge the tail 25-30% when doing a scale model. We are keeping the shape and air foils the same, using the same molds and just extending the trailing edge of the vertical stabilizer to gain extra surface area. When we are done we will have a tail sized correctly for this scale of prototype.

Below you can see both vertical stabilizers with the dark carbon reinforced areas. This is to provide extra strength in a very thin part of the tail, and for the locations where the horizontal stabilizers are being joined. 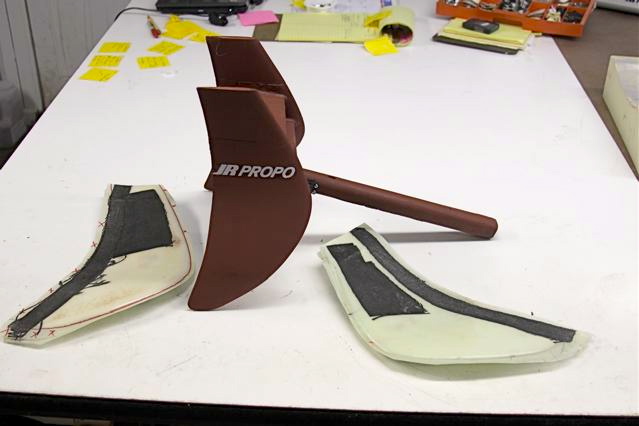 Below is Joe laying out the new horizontal stabilizer compared to the existing one. You can see the addition of the span “left to right” of the new compared to the old. Both horizontals are being enlarged in this fashion as well as gaining a small percent in chord, which is front to rear. 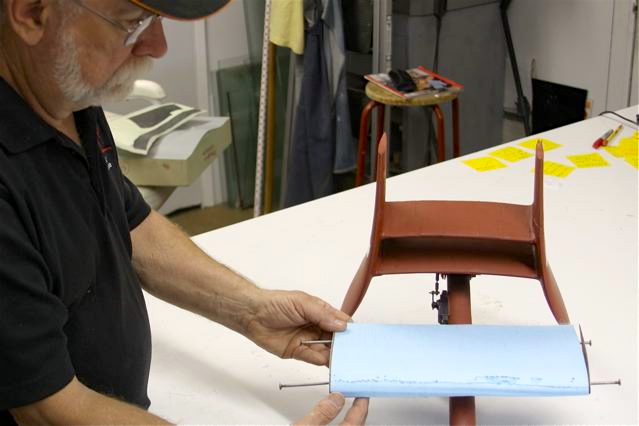 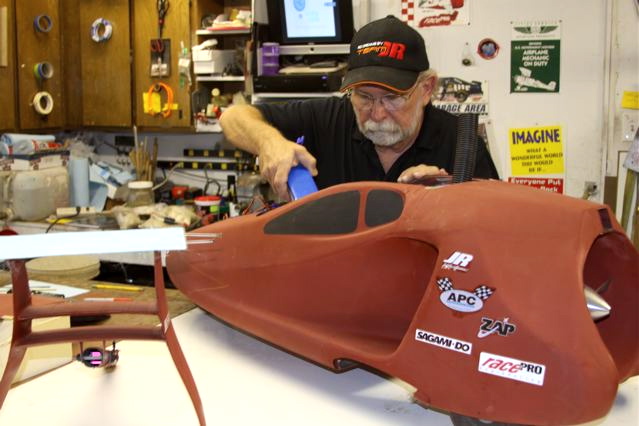 We have reviewed the videos from earlier testing and are using the experience we gained to help insure that the remainder of testing goes as smoothly as possible. We will still be pushing the envelope near the end of testing and now is a good time for us to test certain flying conditions on the 1/4 scale, before we have a pilot onboard.