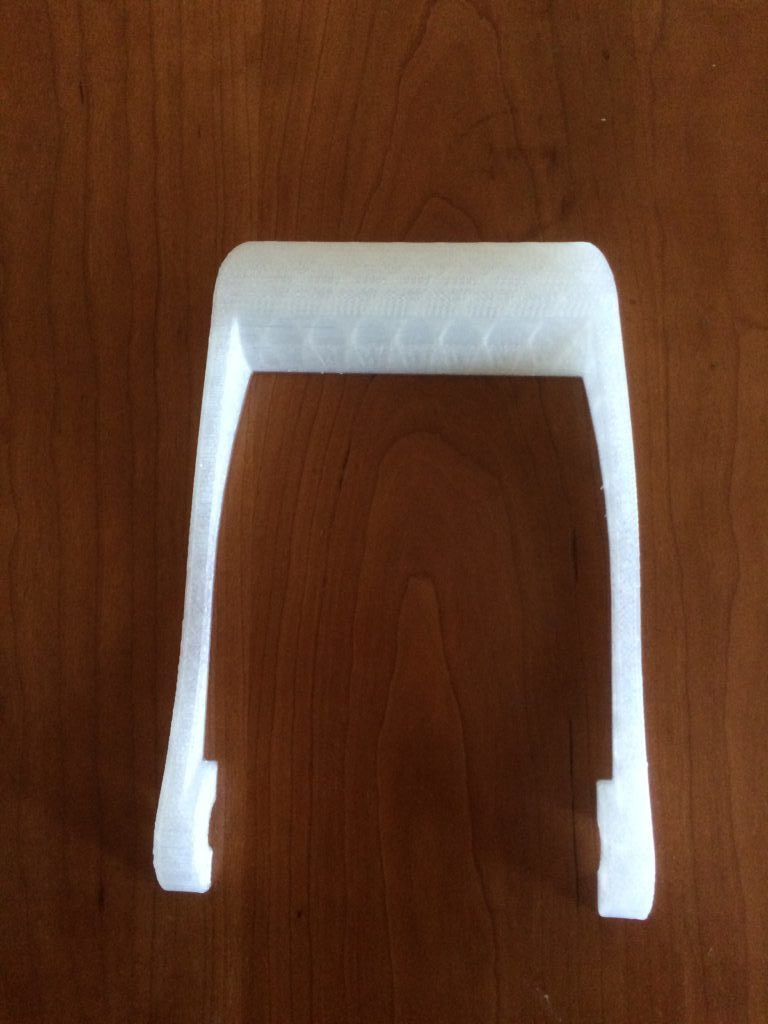 The last post ended off talking about 3D printing, so I would like to pick it up at that point. We printed the first half of the hand throttle, which will be used during flight. It was easier for us to do printing of two halves and bond them together in this case. The first half turned out very well. When the two halves are bonded together, the part will be used to gauge how it feels in the hand when being pushed and pulled through the actual range of motion. This is one of those ‘have to feel it’ things, like a steering wheel. You can design it in the computer, but it comes down to “how does it feel”?

Next up to print is our extended intake plenum (fancy name for a box). The plenum sits on top of the engine and accepts the compressed air from the supercharger in a large space. This allows the air to move down four different paths from the one box, and not drop in pressure as it does so. Not always known, you can completely undo any advantage in a turbo or supercharged intake system by having too small of a plenum. We may not nail it first time out, but I bet we will be close. the box looks like this, but isn’t printed yet: 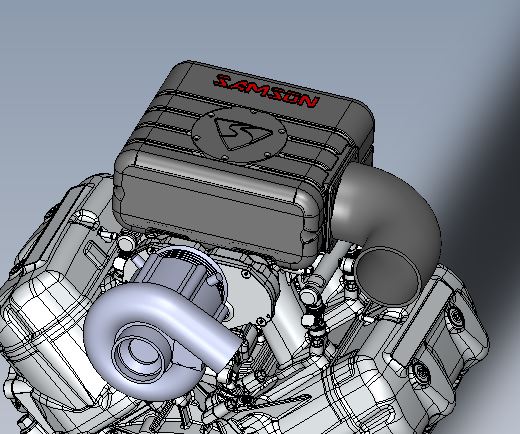 We are stretching the existing plenum by 1″ to allow a bit more room around the bell mouths. The bell mouths give a nice curve for air going down to a single piston to stick to. Air, like water, tends to stick to a curve. By giving a curve to the incoming air, it flows more smoothly down the hole into the engine. Probably not a very scientific explanation, but that is essentially what is happening.

We also finished more body parts. There are ten carbon fiber components to the main cabin of the body. We have finished six of the ten, and are working on the last of those now. The images below show the intermediate bulkhead, the door opening stiffeners, and hard to see but the last image is of two triangular shaped pieces as yet untrimmed, that are used to join the floor pan to the sides of the body. 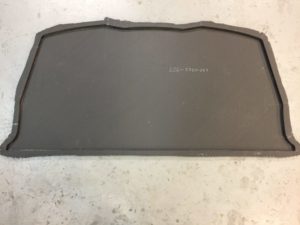 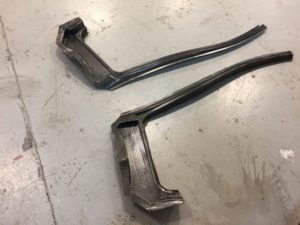 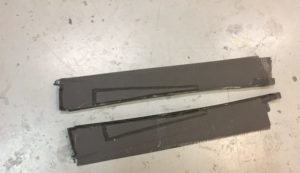 Also finished was the fixture for assembling the body once all parts are in hand. A fixture, as you probably know, is something that holds parts in position while working on them or assembling them. In this case, we have ten parts that need to be held together so we can bond them and know they will be in the correct shape once done. We will have permanent fixturing when in production, but this type of temporary tooling will allow us to make up to five or so prototypes without having to build expensive production fixtures before they are needed. It saves us time and money, but allows a precision build. See the image of this below, and realize that the body will be built on its side. In this view, the top is the side that is towards you. 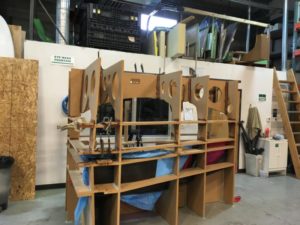 We also completed a second steering wheel prototype to test a more ‘final’ shape. A third steering wheel prototype was used to test out the mounting and charging for the iPad mini that comes with the kit. There are charging systems that work on a magnetic principle so that you can position the iPad over the charge plate, and it will charge without having to plug in the iPad. At the same time, we are using an iPad cover with magnets to fix the iPad on the control wheel so that no matter what shape future tablets take, or what the charging plugs might grow into, your control wheel will still be able to be useful. These magnets are way stronger than they need to be, so we will probably tone it down a bit. The magnets do need to keep the iPad in place despite bumps on ground and in air, but you also have to be able to get the iPad off the control wheel when you want!

I have some really cool news that I will post coming up shortly regarding the new materials we have been testing. It is a little premature as we don’t have all the tests done and documented, so I will be a bad elf and just give you a teaser. Check back after Christmas, though, as this could be a really exciting moment for the project.