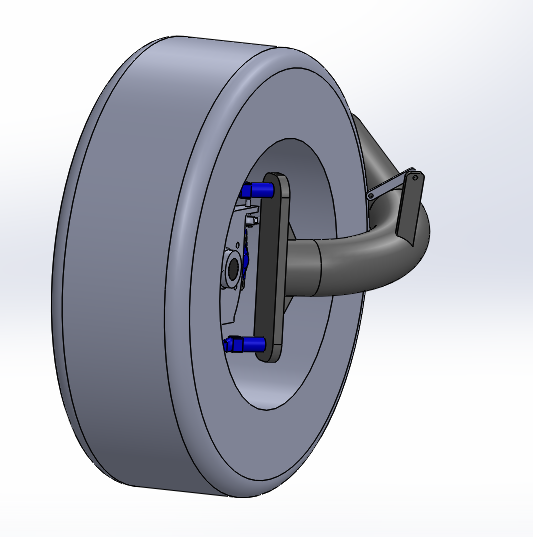 We had a change in how we approach the leading arm front suspension. Above is an engineering image of our original leading arm, shown curving away behind the front wheel. Having a bent piece of very tough steel proved harder to obtain than we realized, so we changed to a welded series of straight sections, shown below, to make the curve. The welded tube ‘curve’ is just as strong or stronger as the earlier bent tube, and is easier for us to have manufactured. The straight tube at the end of the ‘curved’ section is captured in bearings at the front bulkhead to allow it to rotate when the tires hit a bump or pothole. We also received the benefit of another inch of clearance between the leading arm and the inner surface of the body. 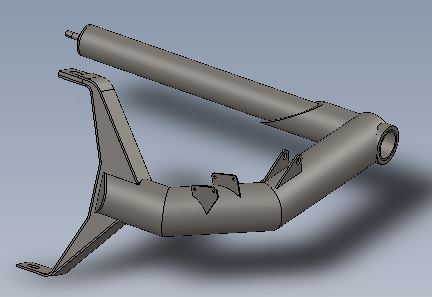 Below you can see two images of the brake and spindle assembly completed and ready to be bolted to the leading arm (shown and mentioned above). We are making two leading arm suspension units. The first is for drop testing. The purpose of drop testing is to punish the suspension assembly in increasing stages to establish that the suspension is capable of handling repeated hard landings.  It is common to break the leading arm assembly in the later stages of testing, and the last test is passed if the assembly fails but stays intact. The second will be bolted up to the Switchblade after the first confirms the materials will pass the required test. 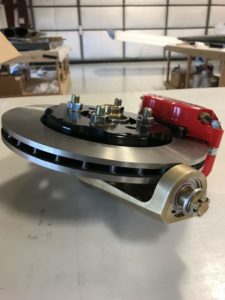 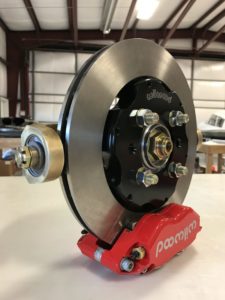 We leave you with the newest image of the Switchblade, coming up out of the Miami, Florida, region. We expect this to become a common sight, as more and more people find out about the great advantage in ease and speed of travel that the Switchblade flying sports car can deliver. From here you can island hop through the Caribbean, exploring the islands as you go. Not a bad way to spend some free time! 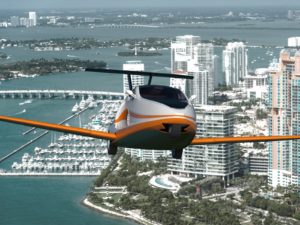