We are building the jig, or fixture, that will hold the wings and all metal pieces in place while the assembly is bonded, drilled, bolted, and finished. While that is occuring, we are also finishing up the small bits left in the wing, like the aileron connecting rods. Below you can see the aircraft aluminum tubing used as a push/pull tube, with the end caps that attach to the bell crank near the aileron, and control interface at the root of the wing. 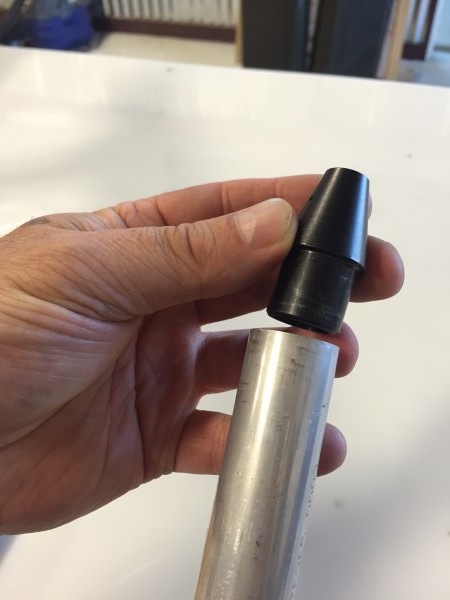 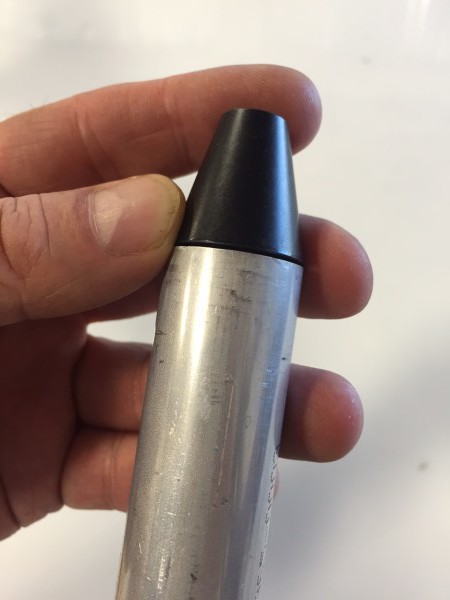 We also received Garnetread tires to be tested for the front wheel of the vehicle. Since we only have one front tire for steering, it makes sense to give that front tire all of the help we can. Garnet is used in sandpaper, and its use in tires is to promote traction in all weather. Garnetread tires were tested on an ice rink by the highway patrol in Washington State, and outperformed both chains and studded tires. We would like to test the tires in dry conditions as well, so will be mounting them on the ground prototype and testing with the slalom course again to see if the run times improve. 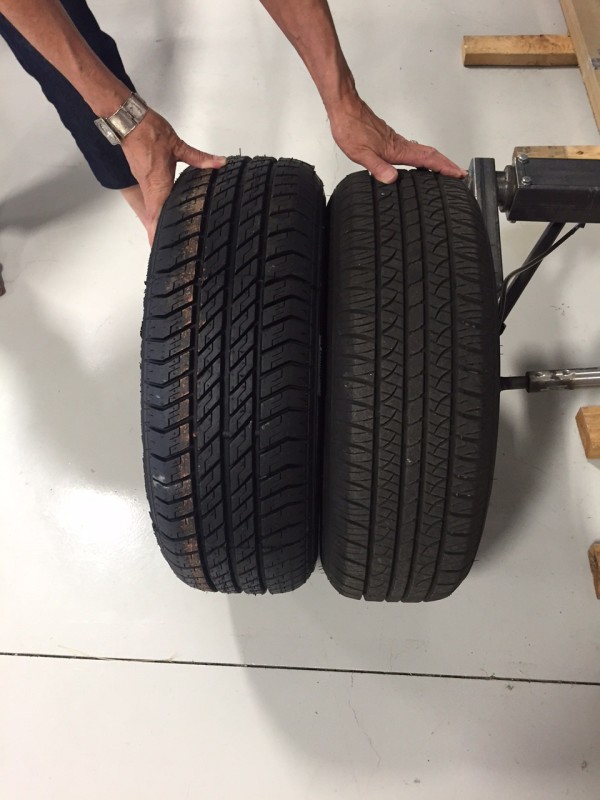 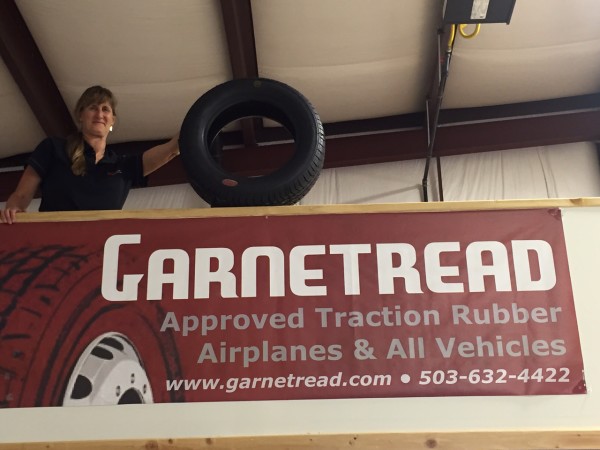 The body plug (solid shape of the vehicle body) has been separated into three different components, and these components split between two different shops to reduce the time spent receiving our final body parts for assembly. We would like to have the cabin section assembled within two months, allowing us to mount the suspension and wings. The engine installation would follow, then the prop and tail.

The nose cone and a bumper section are separate pieces, to enable easy replacement if and when a Switchblade owner has an accident affecting these parts. We also have crumple zone material and construction in these areas, so it made sense to make them separate.

Having re-designed the front suspension, we had to check it with the nose cone, calculating the amount of suspension deflection we would get in a hard landing, while minimizing damage to the vehicle. There are many calculations done, and then we do a physical drop test loaded to design limits to ensure that the assembly will perform the way it should. Experimental aircraft aren’t required to do such engineering, but we are producing a vehicle we would eventually want to certify, and we also want it to be as safe as possible for you. The images below are an indication of the work that goes into this type of engineering.

We will show you the work on the doors next, along with the wing jig as it is made. More to come, so check back soon!