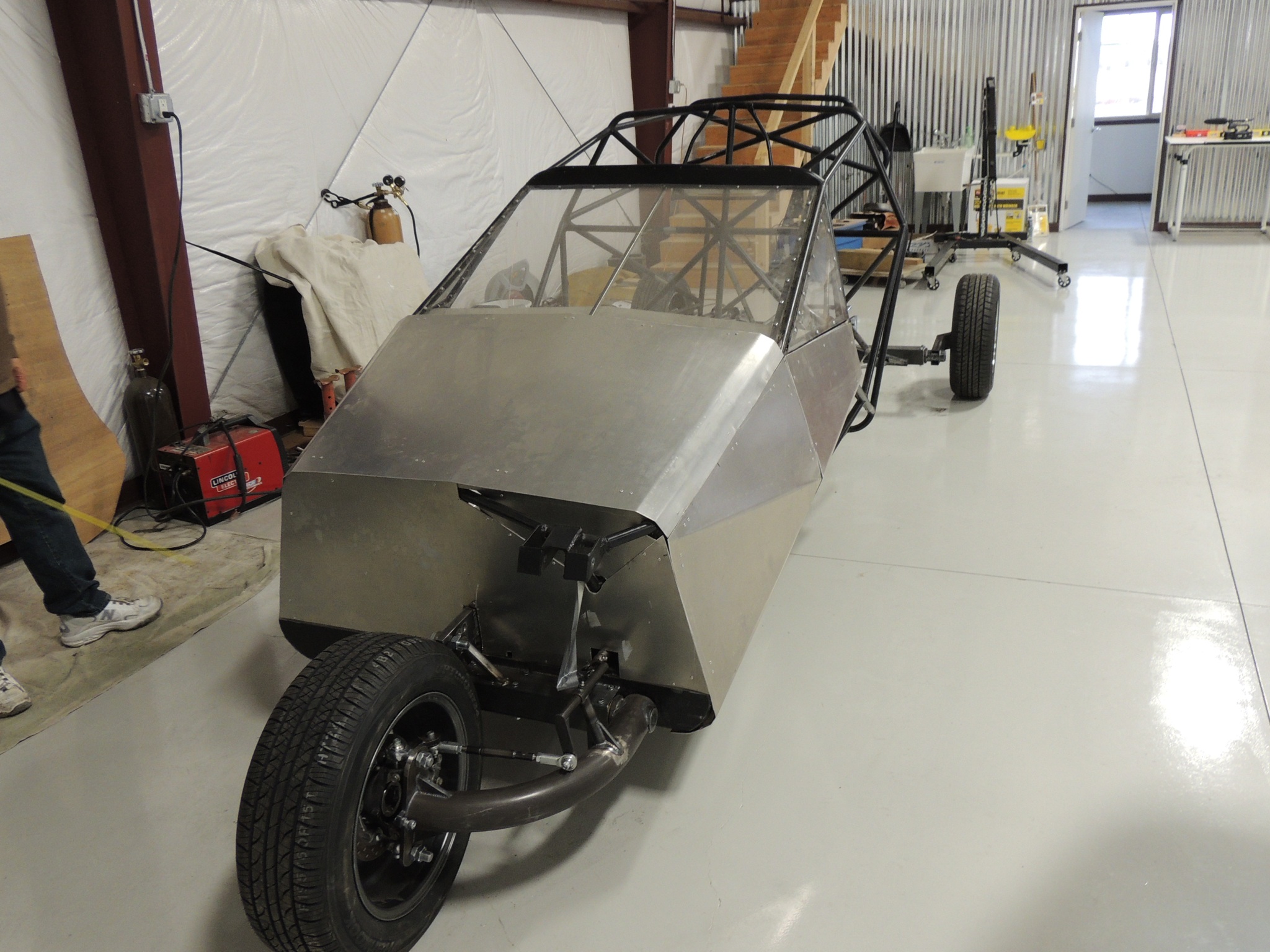 The wing jig (metal framework that holds parts together in place) is being assembled and rigged for use. Below is shown the framework nearly completed and ready for the wing pieces to be placed within.

Next we placed the wing skin with main spar (beam) in the lower cradles, and are getting the last of the brackets machined to hold the metal pieces in place at the root (body) end.