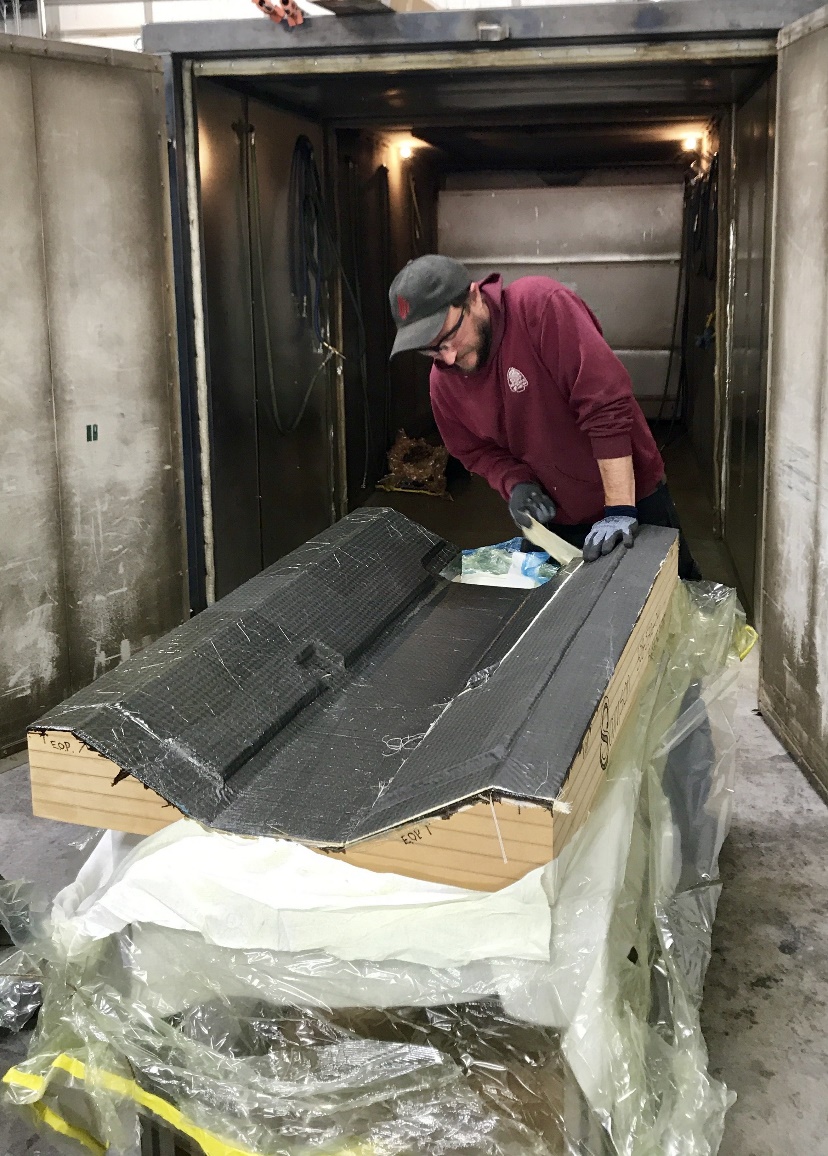 Needing more space in the engine bay is probably a familiar story to builders and engineers.  I think most modern cars have their engine bay more carefully planned out than any other area in the car. For us, we wanted ample space to work on the engine while it is on the body, and a way to bring the engine out of the top of the vehicle for any major repair that might be needed in the future. As the transmission and gear reduction to the prop were finalized it became evident that we had finally run out of room back there!

In order to accommodate everything we needed, we had to shift the engine forward over three inches, which meant creating a new firewall at the rear of the cabin. Above you can see Ryan Massey taking the carbon replacement part out of the oven after it had been laid up and cured at Composite Approach in Redmond, Oregon. This is a tense moment, because if the part doesn’t let go of the mold, it can be the start of a very bad day! In our case, the Composite Approach staff had done their job well, and the part came out just fine.

The engineers made the modification drawings and ran their calculations, and then we sadly had to create a ‘hole’ for the new part to fit into in the rear bulkhead that we had previously installed. There is quite a lot to this type of modification, as you have to make the finished part as strong or stronger than the original. Ron and Brent Burch prepped and bonded in the new part using Hysol aircraft adhesive. They are shown below after the new part is in position and they are finishing the bonding process, with Brent inside the cabin. 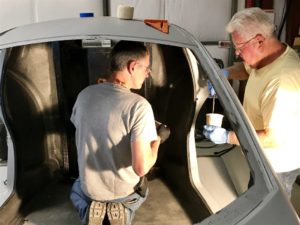 Once the part is bonded in with aircraft adhesive (blue seen in the joints in image below), the open edges of the core material is covered – in this case with a slurry of resin, micro-spheres of glass beads, and flox (chopped cotton fibers). This slurry was pasted over the exposed core and is the white material that runs vertically on the part below. Then we cut out lengths of carbon cloth, and with overlapping layers, bridged between the existing structure and the new structure to carry through the strength of the carbon fiber from one part to the other. 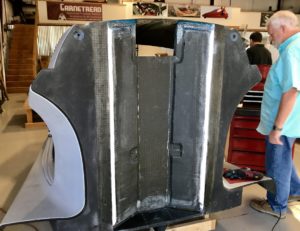 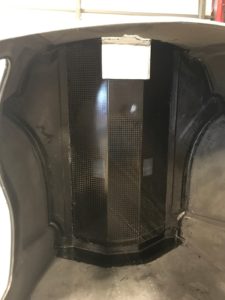 The carbon panel modification has now been finished (shown above from the inside), and is ready for the installation of the tube frame being fabricated at Risse Racing in Redmond.