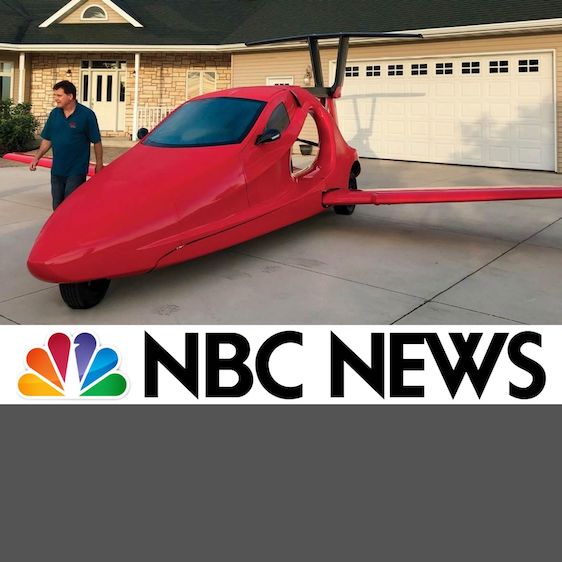 Uber has offloaded its Elevate unit, but flying taxis are still taking off

Interest in flying cars and taxis has only grown as the country’s highways have become increasingly crowded.

Hammered by a huge falloff in ridership during the pandemic, Uber has sharply scaled back some of its most ambitious high-tech programs, pulling back on its dream of becoming a leader in the emerging air mobility business. But interest in flying cars and taxicabs has only grown as the country’s highways have become more crowded.

Uber, which sold off its autonomous vehicle unit last week, announced that it has also offloaded Uber Elevate, the air taxi operation it announced to much fanfare 2½ years ago. While it typically takes more than two hours to drive the 74 miles from San Francisco to San Jose, Uber estimated that its Elevate flying taxi could get you there in just 15 minutes.

Joby Aviation of California will take over Elevate as part of a complex deal in which Uber will invest $75 million in the startup. The deal will “deepen our partnership,” Uber CEO Dara Khosrowshahi said in a statement.

While Uber may be pulling back from the air taxi business, Hyundai and Toyota are ramping up their air mobility plans.

In October, Hyundai said it would set up a separate unit to develop a complete lineup of airborne products aimed at services like Elevate, which still operate from an Uber app. At this year’s Consumer Electronics Show, Hyundai showed off a full-size mock-up of a multirotor air taxi dubbed the SA-1.

For its part, Toyota has backed Cartivator Resource Management, which had been planning to demonstrate a single-seat flying car during the Tokyo Olympic and Paralympic Games, which have been delayed until next year.

“Air transportation has been a long-term goal for Toyota, and while we continue our work in the automobile business, this agreement sets our sights to the sky,” Toyota Motor Corp. President Akio Toyoda said in a statement in January.

If air taxi services literally do take off, there could be a rapid need for thousands of aircraft around the world — and established car manufacturers would clearly have an advantage in mass production for the burgeoning industry.

Traditional aerospace companies, such as Boeing and Airbus, believe their own experiences can translate into viable products. Airbus staged the first flight of its CityAirbus, a prototype vertical-takeoff-and-landing air taxi, in July. Boeing’s NeXt division has been moving forward on its own program since an autonomous prototype staged a minutelong test flight nearly two years ago.

Like Joby, a number of startups also hope to enter the airborne taxi space, including the German companies Lilium and Volocopter. 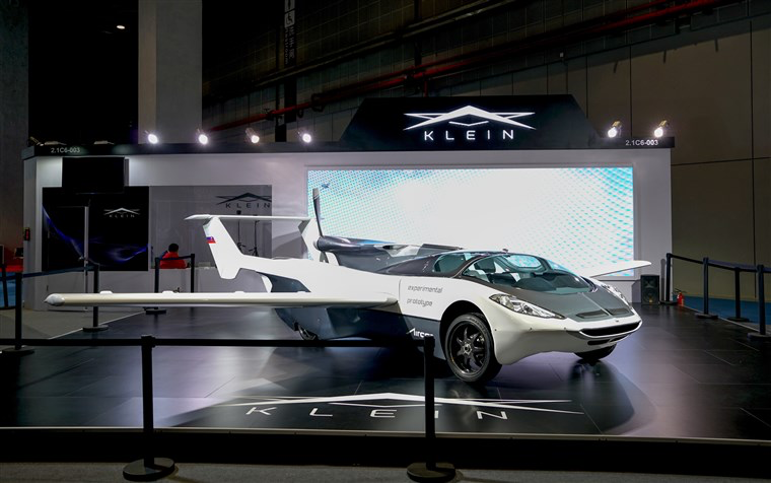 Other startups have a different business model in mind. Samson Sky of Oregon, Klein Vision of Slovakia and Terrafugia, an MIT spinoff now owned by Geely of China, are all focusing on building flying cars for individual owners.

“Say goodbye to traffic congestion, weather delays and rental car/Uber hassles. Say hello to freedom,” said Sam Bousfield, CEO of Samson Sky and designer of the Switchblade, a vehicle legal for use on public roads that has wings that pop up from behind clamshell doors when it’s time to take to the air. It can hit 60 mph in 6.5 seconds on the ground and a cruising speed of 150 mph when airborne.

The Switchblade’s designers hope it will cut the time for a 500-mile road trip from 10 hours to a 3½ hours with a mix of flying and driving. The flying car could land at regional airports, which are generally within 30-minute drives of most homes.

With its turbocharged 200-horsepower engine, the Switchblade is relatively unusual among the many new personal car-planes and air taxis under development. Virtually all of the others rely on electric motors that would provide clean and quiet flight, a big selling point, considering how many could be filling the skies at relatively low altitudes.

When any air taxis will take off is uncertain. Uber had hoped to be ready to begin pilot programs in several places, including Texas and Dubai, about now, but between the pandemic and technical challenges, air taxi service isn’t likely to gain lift until at least 2023, Toyota officials have suggested. Hyundai is taking an even more cautious stand: Its first model isn’t expected to be hauling passengers until 2028 at the earliest.

Written by Paul A. Eisenstein