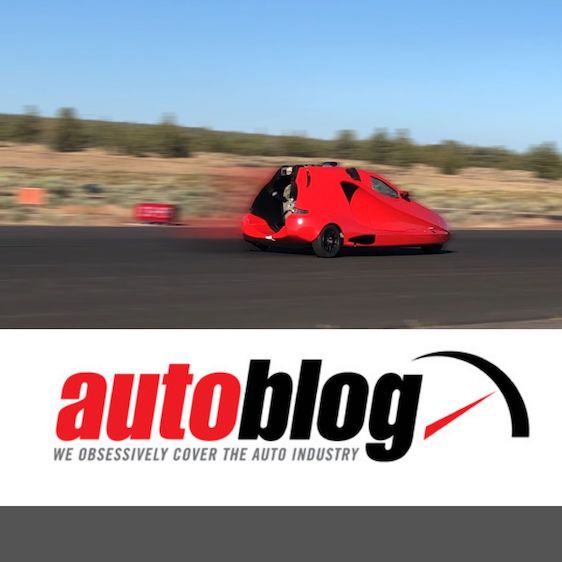 Like Doc Brown’s DeLorean, it will transform to take flight

Great Scott! A flying car outfit says that its V4-powered vehicle has achieved 88 mph on a runway. That happens to be its required takeoff speed but, sadly, it doesn’t travel through time. Like Doc Brown’s DeLorean in “Back to the Future Part II,” the Samson Sky Switchblade starts out on asphalt before transforming into its flying mode. Then, wings and a tail unfold from the body, giving the car its Switchblade name.

The car is powered by a turbo V4 that propels it to 60 mph from a standstill in 6.5 seconds and has a top speed over 125 mph. According to Samson Sky, the vehicle can be driven on regular streets, classified as a motorcycle, to your neighborhood regional airport.

From there, you can hit the skies for a cruising speed of 160 mph, though the top speed is 190 mph according to Samson Sky. The Switchblade claims a range of 500 miles, which Samson Sky says cuts a 500-mile trip down to 3.5 hours. Of course, that’s if you live within 15 minutes of a regional airport, which is a caveat in Samon Sky’s calculations.

In the (Photoshopped with blur) image included on the press release, the Samson Sky Switchblade’s wings and tail have not been deployed. So, to be clear, it’s in testing stages at the moment. According to the Samson Sky website, they are “now only months away from first flight” and as stated in the FAQ section, an airframe parachute is included.

Even so, the Switchblade has received over 1,300 reservations from 38 countries and all 50 states at its $150,000 asking price. You’ll need to get a pilot’s license before you can fly it, and a motorcycle license to drive it. After that, you won’t need roads where you’re going.