What Moves Us? (Or, Why don’t dogs fly airplanes?) 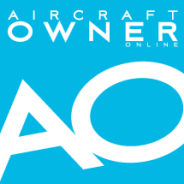 What is it that inspires innovation? What prompts an idea before it ever exists? What native ability fueled the Wright brothers’ passion and allowed them to soar skyward into the same air where so many others had faltered before?  The answer to these questions are simply “Imagination”.  Imagination is the one quality, found only in human beings, which places the future of “whatwill be” into the molding hands of man.

Sam Bousfield was raised by a mechanical father in a small rural town in northern California. His intuitive nature and creative mind led him to study design and engineering in college, and then go onto establish himself professionally as a successful architect. There he spent the next 20 years, bent over a drafting table, bringing countless earth-bound masterpieces to life. But for Sam, there was always a burning passion inside, to rekindle a wondrous freedom he’d felt as a kid, and to discover some way for many others to experience the same excitement he’d felt on that magical summer day.  For when he was just a young boy, he was parted from Terra Firma for the very first time after paying a penny-a-pound at the local air show for a quick ride in a small private plane. Now 45 years later, the recall of that first flight still brings a big smile to his face as he remembers his enthusiastic response, “This is really, really cool!”

While trying to develop a method to direct airflow efficiently around a fuselage and through a pusher propeller in 2000, Sam came face to face with a conundrum and a bright idea was born. His invention, which potentially promised a means to break the sound barrier in a propeller driven craft, not only attracted interest from an aeronautics professor of Stanford University and the Boeing Engineers he was working with, but even caught the eye of the now late Steve Fossett, record setting aviator, explorer and adventurer of the time. It was this spark of “imagination” which set Sam on a new course for his life, one where his steadfast determination to make a positive effect on the world of aviation took hold of him once again.

It was nearly nine years later that Sam’s “imagination” brought forth a clear concept of the Switchblade, a sleek new design for roadable aircraft unlike any that had ever been built before. His idea was to bring technology out of the future and down to earth today. To work out a truly unique packaging of components, that would create a practical vehicle which transformed rationally between the ground and the air. The difference between Sam’s vision and others extant in the field, was his own thoughtful design. He wanted more than a mediocre flying machine merged with a utility vehicle. He wanted something he could park in his garage that was sporty and nimble on the road, economical and even a bit sexy to look at. He thought it should come with air-conditioning and a sound system as stock equipment, so you could enjoy a comfortable drive to anywhere you wanted to go. And he wanted that ground vehicle to be ecologically smart, running on unleaded fuel that you could buy at a gas station wherever you happened to be. What’s more, he knew that to be practical, his flying car would need to be fully self contained. It would have to have lifting surfaces hidden away and protected from the elements, but in such a way that they could be exposed quickly and convert his vehicle into a quiet, comfortable and respectable aircraft, one with a cruising speed that could top 150MPH and a range of over 350 miles in the air. And that was the Switchblade Sam set out to design and build almost six years ago.

Advance forward to today and you will find Samson Sky Inc., occupying a small hanger in central Oregon, a place filled with the makings of an Experimental Class aircraft that will revolutionize the world of personal transportation for the better. One that will appeal to a new generation of pilots, one that will revitalize GA with its economical practicality, one that will bring choices and options to pilots that will make flying a safer activity, and one that will finally make the dream of a twelve-year-old Sam Bousfield come true.

His concept has now proven itself in extensive wind tunnel testing at the University of Washington in Seattle. It will fly and fly well. A ground test vehicle has demonstrated top speeds of over 100 MPH, faster acceleration than a Jaguar XK8, and the ability to safely negotiate a 700 foot “Road and Track” slalom course at nearly 50 MPH.  Final design work is now underway and on track for placing a conforming prototype into the air by early next year. The carbon fiber wings are currently in production, with some component parts now done and already assembled. The 180hp “Made in the USA” Motus V4 engine and matching propeller, stand ready on the workbench, waiting for completion of the Switchblade’s ducted fan fuselage.

And supporting the entire project are all the many enthusiasts (pilots and not), future kit buyers who have vested themselves in Sam’s vision, and who eagerly await having their own vehicle to sit in, to drive and to fly. For all of these people, there is belief in a coming shift, a change in the paradigm of life and personal transportation, a new age for aviation and finally the realization of actually having the freedom of movement that a vehicle like the Switchblade promises to provide.

Man has dreamed of a “flying car” for longer than he has flown. And there have been numerous designs over the years which have actually made it into the air, notably dating back to Molt Taylor’s Aerocar in 1959. More recently the Transition from Terrafugia, the Pal-V One and the Maverick have all proven themselves successful in flight. With every first flight in the field of roadable-aircraft, the scope of General Aviation extends out a little bit further, captures a little more interest from the land-bound people of Earth and lures them toward the sky. With every accomplishment made, we come closer to that wonderful world that we all can “imagine”, and yet the search for that illusive ‘ideal of the future’ still continues to this day. The dream of a flying car must represent more to us than a ground vehicle with some means attached to get airborne. It must be more than an airplane that can compact itself adequately enough to drive on a public roadway or park in a garage. So what does that image, imbedded in the human mind, represent? What are we all waiting to realize?

Despite everything that has launched into the air to this date, that question goes unanswered still. The fact is, our dream of the future has not yet arrived. No attempt is made here to denigrate man’s progress. Every step that the inventors I’ve mentioned above have taken toward this goal have brought us all closer to realizing that thing that we search for. In fact, it would not be out of line to call the people above architects of what is to be. For this is how the future has always been made – it has been molded by the hands of those who would dare to dream, those who have the insight, perseverance and the wherewithal to reach out with that magical human quality, grab hold of those things which we can only “imagine”, and bring them closer to reality for us all.