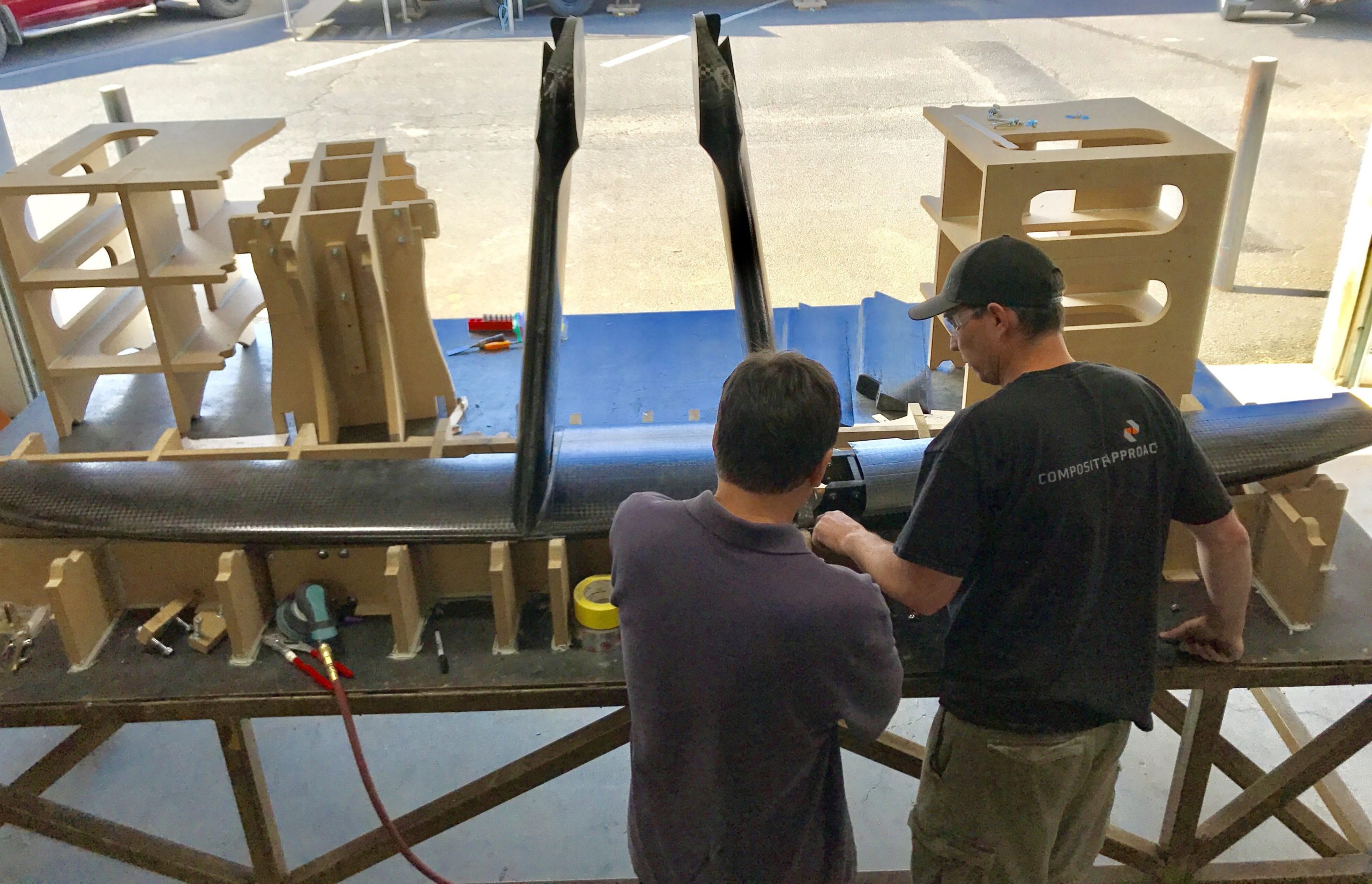 The tail is getting taller and bigger by the day. Below, the verticals are shown just prior to the rudders being attached. The verticals are 38″ tall. As you may have heard, the tail is being built upside down, so the horizontal section is on the table at the bottom of the page, and the verticals are above that in this image (but in actual use would be below the horizontals). At this stage, the horizontal tail surface still has one skin missing, so you can see down into the ribs and structure of it. All of what you see that is black is carbon fiber, which makes up most of the Switchblade structure. The gold pieces are coated aircraft aluminum that have been bolted into place. 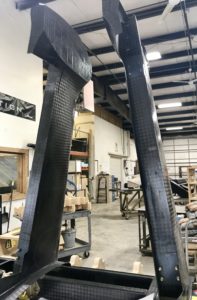 As more got done, we worked into the details of the connections that make the tail fold up and tuck away for ground mode. Having a tail and wing that is protected on the ground was one of the key decisions made early in the Switchblade design, and that was a critical step that is paying off for Samson. The Switchblade is insurable! Not every flying car can say that. In the photo at the top of the page Sam Bousfield (left) and Jason Hoeft (right) of Composite Approach talk through one of the hinging steps prior to bonding in the horizontals completely. In the photo, the horizontal skins are dry fitted, not yet bonded. The horizontal tail was manually folded up and down to make sure we had everything worked out before the aircraft adhesive was applied.

This is a historic moment, as Jason Hoeft (below) stands in front of the verticals with the rudders now attached. The tail became much more ‘real’ with the rudders mounted, as it can operate now. The tail is sporting those things that define an aircraft tail and allow it to function. Pretty cool!!!

If you will look at the upper right of the image below you will see the black and silver rudder actuator mounted for the right rudder. These are coupled directly with the rudder and will be guided by the pilot as part of the fly-by-wire rudder system. Our fly-by-wire system was developed to produce the safest rudder function possible with a movable tail such as ours. It is an incredible feat of engineering, making the Switchblade one of a kind in the world of flight, let alone in flying cars. 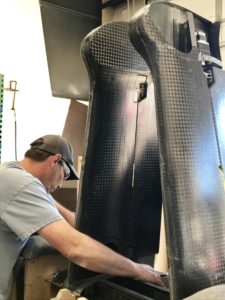