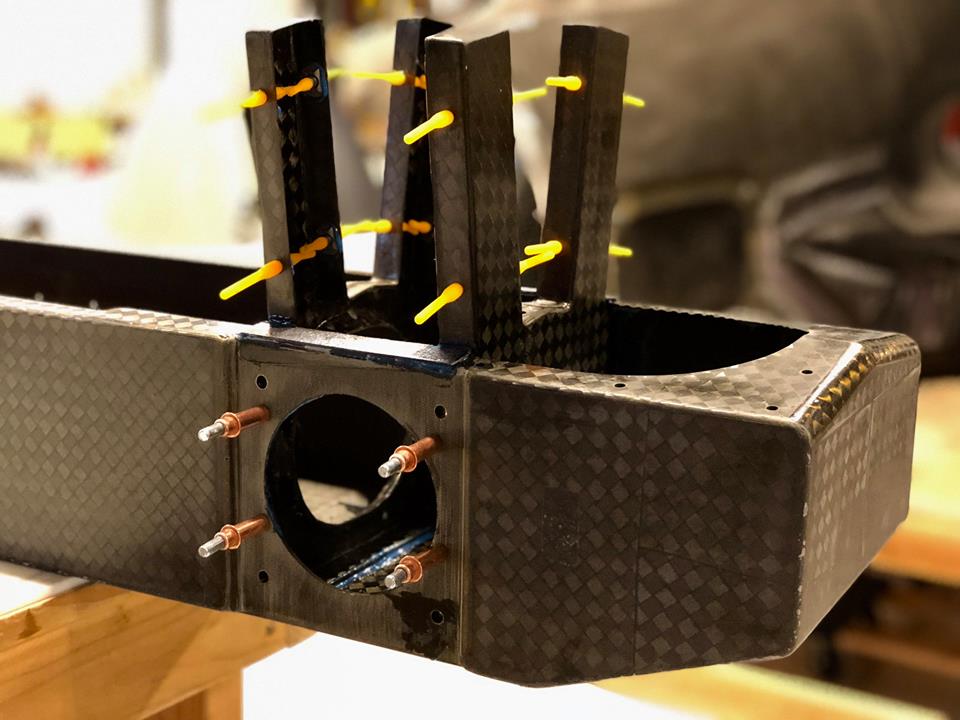 One more assembly that is being wrapped up is the second (final) tail boom shown in the image above. You may recall that we built an initial tail boom and tested it to FAA standards, then went beyond those standards and tried to break the boom. We failed, and broke the steel fixture that held the boom instead! The boom survived 140% of the ultimate loading required by the FAA guidelines. This means we not only passed the test – which is 100% – but we took it another 40% higher and passed at that level as well. The image below shows the boom upside down, with the little mouse ear shaped ribs now bonded into the boom sticking above the bottom of the boom surface. These ‘ears’ are the attach points and reinforcing for the small fixed vertical fins below the boom that were added for extra yaw stability (keeps the nose pointed straight into the wind).

The yellow plastic pieces are just being used to keep the nut plates (fixed and bonded in nuts) from getting adhesive in the threaded area. They are pulled out once the glue dries and re-used in many cases.