Sam’s Story and The Birth of The Switchblade®
J

I have been an Architect for most of my career with over 25 years of experience in that field. Near the end of that time, I had begun creating and pursuing inventions, several of which were patented. One was a trowel tool to set anchor bolts into concrete and finish around the bolt at the same time. I was also Scoutmaster for Boy Scout Troop 6 in Meadow Vista, California for ten years. I truly enjoyed working with young adults, and assisting them to increase their self-confidence and skills in the outdoors.

Between 2000 and 2003, I hired a group of Boeing engineers out of the Long Beach facility as consultants on a side project to design a propeller aircraft that could break the sound barrier in level flight. Not even NASA had been able to do that. The engineers were granted the use of Boeing’s computers after hours, and with the help from Stanford University Professor Antony Jameson’s iteration program, we designed a very sleek pusher propeller plane using proprietary body shapes that I had designed.

This aircraft design was the subject of four separate AIAA (American Institute of Aeronautics and Astronautics) scientific papers. The design caught the attention of a number of organizations including the Swedish government, which used my designs to recalibrate their wind tunnel through Mach 1.3 (hoping to gain business from Boeing).

My designs also came to the attention of world renowned adventurer, Steve Fosset, who chose this aircraft design as his next project once he finished with the ground speed record he was attempting at the time. Tragically, Steve was killed during a sightseeing flight in Nevada on September 3, 2007, and our project was never completed.

Having lost the opportunity to build a record breaking racing aircraft, I decided to take a more critical look at what aviation really needed – an aircraft that addressed personal and business travel needs in the 21st century. 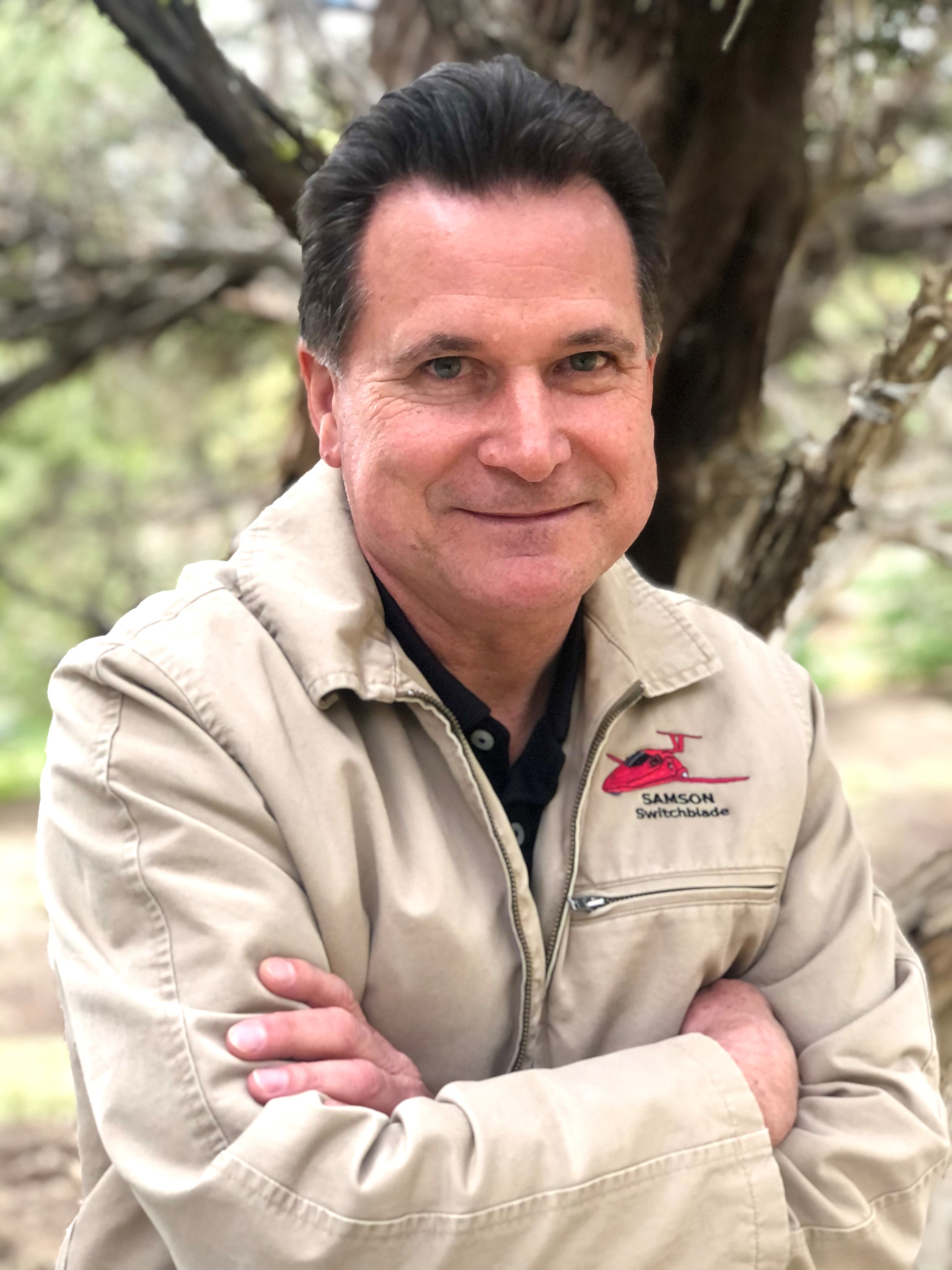 Birth Of The Switchblade

I could see that the future of transportation was in the air, but currently we are mostly on the ground. For example, of the 405 million long-distance business trips every year, 80% of them are by car, including 67% of the trips that are between 250 and 500 miles from home. So I decided to develop something that seamlessly merged air and ground transportation, using existing infrastructure, as the next step into that future. And the Switchblade was born.

I worked on the Switchblade concept design for two years, including initial aerodynamic studies completed by Swift Engineering of San Clemente, California. We also completed cost studies and professional marketing surveys to establish the viability of the market and price point. Based on that data, we determined that we had a viable new vehicle which met a large market need.

…I decided to develop something that seamlessly merged air and ground transportation, using existing infrastructure, as the next step into that future.

My wife and I provided the initial $750,000 of funding for this project. We funded the design work through the development of a business model, as well as a plan for funding, designing and manufacturing the Switchblade.

During this time, we also completed our first presentation of the Switchblade design to the aviation community at the nation’s largest airshow, AirVenture in Wisconsin in 2008.

The reception to the idea was overwhelmingly positive and we knew we had a winner. At that point, my wife and I dedicated ourselves full time to Samson Sky and the mission of introducing the Switchblade as a new vision of personal and business transportation in the world.

In addition to our investments in the initial stages of the Switchblade development, we also funded early work with money from family and friends, who nearly matched our original investment. Those resources brought us through testing a full scale prototype of the ground vehicle, validating the three wheel design in actual use.

We then hired DAR Corp out of Lawrence, Kansas, to do the full aerodynamic design of the flying vehicle. With an initial design completed, we built and test flew a radio controlled scale model of the Switchblade. From the resulting test data, we learned that the initial design did not have the specified flight control at the low speeds, but it wasn’t enough data to point to a solution.

The reception to the idea was overwhelmingly positive and we knew we had a winner.

Next we tested the scale model in the Kirsten Wind Tunnel at the University of Washington, Seattle. With that data in hand, we learned that the body of the Switchblade was a ‘lifting body’ – meaning the underside of the body contributed to the overall lift of the vehicle in the air, like the Space Shuttle – and yet the elevator control on the Switchblade tail couldn’t balance that force at slow speeds. The solution was a new tail design that moved the tail above the vehicle into cleaner air which provided more control at slow speeds. We built and tested the new design in the wind tunnel and the aircraft behaved as it was intended.

With the wind tunnel test data, we had validated the outer vehicle shape of the Switchblade. The next phase was working on the structures and systems that would support a full scale flying car.

AIAA engineers had been following the progress of the Switchblade development and, in 2015, I was invited to speak at their annual convention in Dallas, Texas. My topic group was Innovative Aircraft Design, and I addressed the Switchblade design process in my talk, together with five other presenters composed of NASA engineers and college professors who discussed other designs. The presentation was very positively received and I was invited back to address the AIAA in the future.

To fund the next stage of Switchblade development and build a flying prototype, we asked for investment from the supporters we had attracted in the early days, mostly pilots who had seen the Switchblade design at aviation events and read about it in publications. The response again was positive so we created a Pre-flight program that allowed future Switchblade owners to purchase a vehicle at a discount with the promise of an early delivery position. The purchase agreements were executed as convertible notes, giving the Note Holder the chance to test drive and fly the Switchblade before deciding to take delivery of a Switchblade kit or payback of the note.

With the Pre-flight funding in hand, we began the engineering of the carbon fiber structures of the vehicle. We made molds and parts, and began assembling the prototype vehicle. In this period, we succeeded in working through the complexities of a vehicle designed to be high performance in both flying and driving modes, as well as solving the many systems challenges unique to the Switchblade. 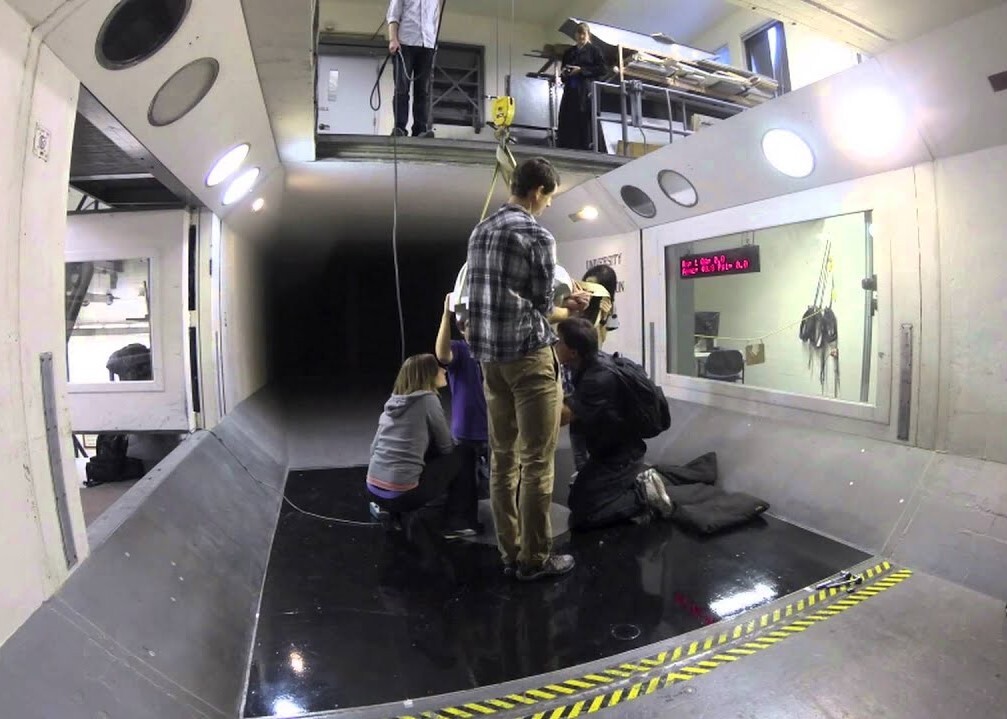 In April of 2016, Samson Sky initiated a no deposit Reservation Program, and began accumulating hundreds of people on the waiting list. On September 24, 2021 Samson announced that Reservation Position 1,500 had been reached!

Arguably the most popular flying car in history, the Switchblade has Reservation Holders hailing from 45 countries, including all 50 States in the U.S.

After First Flight, a $2,000 deposit is required to reserve a position.

Arguably the most popular flying car in history, the Switchblade has Reservation Holders hailing from 45 countries, including all 50 States in the U.S.
J

Most Popular Flying Car In History

Having reached the milestone of Reservation Position 1,500 – with customers hailing from 45 countries, including all 50 States in the U.S. – the Switchblade is arguably the most popular flying car in history.

By some accounts, there have been over 100 attempts to build a viable flying car since 1908. Very few of those designs ‘flew’, as they say, because each failed to solve a fundamental challenge: creating a flying car that is both a high-performance car, by modern standards, and a high-performance airplane. People have been waiting for a truly practical flying car and one that is extremely safe as well.

From the beginning, the design objectives for the Switchblade have been to satisfy these crucial goals. According to the prototype testing results, the Switchblade is proving to be an impressive sports car and a first-rate airplane, in a single integrated vehicle. With the choice to fly or drive, depending on weather conditions, and the option for a full vehicle safety parachute, many people believe the Switchblade will be one of the safest vehicles ever produced.

… the Switchblade is proving to be an impressive sports car and a first-rate airplane, in a single integrated vehicle.
Reserve Your Switchblade
Get The Newsletter