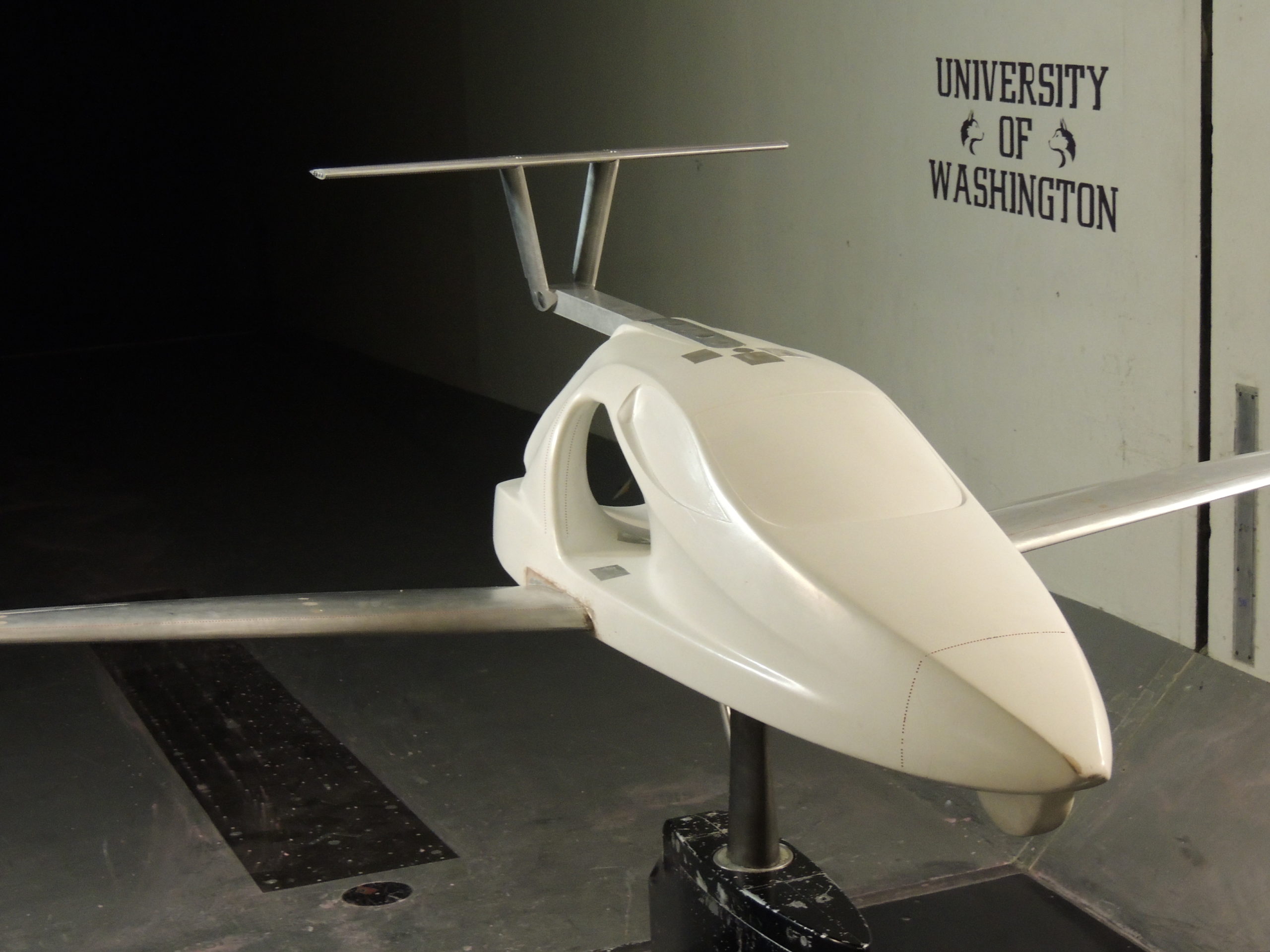 The wind tunnel testing at the University of Washington in Seattle was finished last Friday to good result, with the initial results showing that the final tail design produced significant increase in stability. Willem Anemaat of DAR Corp, our aerodynamic team, was happy with the results. As per last time, the numbers need to be crunched to get the final results and a thorough review, but we were pleased with what we saw. There will be some video posts on our Facebook page on the testing, which will show what it is like to go through this type of testing. It is generally many minutes of waiting while each test is done, and then the team goes into fast action to dash in and change out the settings on the model to get ready for the next run of tests. 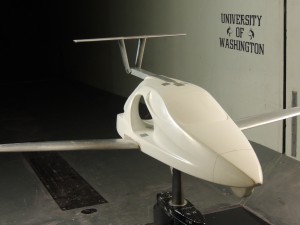 The new tail is nicknamed the VT Tail, as it has two verticals and a horizontal. Normally, a vertical with horizontal on top is a T Tail, so unless we come up with a different name, VT Tail will have to do. Maybe we will have a Facebook and online contest to “Name the Tail”. Winner gets a Samson jacket? Anyone with an idea for a name? The tail rotates downwards 180 degrees, and while it is rotating the horizontals fold down over the verticals so that the package resides inside the duct when the tail boom is retracted. This will be all one action when you pull the lever to move into ground mode from flight mode, so will be very simple for the pilot. This new tail gives more freedom in designing the exterior of the vehicle, and we are nearly done with those changes so we can now finish the structural design of the fuselage (body).

Our first prototype parts have been taken out of the molds and oven now, and more molds are being made and carbon laid in for the next round of parts. The parts are first laid out in the mold, then bagged and a vacuum applied to pull out excess resin. Then the part is cured in an oven at high temperatures to bring out the best qualities of the carbon fiber cloth and resin combination. We are using the same materials that Boeing and other certified aircraft use, so that we get predictable results.

We also received our 160 hp V-4 motor from Motus today. This image of it still in the crate may not do it justice, but we will show you more pictures as we un-crate it and move forward. This is the engine that will be utilized for the flying prototype after extensive testing on the ground with the transmission, and later with the propeller. First step is to mount the accessories like alternator (generator) and air conditioning compressor, and then we will tune it with our engine management computer. We may sneak a supercharger in there as well, as we know that many wanted to have more power than the 160 hp base model.

Didn’t we tell you that things were really starting to accelerate here?