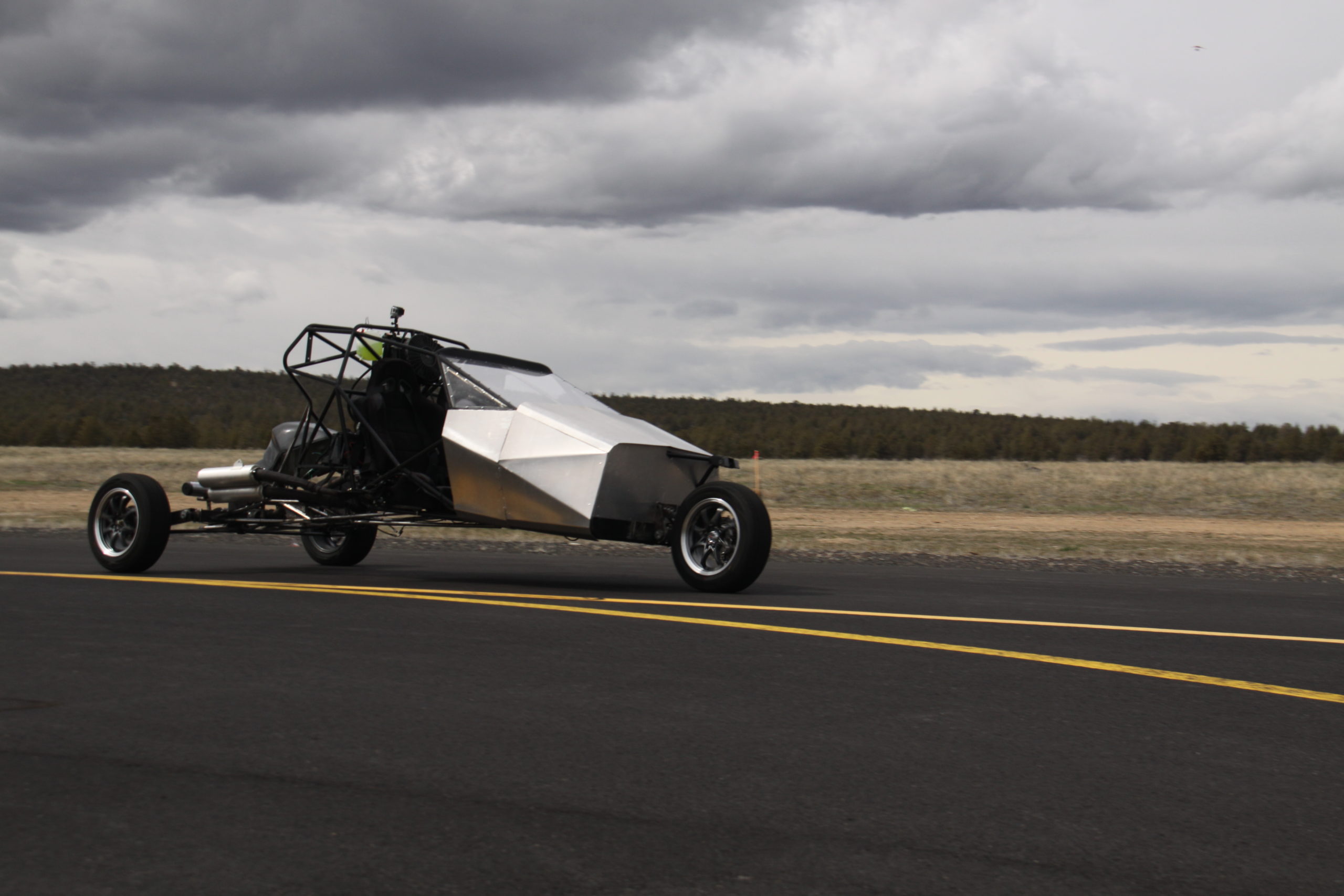 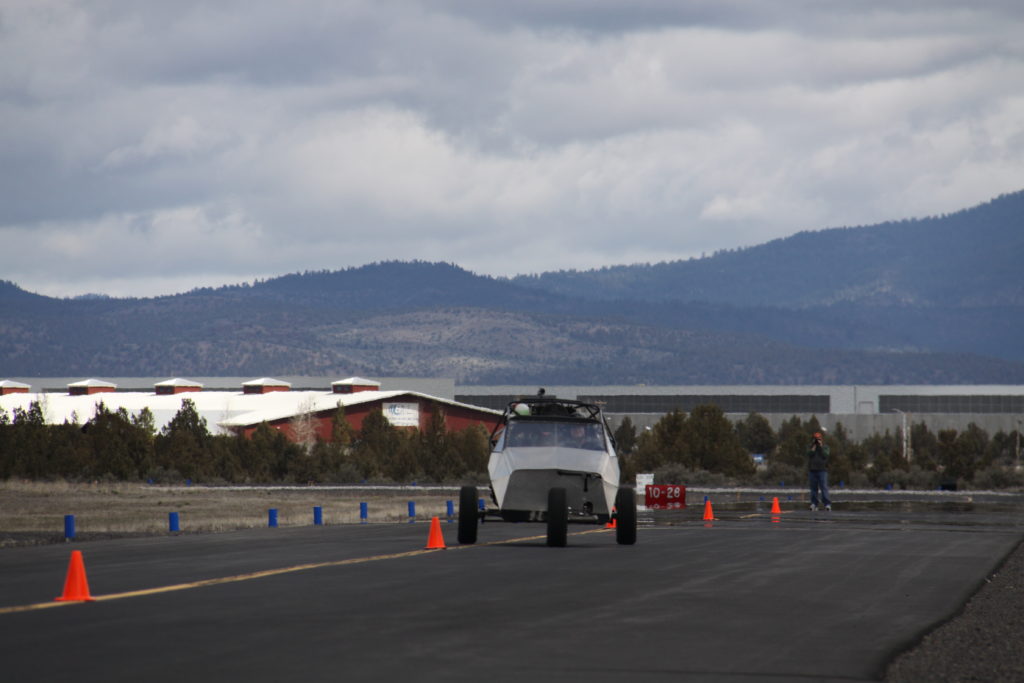 We had a great time doing slalom testing of the Switchblade ground prototype! Our 700′ course was set up with eight cones spaced 100′ apart, per the standards of the Road and Track slalom testing procedures.

The Switchblade has a long wheel base (distance from front to rear wheels) and as such rides very smoothly. In the video we posted on Facebook today, it looks like the prototype is gliding slowly along, but in reality we were pushing the vehicle pretty hard. By comparison, the Facebook video we will post tomorrow was taken by a GoPro mounted on the roof, and gives a more realistic representation of what the driver saw during testing.

Short wheel base cars like the Porsche Boxter are kings of the slalom. To get enough wing area under the belly between the front and rear wheels we end up with the wheelbase of a truck, so we have our work cut out for us to get into sports car range on the slalom course.

Our first day of testing was without an anti-sway bar, and went as expected. We did multiple runs in both directions and averaged the best of those, getting an average speed of 38 mph. Not that impressive. We then fabricated and mounted the anti-sway bar, and after a short break due to weather, ran the course again for Round Two testing. Speed increased noticeably to 48 mph through the 700′ slalom course. Though much increased, it was thought that we could go faster.

Based on observation during testing and examination of our video footage, it was determined that the differential (splits power to two rear wheels) was not allowing the rear wheels to turn at different rates around corners, and was actually forcing the vehicle to go straight. We are ordering a replacement differential to correct the problem. Round Three coming up! We will also tweak the vertical alignment of the front wheel prior to further testing.

Here is a link to our Facebook Page with recent videos of our slalom testing – Round Two!