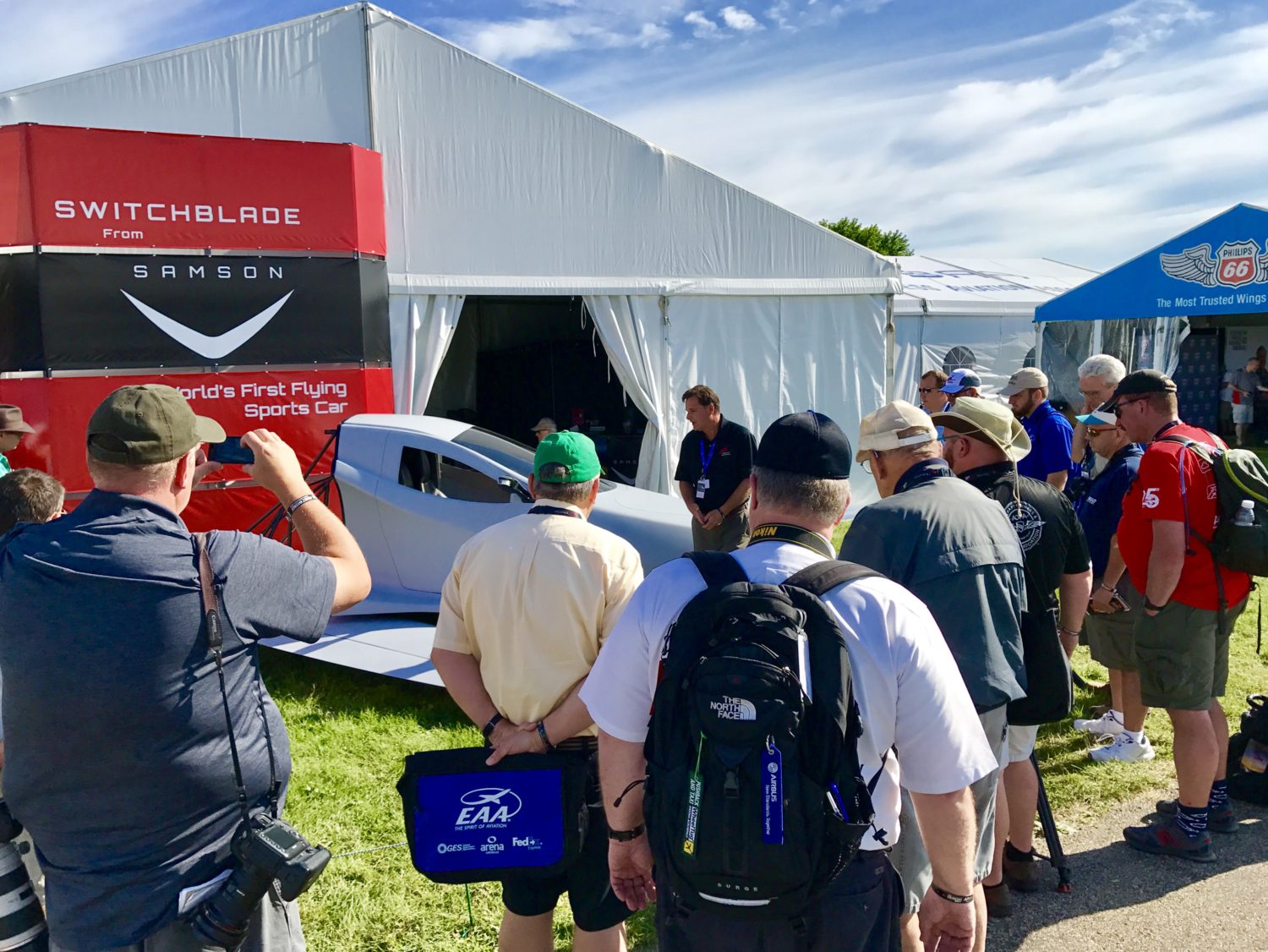 The Samson Switchblade is mentioned in Briefly Noted, on page 13.

Under the title, SAMSON UNVEILS SWITCHBLADE FLYING SPORTS CAR, the informative article states that we unveiled our Switchblade flying sports car project during a press conference at EAA AirVenture Oshkosh 2017. It goes on to explain that the Switchblade is technically a motorcycle when driven, due to its three wheels, and will be licensed as an experimental aircraft in the sky, being sold in kits.

“Estimated assembly time is three weeks, as Samson will have assembly lines set up where homebuilders can work on their kit with help from staff members. Samson estimates the cost of the kits at $140,000, which includes avionics and a four-cylinder, turbocharged engine.” (It should be noted that this also includes the interiors package and Samson Builder Assist Program.) “The aircraft parts of the Switchblade are built to FAR 23 standards, and the wings fold up into a protective clamshell while the vehicle is on the ground.

The Switchblade is expected to reach speeds of more than 100 mph on the ground, with its top speed in the air predicted to be around 190 mph, with a planned cruise speed of 160 mph and an expected range of about 450 miles. Samson says 58 units have been pre-sold, and 200 people are on the reservation list.”