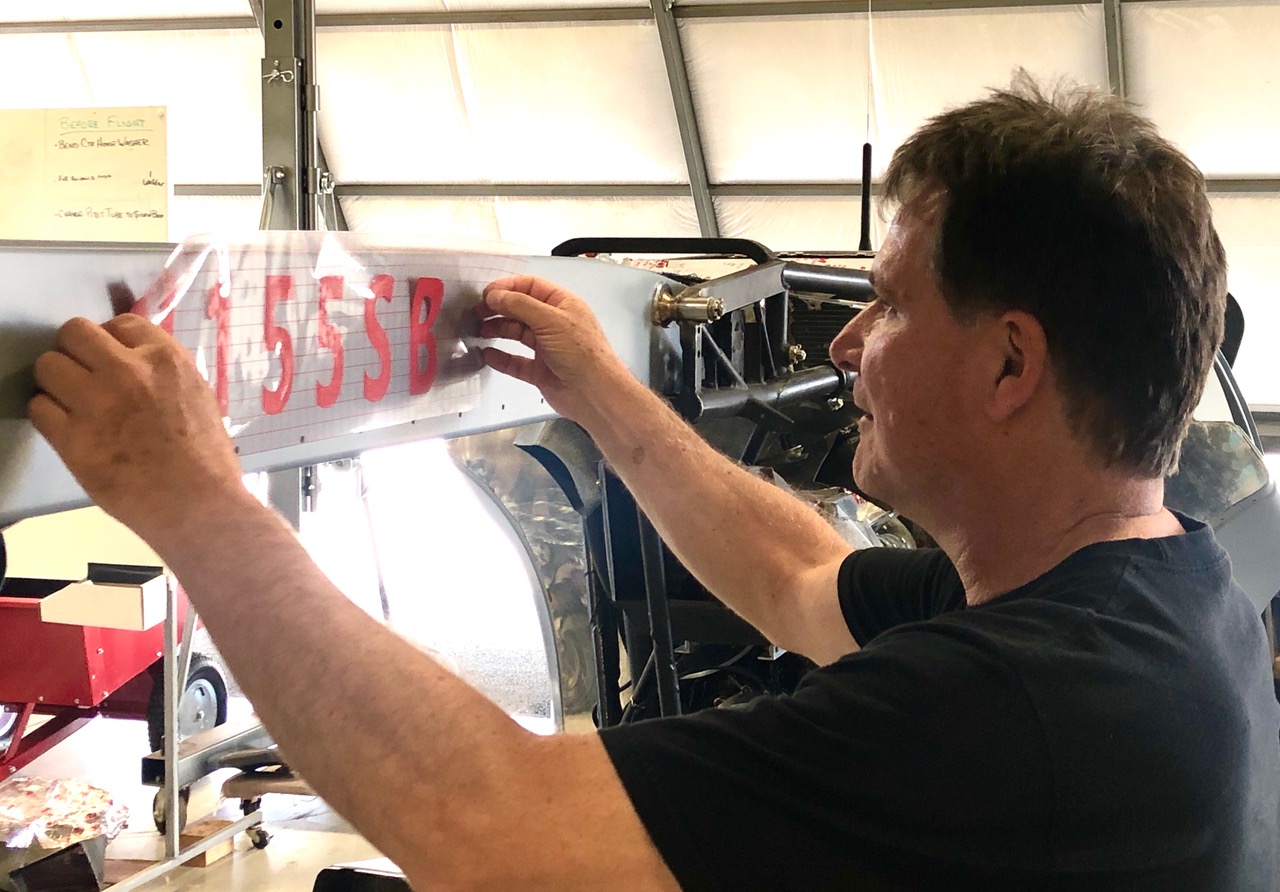 One of the steps needed to get the Switchblade ready for the FAA inspection prior to first flight was to put the FAA registration numbers, typically called N numbers in the US, onto the aircraft. All countries have aircraft numbers, and part of that is the country designator. For the US, all aircraft begin with ‘N’, followed by numbers and/or letters. The Switchblade prototype is N155SB. In the image, Switchblade designer Sam Bousfield is applying the tail number to the tail boom of the Switchblade. The Team wanted red colored numbers, but once we saw them outside it became obvious that it would be easier to read if they were black, so we will change them soon.