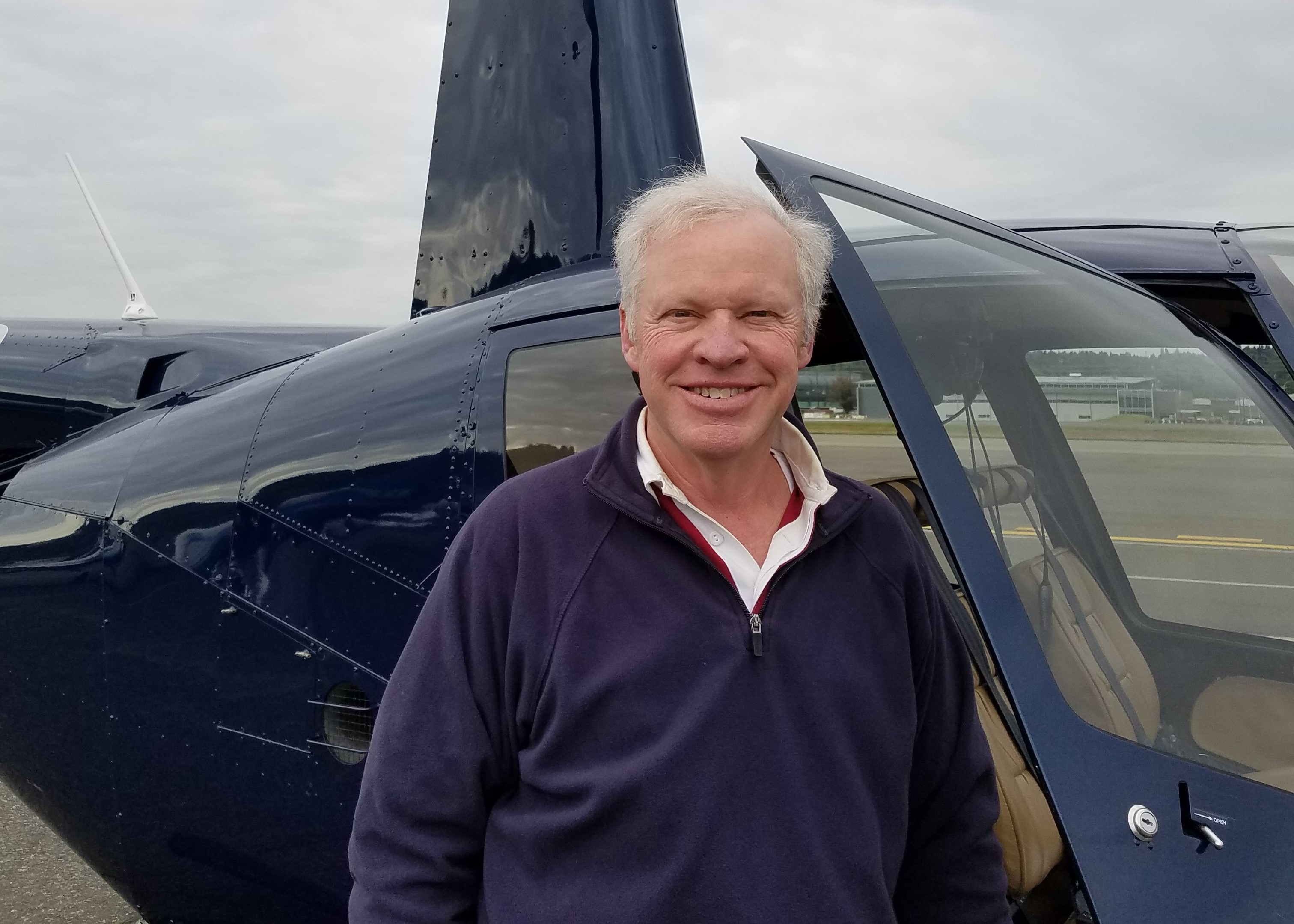 I am as excited about the Samson Switchblade concept as anything I’ve ever done.

My love for aviation began during my Junior High years in Wichita when my father paid $5.00 for my first flight in an airplane as part of a March of Dimes airlift. That was momentous for me as it led to other March of Dimes airlifts including one in the “Spirit of Wichita” Ford Tri-Motor. I spent many an afternoon hanging onto a fence near the runway at a Wichita area Beech Aircraft plant watching the test pilots taking off and landing. My love of aviation peaked about 22 years ago when I obtained my Private Pilot’s License in Corvallis, Oregon where my wife worked as the Office Manager at an FBO.

Over the years I have owned 11 fixed wing aircraft and 5 helicopters. I currently own an F-1 Rocket and a Robinson R44 Clipper II. Although much of my flying activities have included the journey between Southern California and Washington, my preference is to take friends and EAA Young Eagles on the “Bay Tour” through the heart of San Diego Bay in my helicopter. I am hoping that the Samson Switchblade will become my sole aircraft and allow me to divest myself of my hangar.

I am as excited about the Samson Switchblade concept as anything I’ve ever done. I have been left stranded at more than a few small airports following a long cross-country flight and finding no sign of available transportation. The thought of landing, converting over to ground transportation and continuing on to my final destination is fantastic.

Something as simple as flying over the congested highways around Seattle and landing at Boeing Field to make a final drive of a mile or two to a downtown destination could bring a big smile to anyone’s face. More importantly, landing short of marginal weather conditions on a cross- country flight and continue on to my final destination with three wheels on the ground is comforting – to say the least.

In addition to aviation, my interests include collecting 60’s and 70’s vintage Chevrolet cars as well as vintage Honda motorcycles. Those vehicles take me back to my wilder days of High School and College when I once held a national AHRA drag racing record. I also enjoy riding motorcycles and sailing. Recently, I helped my best friend Joanie plant a large rose garden, after she retired.