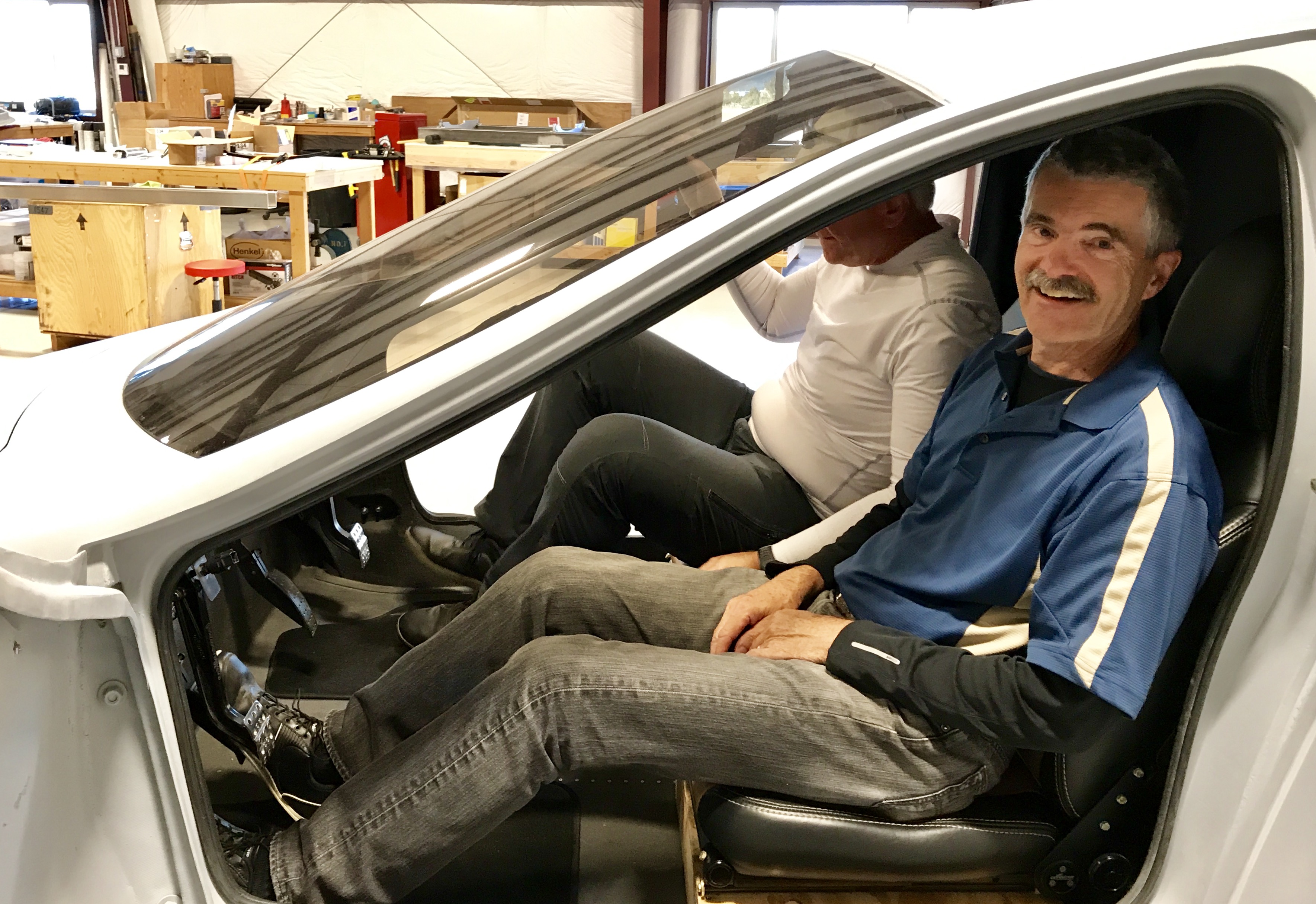 What convinced me to make the plunge was an obvious first-rate design and development plan, with ‘proof of concept’ and prototype testing that far surpassed what’s required for an Experimental Aircraft.

I have always been an early adopter of new technology. Any time something comes along that looks like it has great potential, it catches my eye, and I’m happy to say that I’ve been successful at spotting worthwhile ideas before the mainstream public catches on. I bought into GPS for automobiles back when we only had PDAs (Personal Digital Assistants), way before cell phones started incorporating them. I bought a Sonos whole-house wireless music system a couple of days after it hit the market, and I pre-ordered an Amazon Echo (can you say Alexa?) the first day I heard about it. (I now have 8 of them sprinkled about the house, and one in my truck.)

I first heard about the Samson Switchblade after getting tired of seeing no progress on my first love, the Moller Skycar, for an extended period of time. I started surfing the internet for anything about flying cars. One lucky search turned up Samson Sky and their unique design. It caught my attention immediately, as I saw its potential as a groundbreaking concept with an immense upside. The ability to fly an extended distance at a high rate of speed, touch down, fuel up at a regular car’s gas station, and then drive to a hotel, park, or business meeting without having to hail a taxi – just makes perfect sense. And to be able to do that in a beautiful, eye-catching vehicle everyone will be ogling over is a bonus.

However, seeing the potential is one thing, and investing in it is another. Even though I’ve had a good string of success buying into new technology, I’ve also had my share of failures. I routinely buy into new gadgets on Kickstarter, where my success rate has been less than stellar. People can have great ideas, but many don’t have the expertise to turn those ideas into a bonafide product. So when I started sizing up the Switchblade and its incumbent costs, I knew I had to make a careful assessment before committing some hard cash.

What convinced me to make the plunge was an obvious first-rate design and development plan, with ‘proof of concept’ and prototype testing that far surpassed what’s required for an Experimental Aircraft. As a retired electronic design engineer who for 33 years developed electronics for the military and had to prove their capabilities through formal testing, Samson’s approach gives me confidence that the final Switchblade product will perform as required. What helped my decision was the fact that Samson built and tested a ¼ scale radio controlled model of the Switchblade, and that they performed formal wind tunnel testing at my alma mater, the University of Washington.

A product is only as good as the people who design and develop it, and I’m thankful that since becoming an investor, I’ve been able to meet the developers of the Switchblade, Sam and Martha Bousfield, in person at their development hangar in Prineville, Oregon. They graciously stayed late one evening to meet with me and my golfing buddies after a round of golf. The shop was clean and neat, and they had several things on display for us to see. We saw (and sat in) the partially completed Switchblade prototype, the motor, the 5 bladed propeller, and the boom for the tail. As a Switchblade Owner, I was excited to see all of these things in person. Sam and Martha, two of the nicest people you will ever meet, spent a considerable amount of time answering my questions and those of my buddies. It was a great visit, and even my non-pilot buddies were impressed.

I can’t wait to hear the results of the first flight, and for the production line to get set up and running. I only wish that I had made my decision to invest earlier, so that I would be closer to the beginning of the line of excited people who want to get their hands on a Switchblade.