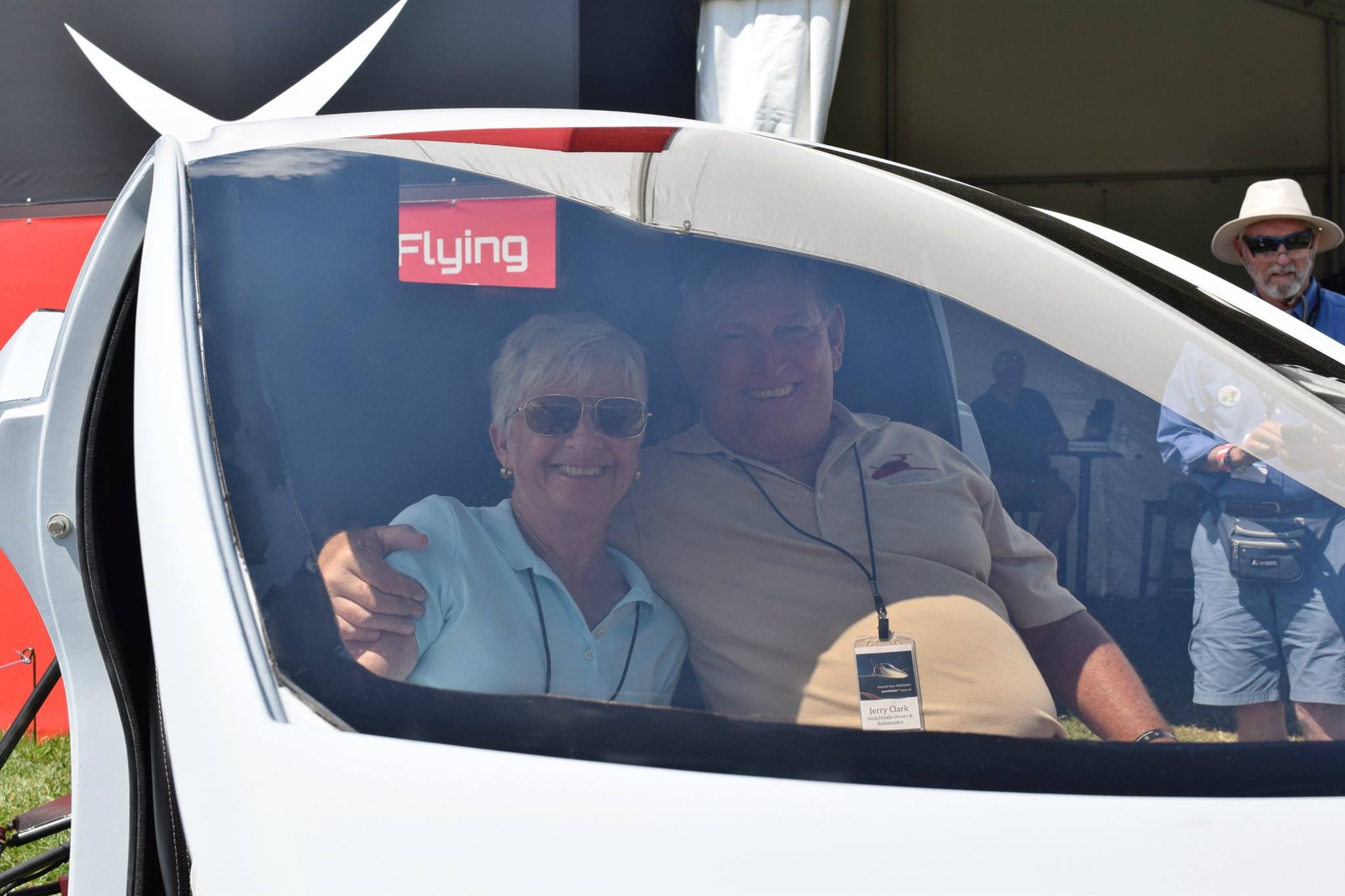 The era of the ‘Jetsons’ will have ﬁnally arrived and the world of aviation will undergo the same transition that the internet generated in the 1990’s.

The USAF and a regional commuter paid me to ﬂy in my younger days, but that was before the necessities of supporting a family forced me out of aviation for some 20 years.  My professional career in the aerospace industry provided a great life for my family and college for my children, but it also left my dreams of being involved in aviation unfulﬁlled.

Then in the early 90’s an uncle took me to Oshkosh, and that stoked the ﬁre of my ﬂying lust again. “It” was the Lancair, but unfortunately my lifestyle still dictated that I could not build it myself, nor even pay for hangar space while putting children through college.

I stayed active in the EAA, but always from afar, as I knew the cost and inconvenience of current general aviation was outside of my reach.  As I approached retirement, I continued following the changes and evolution in general aviation.  Then somewhere around 2008, I saw pictures of the ﬁrst Switchblade and knew that this was the right approach for me.  The vehicle could be parked in my garage, I could drive to the airport when I wanted to ﬂy, and it was a vehicle that could ﬂy outside of my locality.

We are lead in many directions in our lives, but when my wife and I got more familiar with this amazing vehicle, both of us became as certain as when we met and were married, that ﬁnding a way to put a Switchblade into our future would be a good decision.  As we became more and more involved in this project, the engineer in me began to assess, on a systems level, what was really happening. Could an individual take a dream, a plan like this, to fruition?  I watched, impressed with the methodical approach taken by Sam Bousfield. I liked what I saw, and decided then that it was time for me to either “put up or shut up”.

Since making that commitment, my wife Connie and I have joined the group of Switchblade Owners, and I look forward to every update like a kid does at Christmas. To date, I have not been disappointed with Samson’s results.  Though I do not know the complete business plan, or the complete developmental issues, I do know that my investment is sound and secure.

We live in a generation of disruptive innovation – it’s in almost every part of our lives. The Samson Switchblade will be to General Aviation what the iPhone was to telecommunications.

I believe this vehicle will revolutionize general aviation in ways the Terrafugia, Aeromobile or PAL-V cannot match.  When the Switchblade ﬁnishes its ﬁrst ﬂight and the nuances of construction are resolved, there will be something really new and really different in General Aviation. There will be a vehicle that is not subject to any of the cost elements currently facing GA. The Switchblade will be a truly modern aircraft, one that looks like an aircraft in the air, and looks like a ground vehicle on the ground.

The era of the ‘Jetsons’ will have ﬁnally arrived and the world of aviation will undergo the same transition that the internet generated in the 1990’s. The technology of our time will ﬁnally be in the air at a price that is reachable.