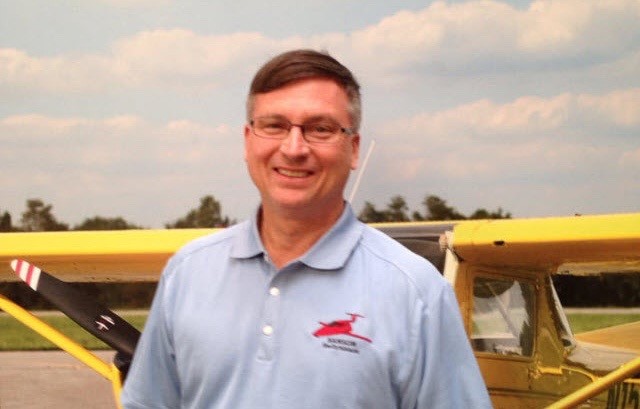 I’ve longed for the day when one vehicle could do it all. When I first saw the Switchblade, it made sense right away.

For starters, I have always wanted the freedom to fly from point to point. That’s why I have a helicopter rating as well as being a fixed wing pilot. The problem though, is that even with vertical takeoff it still requires additional ground transportation, not to mention the fact that it’s even more impacted by weather.

Just with the travel I do now, having to deal with airports, flight delays, crowded seating, rental cars, and every other such inconvenience you can think of, I’ve longed for the day when one vehicle could do it all. When I first saw the Switchblade, it made sense right away. It looked better for one, plus it was a more practical approach at creating a flying car than any of the other designs which have been, or are being tried.

And Samson seemed to have perfect timing too, as all the technology is right now falling into place. It was clear to me the Switchblade was the best solution to all of the inconveniences I was experiencing.

And then, along came the early purchase plan, which was too good to pass up. It took a little creative financing on my part, but what better way to put my money to use than using a self-directed IRA for something I was saving for anyway and really wanted.

It is my hope that with success of the Switchblade, new possibilities will move forward too. I would be excited to see things like a vertical lift version developed, and other vehicles come about in the future.

Several years ago I had the opportunity to visit the Samson facility in Prineville, meeting Sam Bousfield and the crew. Since then, I have attended Sun ‘n Fun and AirVenture the last two years, spreading the word with the ‘Switchblade Squadron’ of fellow Owners. Several of us gave Switchblade forum presentations to back up Sam, who was focusing on the prototype build in Oregon. I was invited to be a speaker on a Flying Car Panel at the 2017 NBAA (National Business Aircraft Association) Convention in Las Vegas, where the Switchblade generated quite a bit of interest.

At EAA AirVenture, the last few years, it’s been great to see the crowds of people and media attention the Switchblade attracts. It’s getting even more exciting with the soon to be coming First Flight.