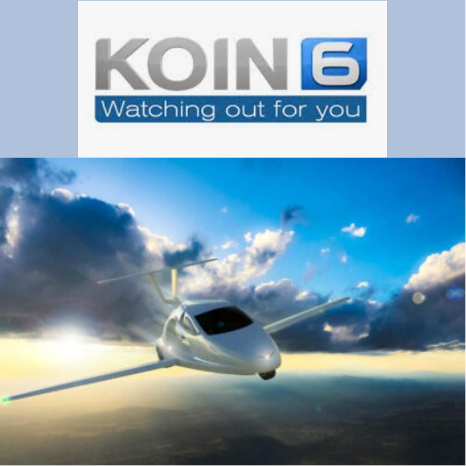 Flying car made in Oregon is weeks away from taking off

The Switchblade has been a work in progress for 14 years

Flying cars are something humans have been dreaming of for the last century. In Redmond, that dream is about to become a reality.

The Switchblade, an aircraft that doubles as a car, is just weeks away from getting its wheels off the ground after a Federal Aviation Administration inspection on July 15 determined the invention is safe to fly.

The project has been 14 years in the making, and Sam Bousfield, CEO of Samson Sky and inventor of the Switchblade, said he’s “stoked” to reach this milestone. After passing the FAA inspection, his team wasted no time in beginning the high-speed taxi test. They were out on the taxiway the next day.

“ took off their ‘I’m doing R&D’ and they put on their ‘I am flight test’ crew hat, and I think that really set the tone for everything after,” Bousfield said. “So, we’re in a different game now.”

The high-speed taxi test was the first step. The next is flight. Bousfield said the Switchblade’s rubber could leave the road within the next few weeks, as soon as it’s ready to fly.

Bousfield, an architect-turned-inventor, said he’s been dreaming of and drawing flying cars since kindergarten. He said he can’t remember a time when the concept of a flying car didn’t interest or excite him.

While most people were asking “How do you make a car fly?” Bousfield instead looked at the challenge of creating flying cars a different way.
“The question to me was ‘What layout of the vehicle, the overall design of the vehicle, is needed to actually have something that could both drive and fly?’ And I answered that question. And that’s how we got the Switchblade,” he said. 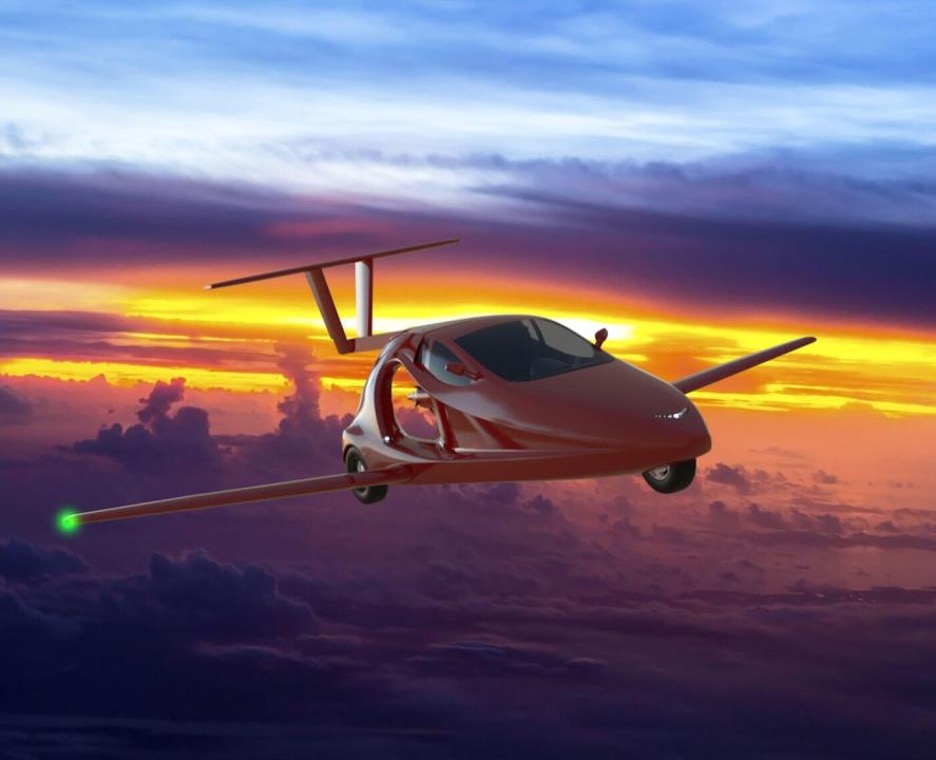 This digital rendering shows what the Switchblade flying car would look like in flight. Photo courtesy Samson Sky

Just like a pocket knife, the Switchblade’s wings slip smoothly into the body of the vehicle with the touch of a button, allowing it to seamlessly transition from sky to air. Its tail also unfurl or retract, depending on if it’s being used to fly or drive.

The idea is that the vehicle could be parked in a garage, driven to an airport, flown to a new destination, and then driven anywhere on the ground after it lands. When a trip is over, the user can fly it home or fly it elsewhere.

Samson Sky is trying to make the Switchblade a world-class vehicle, giving it all the amenities of a car, including a hybrid electric drive system.
“It’s like a little flying sports car,” Bousfield said. He said unlike flying on jets, people would have control of whom they travel with, what time they depart, and could ensure their bags don’t get lost.

The Switchblade can hold two people, fly at 160 mph and reach a max elevation of up to 16,000 feet – much lower than the 30,000-40,000 feet a commercial jet climbs to. Bousfield said this allows passengers and pilots to take in the views from a whole new perspective. 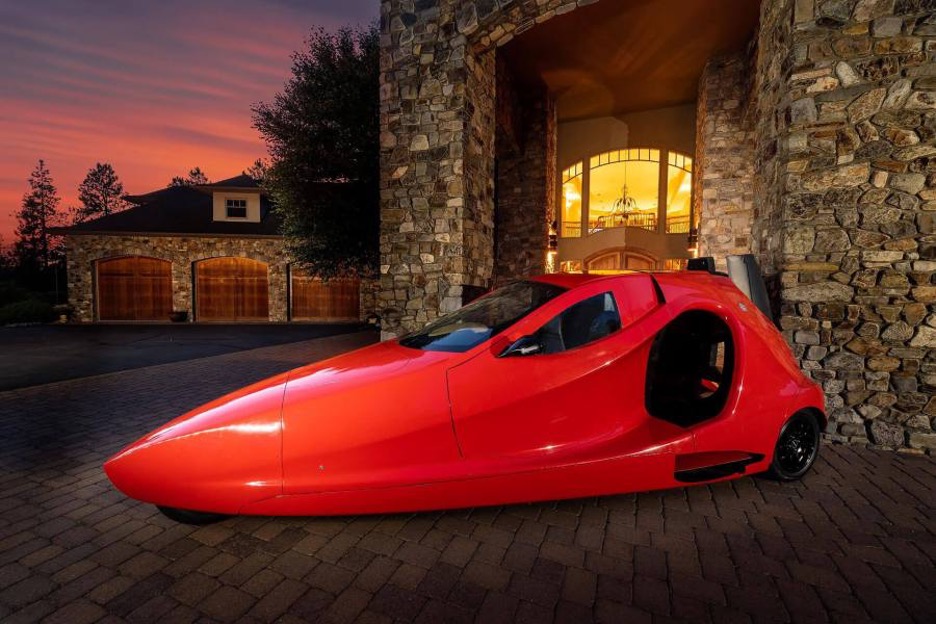 This digital rendering shows what the Switchblade looks like when it’s being used as a car. The wings slide into the belly of the car and the tail retracts. Photo courtesy Samson Sky

Five years ago, KOIN 6 News visited Samson Sky to check out what Bousfield was building. At the time, he thought there would be 500-600 Switchblades traversing the sky by 2022.

So far, that’s not the case.

This hasn’t discouraged Bousfield. In fact, he said the progress his team continues to make is what drives him to pursue his flying car.

“The speed at which we do things is the biggest motivation for me. You start knocking down targets and really getting things done – it really fires up the team,” he said.

Now, he said it will likely be another few years before people are flying Switchblades.

When they hit the market, Bousfield expects they’ll cost about $170,000.

On its website, Samson Sky allows people to reserve Switchblades in advance. There’s no cost to make a reservation. However, a deposit of $2,000 will be due within 45 days of the Switchblade’s first public flight.

So far, more than 1,670 people have made reservations and Bousfield said the number grows almost daily.

One thing that still remains uncertain about the Switchblade is how people can insure it. Insurance for a flying car does not exist. For the moment, Bousfield expects owners of the Switchblade would need to purchase both car insurance and aircraft insurance.

So far, the Switchblade has been built and tested entirely in Oregon, although Samson Sky says it’s drawn interest from people around the world.
“When we see people that this solves their problem every day… that has to give you a little bit of a boost, a little bit of a, you know, you can make it through another week making this thing happen,” Bousfield said.

At the moment, Bousfield said his life motto has become “road + sky = endless possibilities.” He said it’s what he lives and breathes and it’s another motivation to continue chasing his childhood dream.